OMAHA (DTN) -- In his first State of the Union address Tuesday evening, President Donald Trump spoke about improving the nation's trade agreements and touted tax reform and slashing regulations, all while pushing for Congressional support for rebuilding America's infrastructure -- all issues important to farmers and ranchers. He also called on both parties to work on immigration issues to safeguard the nation's borders.

However, with U.S. Agriculture Secretary Sonny Perdue not in attendance for the speech, as he was the so-called "designated survivor" of the president's cabinet, Trump made no mention of ethanol, agriculture or the North American Free Trade Agreement by name in his nearly 90-minute speech.

Though President Trump didn't mention biofuels, he said his administration had "ended the war on American energy" including clean coal. "We are now an exporter of energy to the world," he said.

The president also did little to move from his position on renegotiating or walking away altogether from NAFTA, though he did talk about the need to improve trade deals.

"America has also finally turned the page on decades of unfair trade deals that sacrificed our prosperity and shipped away our companies, our jobs and our nation's wealth. The era of economic surrender is over. From now on, we expect trading relationships to be fair and to be reciprocal.

"We will work to fix bad trade deals and negotiate new ones. And we will protect American workers and American intellectual property, through strong enforcement of our trade rules."

The president also laid out his vision for rebuilding the nation's infrastructure.

The president called America a "nation of builders" that built the Empire State building in one year. "Isn't it a disgrace that it can now take 10 years just to get a permit approved for a simple road?"

"I am asking both parties to come together to give us the safe, fast, reliable, and modern infrastructure our economy needs and our people deserve," Trump said.

The president's proposal calls for about $1.5 trillion in federal investment to fix the nation's roads and bridges and other infrastructure.

Trump called for federal dollars to be spent "leveraged by partnering with state and local governments and, where appropriate, tapping into private sector investment -- to permanently fix the infrastructure deficit."

In addition, he said infrastructure legislation should also include streamlining the permitting and approval process.

Trump also used his address as an opportunity to tout the new tax reform law.

In recent weeks, more than 250 companies have cited the tax law in announcing bonuses, pay raises and plans to grow their operations. A number of changes to the tax code affect farmers.

The corporate tax rate was reduced from 35% to 21% and includes several provisions such as immediate business expensing and expanded Section 179 deductions -- all meant to stimulate business growth and higher incomes.

The law also ends the health-insurance mandate under the Affordable Care Act. With the estate tax, the asset exemption was bumped to $11.2 million per person or $22.4 million for a married couple.

"Just as I promised the American people from this podium 11 months ago, we enacted the biggest tax cuts and reform in American history," the president said.

"Our massive tax cuts provide tremendous relief for the middle class and small businesses. Since we passed tax cuts, roughly three million workers have already gotten tax cut bonuses -- many of them thousands of dollars per worker. This is our new American moment. There has never been a better time to start living the American dream."

The president also touched on another issue important to agriculture: immigration.

Trump said immigration policies should be designed to help "struggling communities" and focus on "the best interests of American workers and American families.

"So tonight I am extending an open hand to work with members of both parties, Democrats and Republicans, to protect our citizens, of every background, color, and creed," Trump said.

Just ahead of the State of the Union address, in a letter to Trump, 36 Republican U.S. senators urged the president to maintain the benefits and improve the North American Free Trade Agreement.

"NAFTA supports 14 million jobs, representing thousands of jobs in each of the 50 states," the senators wrote.

"Despite all of its benefits, however, we can do better and there are opportunities to improve the agreement. Modernizing NAFTA to increase market access, expand energy exports to maximize domestic energy production and including provisions on intellectual property and e-commerce will make this agreement even more beneficial to the United States."

"You have the opportunity to unleash the American economy like no president has done before and fuel historic growth," the Senators stated in the letter.

"Mr. President, your leadership has jump-started our economy. The recent tax reform bill is already leading to economic success across all industries and the stock market is at record highs. The next step to advance the economy requires that we keep NAFTA in place, but modernize it to better reflect our 21st century economy." 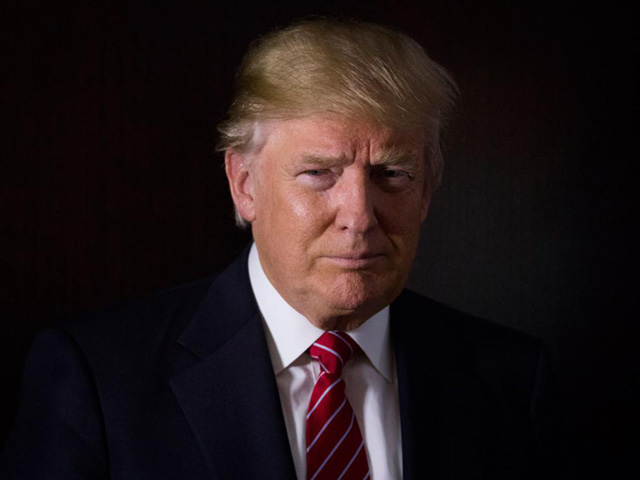