OMAHA (DTN) -- Attorneys representing farmers from across the country who filed multiple lawsuits alleging off-target dicamba damage to their crops will try to convince a federal panel of judges next week that the cases should be heard in a single court.

The seven-judge U.S. Judicial Panel on Multidistrict Litigation is slated to hear oral arguments on Jan. 25 in Miami, Florida, on a motion by attorneys representing farmers in Arkansas, Illinois, Kansas and Missouri to move all the cases to one court.

The question at hand will be what venue would best serve the interests of all the litigants.

An attorney representing some of those farmers in Illinois told DTN in an interview that consolidating the cases in one court would best serve all farmers alleging crop damages.

Thousands of complaints have been made in at least 24 states by farmers alleging crop injury from dicamba-based products manufactured by Monsanto, BASF and DuPont. Lawsuits have sought the stoppage of sales of dicamba products under the names Xtend, Engenia, Fexapan and Xtendimax, and have also sought damages for crop losses.

Attorneys for the companies generally have opposed centralizing the cases, expressing in court filings their preferences of venue.

Attorney Rene F. Rocha with Morgan and Morgan based in New Orleans is representing more than 100 farmers in the lawsuits.

"If the panel decides to centralize these cases, which I believe is more likely than not, it will be most likely in one of those courts," Rocha told DTN.

So far about a dozen cases have been filed, he said, involving more than 100 plaintiffs.

"They all allege a similar set of facts that have given rise to their damages; that being the defective nature of the dicamba herbicide that have been put out on the market by Monsanto, BASF and DuPont, and there's a variety of different kind of growers," Rocha said.

To this point, soybean growers have seen the majority of the damages, he said. However, farmers growing a wide variety of crops have alleged damages.

Among the cases in consideration by the federal multidistrict court is Bader Farms Inc. v. Monsanto, involving Campbell, Missouri-based peach producer Bill Bader. His case is unique in that his farm alleges damages from Monsanto's 2015 release of the seeds portion of the company's Xtend crop system before the associated herbicide labels for that crop system were approved by the U.S. Environmental Protection Agency. The farm alleged damage to nearly 40,000 trees from 2015 to 2016. That case was expanded to include BASF products and damage alleged in 2017.

"The Bader case is unique because it alleges damages from between the 2016 growing season and even before, and the issue with that is damages arising in those years will not have been caused by the new dicamba herbicide, but by people spraying older versions of the dicamba on the new resistant seeds," Rocha said.

He said moving the cases to one court would achieve efficiency in discovery, save time and cost, and would prevent inconsistent rulings of law.

"Going around in appeals courts, you have for instance a judge in St. Louis saying one thing and the judge in Illinois or in Arkansas saying another; it can just throw in a lot of curveballs into managing these cases through to resolution," Rocha said.

In addition, moving the cases to a single venue allows plaintiffs' counsel to combine resources to get through common issues in the litigation.

Rocha said centralization is something that occurs often in agriculture-related legal cases.

So far, the cases filed are related to product liability on behalf of the companies, he said.

"People understand that this is a products problem," Rocha said.

"Good relationships with the neighbors are important and people understand the neighbor is not the one that did them wrong. Liability insurers are taking the same position," Rocha said. "By and large, all the reports I'm hearing that liability coverers are not covering these damages, just because after conducting an investigation into the circumstances they're determining that it's not any negligence on the part of their insurer (that) is the cause of the damage, but is instead the result of the defective nature of the dicamba herbicides."

Rocha said that although many farmers have already filed lawsuits, there likely are more to come. For producers who may have suffered damages, he said it isn't too late to consider their options.

"These are complex cases and it's something that will take some time," Rocha said.

"It's too early in the process to say how long that will take, but it's just the nature of our civil justice system that you have to go through discovery and have expert testimony." 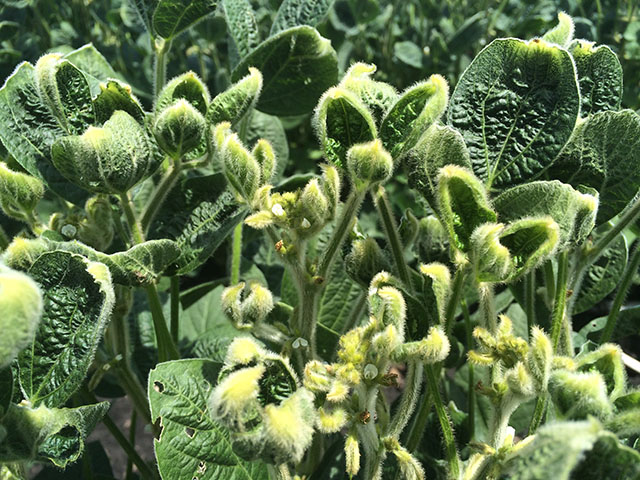