When it comes to calving, Russ Daly will take zero degrees Fahrenheit, calm winds and sun over 40 degrees F with wind and rain anytime. That warmer temperature may sound better, but the South Dakota State University Extension veterinarian knows the likelihood of hypothermia in a newborn calf is going to be much higher under wet, windy conditions.

While Daly's average January temperature in Brookings may be 12.9 degrees F, in Cropwell, Alabama, where veterinarian and cattle producer Ken McMillan works, it's more like 43.8 degrees F. Despite the geographic distance, the two share many common concerns and recommendations when it comes to winter calving.

McMillan, who writes the "Ask the Vet" column for The Progressive Farmer magazine, says the biggest difference between what he sees in his practice and what Daly would handle in Brookings is likely frostbite. Even though hypothermia does happen in the South, frostbite is not something McMillan has treated in newborn calves.

While the first, and often best, tool any producer can have available this winter is a reliable, experienced herd veterinarian, there are some simple things that most people can do to make that life-or-death difference for a new calf.

-- Prevention First. Check cows and heifers frequently when they are close to calving. McMillan says cows should be checked at least twice a day, heifers, three or four times a day. If there seems to be a problem, move the animal to an area where you or your veterinarian can intervene, if necessary. One way to prevent calving problems with heifers is to focus on heifer development, making sure the animal is at an optimal size for calving. Also, use a heifer bull with a genetic evaluation for calving ease. This is a measure of percentage of unassisted births between sires. It's available on all major U.S. breeds.

-- Know When To Get Help. The importance of getting help early for a cow or heifer in distress can't be overemphasized. McMillan adds it's critical to know your limits. "If you're not comfortable that you can deliver that calf, get help," he stresses. "Don't wait till you're halfway through the process. Once the calf is in the birth canal, it's putting pressure on the nerves, and that can lead to calving paralysis in cows and dead calves. That calf will have a much better chance of survival in utero until help arrives. And, never, never use anything with an internal combustion engine to pull a calf. I cannot emphasize enough this is always a mistake."

-- Timing Is Critical. If a calf is born in unfavorable environmental conditions, Daly says to think in terms of four hours or less for intervention. If the calf is on the ground, shivering, not nursing, or the dam is not licking off the baby and stimulating heat and blood flow, step in and take over.

-- Dry The Calf. Use clean towels or blankets to rub the calf as dry as possible.

-- Warm The Calf From The Outside. Daly says heated warming boxes are common in his area, and these will do a good job of helping a newborn increase its body temperature. They can be breeding grounds for bacteria, though, so be sure to disinfect the boxes between calves to avoid a scours outbreak. Other options to warm up the calf include moving it into barns, shops, the cab of the truck, even the house -- anywhere it can get some heat.

McMillan says getting the calf off the ground and out of the wind and rain is always his first priority. A wet calf is a cold calf in the winter. In some cases, producers use warm water baths to quickly bring a calf's body temperature up to normal. If those facilities exist, Daly says be sure water is no more than 100 degrees F. One study from the University of Alberta looked at calves with rectal temperatures of 86 degrees F and reported that immersion in 100 degrees F water was the fastest way to return them to a normal body temperature. If this method is used, remember to completely dry the calf before moving it to another area.

-- Warm The Calf From The Inside. Milk the dam to get her colostrum; or, as an alternative, use colostrum replacer. An esophageal tube can get the replacer in quickly if the calf isn't sucking yet. Mix colostrum replacer with a whisk using warm water (100 degrees F). Clean and disinfect all tubing and containers later to avoid spread of disease. Daly says any residue becomes a breeding ground for bacteria and will make the next calf that needs to be tubed sick. Look for replacer with at least 100 grams of immunoglobulins (IgG) per dose, as well as protein and fat.

-- Check For Frostbite. Newborn calves left too long in freezing conditions can develop frostbite. Common areas to check are the extremities -- feet, ears and tail. If there is serious damage to the feet, this becomes evident within a couple of weeks and often necessitates euthanasia. Frostbite on tips of ears or the tail generally will not impact an animal's productivity, only its appearance.

[] two rectal thermometers with fresh batteries (Why two? There's always going to be one that doesn't work.)

[] a place for the calf to dry off

[] equipment to milk out the dam if the calf isn't nursing

[] your veterinarian on speed dial 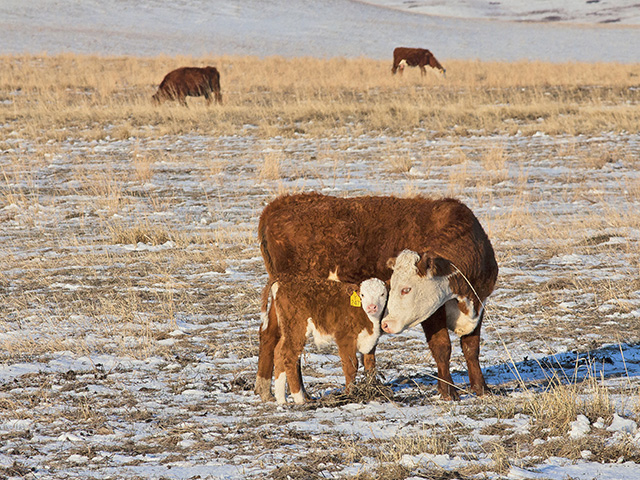