OMAHA (DTN) -- Rolling hills dotted with cattle paint the horizon to the north and south of I70 just west of Kansas City, Kansas.

Tailgate Ranch Co.'s 2,000 acres sit atop some of the best-quality aquifers in the state, and Sours would like to keep it that way.

State and agriculture interests tout the plant as a jobs-producer while also expanding the market for grain and chicken.

Tyson announced it would build a processing plant, hatchery and feed mill near Tonganoxie, and contract with eastern Kansas farmers and ranchers to raise chickens. The facility expects to begin production in mid-2019 if it receives the needed zoning and economic development permits.

Tyson did not respond to DTN's requests for an interview.

Tyson already employs more than 4,900 people across Kansas at five processing facilities, including beef processing in Emporia and Garden City, Kansas, and other food processing in a pair of plants in Hutchison, Kansas, as well as Kansas City. The Tonganoxie project would be Tyson's first chicken processor in the state and employ as many as 1,600 people.

The Tonganoxie plant would process 1.25 million birds a week, and Tyson noted when it announced the facility that it was attracted to eastern Kansas because of the availability of grain and labor.

The Kansas Corn Growers Association has come out in support of the proposed plant, because it is expected to generate demand for feed grains.

"This facility will create strong demand for feed grains in a high corn production area," KCGA said in a statement following the Tyson announcement.

The KCGA said the plant would increase demand for Kansas corn by about 175,000 bushels per week, or about 9.1 million bushels per year.

Leavenworth and the surrounding counties of Johnson, Jefferson, Atchison, Douglas, Wyandotte, Jackson, Shawnee, Osage, Franklin and Miami, were home to 104 broiler and meat-type chicken farms, according to 2012 U.S. Census data.

Tonganoxie Mayor Jason Ward said in a statement last week his city was excited about the announcement.

"Tonganoxie is looking forward to a successful partnership with Tyson Foods," he said.

"We have planned for a development of this type for many years by making strategic investments in public infrastructure targeted to support future industrial growth. This project will bring much anticipated opportunities for local residents to enjoy the quality of life benefit of working close to home. Tyson has a long history of support for small towns and local markets. They will be a great fit for our community."

Leavenworth County Administrator Mark Loughry said in a statement that the county board of commissioners supports the project.

"This represents a significant investment by Tyson and creates new jobs at the plant for our citizens," he said. "More than that, it provides an opportunity for area ag producers that was previously unheard of in Kansas."

Leavenworth County residents who talked to DTN said the economic benefits touted are just one part of the bigger story. There are doubts the community can handle an influx of hundreds of new residents to fill the jobs, including concerns about available housing and classroom space. There are also concerns about the impact on local property taxes and on the environment and the expected pounding on country roads from increased truck traffic.

Additionally, about 5,000 area residents have come together in opposition to the plant, citing Tyson's environmental record at other plants across the country as another reason to sound alarm bells.

"This property has old-growth timber and is a wildlife haven," Sours said about the proposed site for a plant. "There are large deer out there. I've seen as many as 28 deer in one herd."

Sours is part of a group organized in opposition to the plant. The group calls itself "Citizens Against Project Sunset," named after a code word used by county officials to describe the project they were bound by non-disclosure agreements not to discuss publicly. Though it is common practice for environmental groups to organize protests against local projects, Sours said opposition to the Tyson project is as "organic as it gets."

"We have so many levels of opposition," Sours told DTN.

"Demographics of the county population is a dense, semi-urban county. Tonganoxie is a bedroom community to Kansas City; we're between Kansas City and Lawrence. There are people who commute to Topeka. We have a lot of economic development. The median income is $63,000. Tyson has six plants in Kansas with a $210 million payroll, average $36,000 for 5,700 employees. You're bringing in $36,000 incomes into a $63,000 area.

"This plant will sit on top of the richest aquifers in the region, some of the best water around. Everybody out here is on wells. There's been no need to bring in rural water."

Any wastewater from the plant is likely to find its way south to Johnson County, one of the wealthiest counties in the Midwest.

Sours said the truck traffic the plant will generate is also a concern.

"Taking feed out to grower houses, and you have to have 210,000 to 220,000 birds in the pipeline," he said. "Logistically, this county is broke" and cannot afford to repair and maintain roads.

As part of a state economic package, Tyson would receive an 80% property tax abatement. Sours said Leavenworth County leaders in the past 30 years have been "slow and calculated" about growth. "We want a rural, small-town feel," he said. "This breaks that model."

Tyson's environmental record at its food-processing plants across the country has raised eyebrows in northeast Kansas.

"My biggest concern about Tyson is their callous disregard for the environment and the communities they invade," he said in an email to DTN.

In January 2015, Tyson settled a civil lawsuit with the state of Missouri in connection with the May 2014 discharge of a feed supplement from the company's chicken plant in Monett, Missouri.

The release led to a fish kill and odor issues at the plant, according to the company's Oct. 1, 2016, financial filing with the U.S. Securities Exchange Commission, http://bit.ly/…. Tyson paid the state of Missouri $540,000 as part of the settlement. The EPA has opened a criminal investigation into the incident.

In 2013, Tyson reached a $3.95 million settlement with the U.S. Environmental Protection Agency for alleged Clean Air Act violations at plants in Kansas, Missouri, Nebraska and Iowa. A Tyson employee died in 2006 as a result of an anhydrous ammonia leak at a Kansas plant. A similar leak happened at a Tyson plant in Nebraska.

In addition to its environmental law violations, Tyson has also run into legal problems in regard to the company's business practices.

Tyson Foods and affiliated companies are defendants in a federal class-action lawsuit filed last February in Oklahoma against the nation's largest poultry companies.

A number of poultry growers in Oklahoma allege in the lawsuit that Tyson and other companies colluded to suppress grower compensation. The lawsuit continues in the U.S. District Court for eastern Oklahoma. Growers argue the companies disclose and share compensation rates for growers and also have agreed to prevent farmers from growing for other companies. Other defendants include Pilgrim's Pride, Perdue Farmers, Koch Foods and Sanderson Farms.

In that case, the farmers from Oklahoma, North Carolina, Alabama, Mississippi and Texas each have similar stories of borrowing several hundred-thousand dollars to build broiler houses to company specifications, only then to be asked to later spend more money on upgrades. Farmers complain the companies had threatened to stop delivering pullets if farmers did not make upgrades. Some of the farmers ended up going out of business with substantial debt.

Despite Tyson's documented violations of environmental laws in the past, the company, in recent years, has touted its efforts to improve its environmental record.

In a 2016 sustainability report posted on Tyson's website, the company touts improvements in wastewater permit compliance at its plants across the country. http://bit.ly/…

Tonganoxie resident Christine Parker told DTN in an email that the community was taken by surprise by the Tyson announcement.

"We're devastated, to say the least about this announcement," she said.

"This town is gathering the greatest force we can to fight this tooth and nail from writing our Congress, meeting, gatherings, petitions -- anything to keep this from coming to our community. This was a horrific surprise with no input from the people in Leavenworth County, nor the residents in Tonganoxie."

"Kansas' heritage is small towns and without them, Kansas will lose its identity," she said. 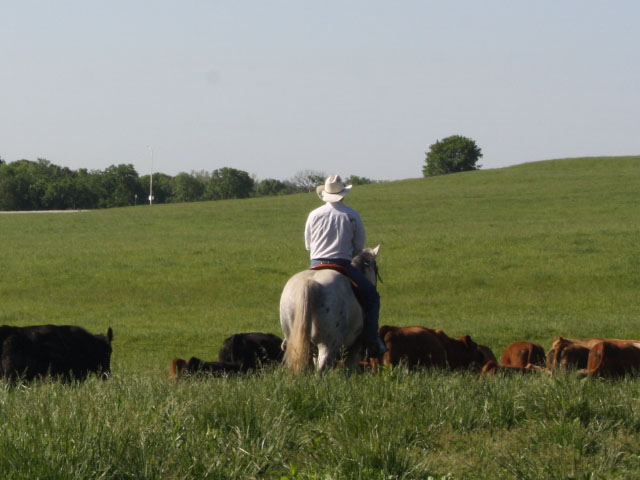