OMAHA (DTN) -- The U.S. Environmental Protection Agency originally proposed a much higher cellulosic ethanol number in its Renewable Fuel Standard proposal sent to the Office of Management and Budget in June, interagency review documents posted to the docket for the latest RFS volumes show.

In that proposal, the EPA originally called for 384 million gallons for the cellulosic Renewable Volume Obligation (RVO), which would have been an increase above the 311 million gallons in 2017.

The June 23 version of the draft rule, however, set that number at 238 million gallons, making the total volumes in the RFS even lower.

In the July 21, 2017, proposed rule posted in the Federal Register, the EPA provided a rationale for its decision.

"We believe that the use of this methodology, with the adjusted approach to developing the percentile values used to project production volumes for liquid cellulosic biofuels, results in a projection that reflects a neutral aim at accuracy since it accounts for expected growth in the near future, and does so in a way that directly reflects the accuracy of EPA's projections in the most recent year (2016) for which complete data is available."

A review of the documents shows EPA initially proposed RVOs that would have provided modest growth for all categories of the RFS. But late in the review process, EPA changed the proposal to reduce the cellulosic RVO and cut the total RFS requirement.

The documents reveal that, in early June, the OMB agreed with the RVOs initially proposed by EPA, according to a document titled, "EO12866 Summary Comments EPA RFS 2018 Proposed Rule 2060-AT04 Response." In that document, OMB offers several questions and comments on the proposal, but does not suggest altering the proposed RVOs in any way.

In its June 7 response to OMB's questions and comments on the proposal, EPA gives no indication that the RVOs it originally proposed should be lowered or adjusted in any way, according to a document titled, "EO12866 Summary Comments EPA RFS 2018 Proposed Rule and Memos to Docket 2060-AT04 - 6 7 2017 Response."

On June 14, EPA submitted to OMB a revised draft of the 2018 RVO proposed rule that made several technical edits and corrections based on feedback provided by OMB.

However, the RVOs originally proposed were maintained in this draft, according to a document titled, "EO12866 RFS 2018 Annual Rule 2060-AT04 NPRM FRN 20170614 4pm final RLSO to June 2 version." A table on page 6 of the document presents the same proposed numbers as the first briefing to OMB on May 11.

EPA submitted another draft of the 2018 RVO proposal to OMB on June 23, and this time the draft took aim at the RVO numbers for cellulosic, advanced and total renewable fuels.

All of the revisions represented a step backward from the 2017 final RVOs.

All references to "increasing" or "growing" the RVOs were stricken. EPA revised its methodology for evaluating available supplies of cellulosic biofuels.

Specifically, EPA revised its estimate of the amount of liquid cellulosic biofuel that would be available from 44 million gallons to just 17 million gallons.

The agency cut the amount of liquid cellulosic biofuel from "producers without consistent commercial scale production" from 26 million gallons to just 1 million gallons.

EPA deleted the following language regarding cellulosic biofuel from corn kernel fiber: "In 2018, we anticipate that the majority of the liquid cellulosic biofuel production will be from facilities converting corn kernel fiber to cellulosic ethanol at existing ethanol production facilities. We therefore believe it is prudent to continue to use our existing projection methodology rather than to adopt a new methodology that would result in lower production estimates as doing so could result in inappropriately low production projections for a commercially successful technology (corn kernel fiber conversion) based on historic scale-up difficulties at facilities using a largely unrelated technology."

It does not appear the OMB offered any further comments on the reduced proposed RVOs following the June 23 draft.

EPA sent a final draft of the proposed rule to OMB on June 30, retaining the reduced RVO numbers. The proposal was publicly released on July 5, 2017.

Geoff Cooper, executive vice president of the Renewable Fuels Association, said the agency needs to take a closer look at how it evaluates the state of cellulosic production.

"We believe that is a big flaw in the methodology, of course, because a number of corn ethanol plants that didn't have corn kernel fiber technology in 2016 now have that technology or are in the process of adding it. Yet, EPA's new approach only counts gallons that were produced in the past, so these new gallons are being ignored. We think this backward-facing methodology turns the market-driving purpose of the RFS on its head." 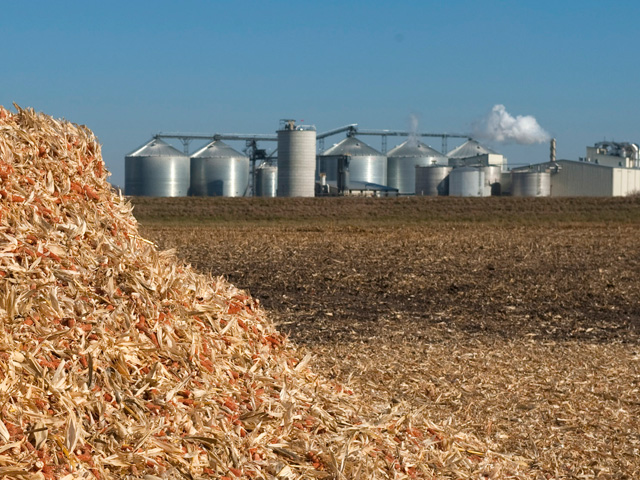