That marks the tour's lowest total wheat yield since 2008, a sign of the intense drought conditions plaguing much of the western Dakotas this year.

On Thursday's third and shortest leg of the tour, hosted by the Wheat Quality Council, crop scouts explored northeastern North Dakota and northwestern Minnesota before ending the day in Fargo. They visited 64 fields for a Day 3 total wheat average of 46.6 bpa, a little below the 48.9 bpa average from 76 fields in 2016.

Over the course of the three-day tour, crop scouts sampled 496 fields, of which 443 were spring wheat, 47 were durum and six were winter wheat.

The tour grappled with how to handle the high number of abandoned fields in the western counties, many of which had been cut and baled for hay. Those acres aren't factored into the final yield estimates, but they will clearly play a role in final production numbers, scouts told DTN.

"Obviously, abandonment is much higher than in previous years, so that will bring production down from USDA's current estimate," said Erica Olson, a crop scout and marketing specialist with the North Dakota Wheat Commission. (USDA's July 12 Crop Production Report pegged spring wheat production at 423 million bushels, down 21% from 2016, and durum production at 57.5 mb, a 45% reduction from last year).

"We don't know anything for sure except there's a high percentage of abandonment in that southwest quadrant of North Dakota," added Dave Green, the tour leader and executive vice president of the Wheat Quality Council.

Since Tuesday, the tour has sampled a variety of wheat, from the fairly healthy and average crop of the eastern Dakotas and western Minnesota to the droughty, low-yielding fields of western North Dakota.

"These were some of best wheat fields in the state," Olson said of her route, which explored the northeastern counties. Fields ranged from the low-40s to upper-50s in yield, with only minor aphid and scab infestations, she said.

Chiodo Commodities broker Kevin Ernst said his car of scouts, which toured the east-central counties of North Dakota, saw crops average 44.7 bpa, down a little from the route's average last year of 49.3 bpa.

"Fields had a little more moisture and more noticeable weeds than day one," he said.

Each year, the spring wheat tour routinely garners criticism from various parts of the industry over its methodology, accuracy and effect on the markets.

Much of those critiques miss the point of the tour, which doesn't claim to be an authoritative final statement on the spring wheat crop's yield and production potential, said Philip Volk, a farmer and board member of the North Dakota Wheat Commission.

One of its primary purposes is to expose all members of the wheat industry, from millers to marketers, to the physical realities of wheat production, he told DTN.

"The certainty of the total crop production will not be known 'til harvest is done," Volk said. "But the simple proven goal of the wheat tour has been accomplished: The education of both ends of wheat production has occurred."

You can see past years' tour results at the Wheat Quality Council's webpage here: http://www.wheatqualitycouncil.org/…. 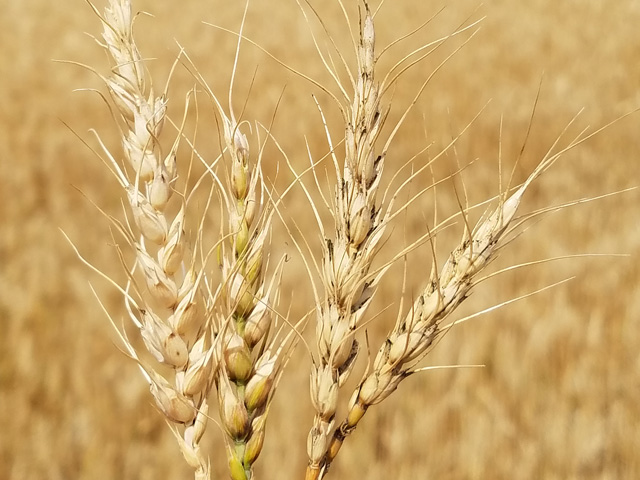