However, Bill Stowe, chief executive officer and general manager of DMWW, said during a news conference on Wednesday he believes the current political environment in Iowa makes it difficult to address water quality concerns through the legislative process.

In recent months, Iowa legislators have pursued legislation to essentially disband the utility. The issue was compounded for DMWW when the Des Moines City Council came out in support of the proposal. The Des Moines Register reported Monday the legislation is likely dead in the current session of the Iowa legislature.

The Iowa Farm Bureau told DTN in a statement it is time to move on and find ways to improve water quality.

"Iowa Farm Bureau members are pleased that continued, measurable conservation progress can continue, without the distraction of litigation," the IFB statement said.

"The dismissal of the Des Moines Water Works lawsuit means that focus should return to collaborative approaches to improving water quality. In record numbers, Iowa farmers are working with engineers, agronomists, and soil and water quality experts from ISU (Iowa State University) to put a record number of proven conservation practices to work, such as cover crops, which went from 10,000 covered acres in 2009 to more than 600,000 last year.

"They also have increased enrollment in more targeted, continuous Conservation Reserve Program acres than any other state (now 1.09 million acres). These efforts are deserving of more funding and media focus than they are currently getting, because Iowa farmers are embracing the challenge of improving water quality, driving positive momentum on water quality that should unite all Iowans who share the common goal of achieving long-term water quality progress."

Although the utility lost the legal case, Stowe said there continues to be a "drinking water catastrophe in waiting" unless the state legislature leads the way in improving water quality.

The DMWW board of directors had considered filing an appeal, Stowe said.

"We reached the conclusion with great difficulty, but we did so to keep the mission alive," he said.

The utility spent about $860,000 on legal fees pursuing the case, Stowe said. It is likely the estimated 500,000 ratepayers will see fee increases, he said. Those increases would pay for expected capital improvements of $2 million to $10 million to bolster de-nitrification facilities in the next two to five years.

The complaint alleged the drainage districts were point-source polluters as defined by the Clean Water Act. The lawsuit sought damages against the districts for nitrate runoff polluting sources of drinking water.

At the center of the lawsuit was the extensive subsurface tile drainage that helped turn the Raccoon River watershed into one of the most productive cropping and livestock areas in the country.

In March 2017, the U.S. District Court for the Northern District of Iowa in Sioux City dismissed all of DMWW's claims. The judge said the Iowa General Assembly is the appropriate body to address the state's water quality issues and not the court.

The ruling, however, does not address whether agricultural drainage tile is a pollution point source in the Clean Water Act.

In its lawsuit, DMWW made a number of claims including that the drainage districts violated the utility's constitutional rights by unjustly taking property without compensation by not controlling runoff.

Another claim was the drainage districts violated DMWW's due process rights by providing no adequate remedy for alleged pollution of the Raccoon River.

The court also ruled the drainage districts' power is limited to restoring, maintaining or increasing the flow of water through their drainage systems, and not to require nutrient reduction strategies to reduce runoff.

Stowe said on Wednesday that one legislative solution may be to give drainage districts the power to regulate nutrients. Right now, however, he said it is not likely state lawmakers will address water quality.

"There's an opportunity for us to change course. One of the responsibilities of democracy is we all fail at some point. Now it's time to pivot, to seek another path."

Stowe said the hope is for DMWW to learn from "our own failure" and work with its partners to improve water quality.

"We want to move forward with a greater environmental discussion," he said.

There is a need for lawmakers, voters and others to "take a good look in the mirror," Stowe said.

"This is not a particularly favorable climate for environmental advocates," he said. "We are in a minority. We will not be snuffed out, but we are pragmatists. Our basic concern is the cost of agriculture production is being pushed upstream to ratepayers." 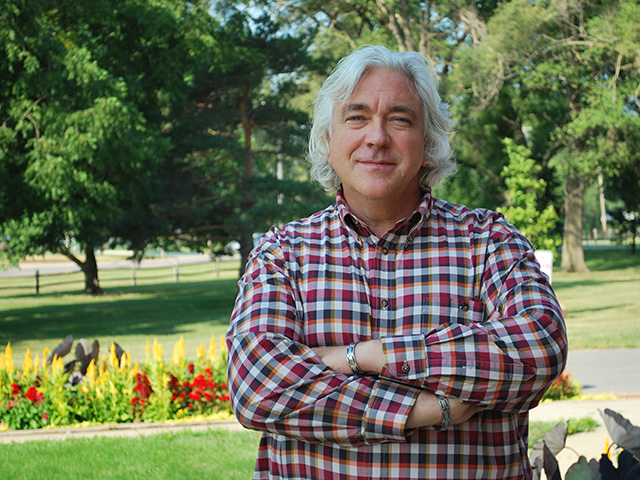