NASHVILLE, Tenn. (DTN) -- There were no big surprises in this year's annual CattleFax report and projection for the 2017 cattle market.

The market discussion is always a major draw at the annual meeting of the National Cattlemen's Beef Association in Nashville, Tennessee.

To sum things up, all protein supplies are on the increase, demand is strong, feed prices are low and profit margins are going to continue to tighten around U.S. producers.

These supply levels will obviously take a toll on animal prices at the producer level. CattleFax projections point to an 8%-9% decline this year in steer prices, depending on the weight. Utility or cull cow prices will fall 7%. Bred cows could see as much as a 17% decline in prices, CattleFax projected.

Randy Blach, chief executive officer of CattleFax noted that, in 2016, 1.5 million more head of fed cattle were slaughtered than in 2015 -- for a total of 24.6 million head. This was a figure that surprised analysts who had earlier projected a million-head increase in processed animals in the U.S. It could have been more. Blach said domestic packing capacity continues to be a concern, and daily slaughter levels were, and will continue to be, limiting factors.

Higher U.S. beef supplies will result from a 3.9% production increase in 2017, taking the total to 26.3 billion pounds -- 1 million pounds more than in 2016. Other U.S. protein producers will answer that with increases of their own. Pork production will grow 4% (to 26 billion pounds) and poultry production 2% (to 41.7 billion pounds). This growth is on top of record production numbers for 2016.

Blach pointed to increased consumption as one way of metering the additional beef supply. He said per capita retail red meat and poultry supplies will increase 3 to 4 pounds, meaning the supply for each person in the U.S. will be 216 pounds. Breaking U.S. beef retail consumption out reveals a 1.9% increase this year, adding up to 56.8 pounds per person.

Over the next two years, CattleFax projections showed another 400,000 head possible. This would approach the 2010 herd size of 31.6 million cows. The cow-calf industry remains in expansion mode, and is not expected to hit stabilization or liquidation till 2020.

The good news for cattle producers? Corn prices are projected down another 4% for an average of $3.45 per bushel in the 2017-18 marketing year.

For hay, expect a solid production year with all-hay yields at 2.52 tons per harvested acre, and all hay prices averaging $150 per ton. Alfalfa is projected at $137 per ton. 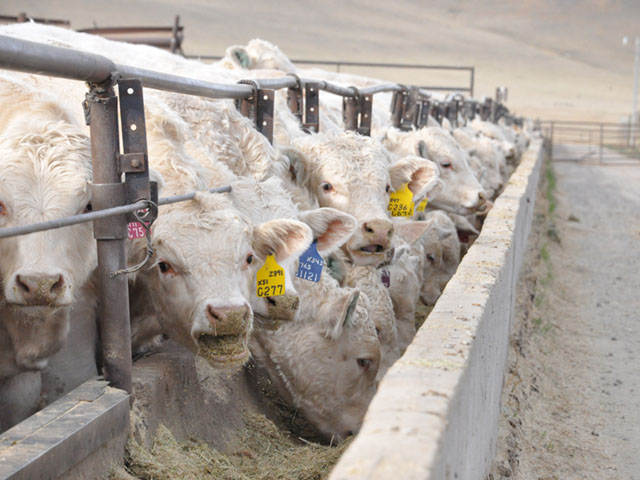