There's an old saying that goes something like this: "Anything that can be put in a nutshell probably deserves to be there." In other words, brevity may be the soul of wit, but it seldom serves to promote a significant understanding of complex situations and relationships.

If "nutshell" hasn't actually crossed your mind this century (let alone fallen from your lips), greater definition may be helpful. The reference is to a small, allegedly manageable space where terseness is valued over excess gab, pith over nuance, and bottom lines over detailed arguments.

So exactly how much space are we talking? In the dangerous metrics of the Twittersphere, no more than 140 characters. Even with the most cryptic abbreviations imaginable (e.g., talawp = "talking a long and wrong position;" jmwag = "just my wild ass guess;" jhskofb = "just here since kicked off Facebook"), the average Twitter post barely squeezes into a narrow broom closet. On the other hand, the provocative and ambiguous hashtag employed by the wrong person at the wrong time can unleash a tsunami of possible meanings.

This column is about the potentially disruptive market-power of Twitter, the social networking service that currently encourages some 315 million users to minimally pontificate on a monthly basis. Since its founding in 2006, Twitter has become both a cultural icon and dubious business model.

Regarding the latter, the company continues to struggle with monetizing "tweets." In its latest quarter, the company posted a net loss of $102.9 million, or 15 cents per share, on revenue of $616 million. Twitter shares have slumped more than 21% this year, even missing the stock market rally sparked by the stunning presidential victory of the company's most notorious user.

In fact, if a certain president-elect had not uniquely embraced Twitter as his cyberbully pulpit, the significant profits at Facebook, Instagram and Google might have been more deserving of our focus. Yet it's exactly Donald Trump's apparent love affair with this mercurial media that has this market-watcher worried.

It's one thing for markets to remain indifferent to the randomly tossed rhetorical grenades of a colorful entrepreneur and promoter, but quite another to ignore the same from the most powerful man in the world.

Before going any further, I probably need to come clean on several counts. First of all, much to the chagrin of my adult children, I'm not a fan of the social network. There's something about the need to share every half-idea and lame activity that strikes me as a little pathetic. Is it just me or are there worse things than dying with a modest cache of unexpressed thoughts?

I don't know about you, but some of my smartest moments have involved keeping my damn mouth shut.

Don't laugh, but I'm the kind of guy who truly pines for the lost art of letter writing. Deliberation is a virtue, and more times than not the bark that jumps to the tip of your tongue is absolutely the last thing you should say. Haste makes waste, in more ways than one.

But enough with the sugarcoated hypocrisy, Harrington. Many of you have probably seen me on Twitter, shamelessly filling my own nutshells with half-baked analysis and slogans more clever than telling. And here's an even darker secret: It's kinda fun, chopping up the word count while preserving the sizzle.

President-elect Trump, I totally get your love of the Twitter sport. But market movers and shakers will never be roused from deep sleep by my midnight posts.

In successfully securing first the Republican nomination and then the general election, Mr. Trump was masterful (if that's the right word) in outrageously tweeting his way into political history. For a week or so following his great victory, I thought he was on the verge of closing his Twitter account, or at least turning it over to the bland styling of a well-disciplined press secretary.

In just the last week, Trump has vented his Twitter spleen on flag burning, massive voter fraud and future business plans. To be sure, old habits are hard to break.

But here's what makes me nervous.

While it's nice to think that the market reacts only to hard facts (whatever they are), anyone with a respectable amount of scar tissues knows that prices equally swing, shift, twist and turn to formidable forces such as perception, psychology, posturing and politics. Once Trump in officially sworn in as the 45th president, he could seize upon a treasure trove of sensitive yet tweetable topics, explosive material handled in such an impulsive way that could send market prices (stocks, bonds, commodities) reeling in one direction or the other.

More specifically, the cattle market has just suffered through the most volatile two years in history. Risk managers desperately need a prolonged period of stability and relative market calm (even more than higher prices per se). But the beef industry will certainly be in trouble if the new administration forces it to tiptoe through a minefield of surprising tweets.

Let's be clear: My plea to President-elect Trump to hang up his Twitter sword has nothing to do with policy. In winning the Electoral College, the national agenda for the next four years is his to set. Build the wall, lower taxes, renegotiate trade deals, round up immigrants, repeal Obamacare, save the Supreme Court, and cancel the Iran nuclear agreement. Have at it.

All I ask is that Tweeting Trump go into retirement, thereby minimizing collateral damage to markets. In short, the new president needs to take responsible control of his power narrative.

Frankly, if he doesn't, beef producers should side with caution, assuming that 2017 and the out-years will be as volatile or more as the stormy sea of 2015-2016. For those operating on middle margins, it means insisting on bigger profit opportunities to begin with.

John Harrington can be reached at feelofthemarket@yahoo.com 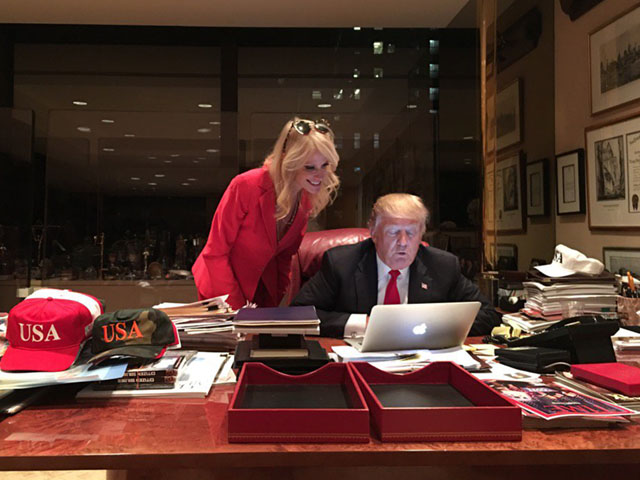