DECATUR, Ill. (DTN) -- The drama over possible illegal use of dicamba continues. The Environmental Protection Agency has confirmed that it executed federal search warrants at several southeastern Missouri locations as part of an investigation into alleged misuse or misapplication of dicamba onto herbicide-tolerant soybeans and cotton.

The agency said in a formal statement that the activity was part of an ongoing criminal inquiry and stems from widespread complaints of damage to sensitive crops across Missouri and several other states in the Midwest and Southeast. Special agents of the EPA's Criminal Investigation Division (EPA-CID) served the warrants during the week of October 10 in Cape Girardeau, Dunklin, New Madrid and Stoddard counties of Missouri.

The Missouri Department of Agriculture received 124 dicamba-related complaints this summer, mostly within the four counties included in the EPA probe. The complaints allege damage across more than 41,000 acres to soybeans, peaches, tomatoes, watermelons, cantaloupe, rice, purple-hull peas, peanuts, cotton and alfalfa, as well as to residential gardens, trees and shrubs, according to EPA's news release.

The Tennessee Department of Agriculture is currently investigating 47 dicamba-related complaints. In Arkansas, 28 dicamba complaints are pending.

Seed carrying the dicamba-tolerant trait, broadly known as the Xtend cropping system, is approved for planting in the U.S. However, Monsanto, DuPont Pioneer and a number of trait licensees sold the seed for 2016 planting without an EPA-approved, dicamba-based herbicide to use with that trait. Monsanto also sold some cotton varieties containing the Xtend trait in 2015 and 2016.

The labels on older formulations of dicamba do not allow those herbicides to be used in mid-season postemergence applications in soybeans or cotton.

As DTN reported in early July, farmers were warned of legal consequences of spraying dicamba in-season on those crops. Problems arose when farmers decided to use existing formulations such as Banvel and Clarity, which tend to be volatile in nature, particularly in warmer temperatures that can be associated with a later, postemergence spray window. Extension weed scientists have reported the crop injury resulted from a mixture of off-target scenarios that included physical drift, off-target movement as a result of volatility, spray inversions and sprayer tank contamination.

The search warrants served by EPA-CID were issued by a U.S. magistrate judge in Cape Girardeau, and are for the express purpose of gathering evidence of possible violations of the Federal Insecticide, Fungicide and Rodenticide Act (FIFRA), and other federal crimes. After they are served, the search warrants and supporting affidavits and information will be returned to a U.S. Magistrate in U.S. District Court, Eastern District of Missouri for public filing. Chris Whitley, Region 7 public affairs specialist, provided the EPA statement to DTN, but said he was unable to comment further.

EPA is encouraging persons with information about the misuse or misapplication of dicamba to provide tips to EPA-CID online at https://www.epa.gov/…

For more information about dicamba:

Todd Neeley contributed to this story 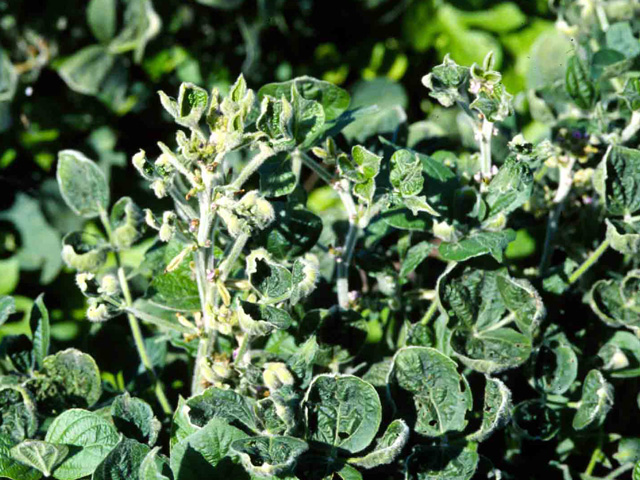