It is less than a year since Trudeau was sworn in as Canada's 23rd prime minister. Canadian Press News reports he said: "If neither price nor cap-and-trade is in place by 2018, the government of Canada will implement a price in that jurisdiction."

Barnes called the announcement a "surprise" and told DTN she feared the new tax would put her expenses through the roof. She added no one was talking about carbon sequestration on the part of ranchers and how it might offset any coming carbon tax.

Trudeau made his announcement as he led off a discussion on the Paris climate change agreement. That agreement, according to reports, would have Canada cutting greenhouse gas emissions 30% by 2030, starting at 2005 levels.

The prime minister is reported as saying the proposed price on carbon dioxide pollution should start at $10 per metric ton in 2018, and increase $10 annually until it reaches $50 per metric ton by 2022.

The federal government's plan is different from one set to start in Alberta in 2017. It is unclear which takes precedent. Alberta's phased-in plan for the tax is set at $20 per metric ton beginning January 2017; and $30 per metric ton a year later.

Asked if carbon sequestration levels on ranches might offset these type of taxes, neither producer could say. Barnes pointed out the science behind carbon sequestration is just coming on line, and to have a tool that would allow ranchers to economically track that is still being tested.

"We know there is value there, but it is going to take time to get that information," Barnes said. "Meanwhile, this federal tax could impact us in fuel taxes and transportation expenses. Any tax will come well ahead of us being able to establish values for carbon sequestration."

Vicki Myers can be reached at vicki.myers@dtn.com 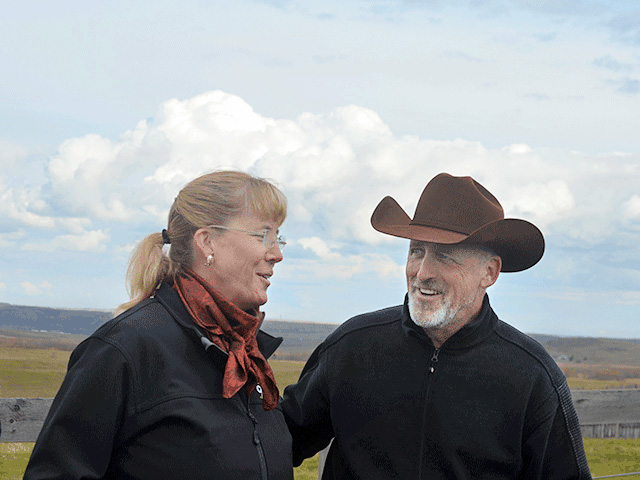