NASHVILLE (DTN) -- Does the de-escalator clause work in flex rents?

Over the last five years, severe mood swings affected commodity prices, but standard cash rents have remained fairly immune to the 38% cut in corn revenue since 2012. In most states, they're off a mere 5% to 10% from peak. Even Iowa's red-hot rents only dipped from an average of $270 per acre in 2013 to $230 this year, according to USDA.

"A $25 per acre cut in cash rents won't get corn growers to breakeven in 2017," said Purdue University Economist Michael Langemeier. "Another 10% to 15% cut in average rents might be in order though, several years down the road."

Even with budget cuts in production expenses, 2017 "breakeven" rents in Illinois would need to plunge to $185 per acre for good soils with 185-bushel yield potential, estimated University of Illinois economist Gary Schnitkey in a webinar this week. That's down from an average of $230 per acre in 2015 and assumes trend yields, $3.50 corn and $9 soybeans. (Professionally managed Illinois farmland brought $295 an acre on that same type of land last year, so it requires a much steeper shift to keep operators out of the red).

"Flex" rents were designed to adjust more quickly to market moves, imposing higher rents when prices and revenue made that affordable for tenants. At the same time, owners agreed in advance to "de-escalate" rents if commodity prices swooned. In theory it was risk sharing. By 2011, more than 25% of all Illinois leases had been converted to flex terms, largely as professionally managed firms aimed to capture the upside of corn prices for their clients.

Beginning farmer Quint Pottinger, 27, of New Haven, Kentucky, couldn't afford to promise landowners a firm $250 an acre every year, since he had to insure new fields at crop insurance's T-yield. But he customized a formula that added some flexibility to his rents, paying a bonus when average contract prices at the CBOT hit certain thresholds. His "de-escalator" clause has helped him shave 12% to 18% off his average rent prices, without having to reopen painful negotiations with land owners, he said.

Other formulas needed some tweaking. For example, a Minnesota sugar beet and grains producer needed to be sure he had rental land for long-term rotations, so he relied on flex leases to pay his land partners a rate in tune with current corn prices. Typically that meant a base rent of $150 per acre on irrigated land with a 200-bushel corn potential, then paid an extra $1 per acre for each 2-cent increase in corn based on the Farm Service Agency's posted county price each November 1. In 2010, when cash corn averaged $3.54, his rent ran $200 an acre. When corn averaged $7, rents automatically hit $400.

Today, cash corn in his county is running between $2.50 to $2.65, so final rents would hit that minimum $150 to $163 per-acre level. He agrees that might be a bit too extreme a shift for landowners to accept, so he's raised his minimum rent a bit to soften the blow.

Flex rents helped Mark Wachtman of Napoleon, Ohio, attract and retain landowners in a highly competitive specialty crop area when incomes were headed up. Commodity crops like wheat and commercial corn had to vie with higher value green bean or popcorn contracts.

"My flex rents are doing their job," Wachtman said, but escalating property taxes in his state make the original formula challenging now.

"I am working to prep landowners with the flex rents as their return will be low this year after they pay real estate taxes. Even $200 rent per acre looks bad after paying $70 per acre in real estate taxes," Wachtman said.

Flex rents were never universally popular. Some elderly landowners wanted the security of fixed rents, so they could plan their retirement budgets. Large-scale operators balked at the extra record keeping, since some formulas required payment based on actual yields per field. Some growers objected that professional farm managers set the base rent for bonuses too high.

For Ben Riensche, a Jesup, Iowa, operator, "the number one limitation to the adoption of flex leases is that they are really 'bonus leases.' That's whereby 'you give me top dollar and if it unexpectedly gets better, you give me more," he said. Instead, Riensche preferred to pay bonuses to landowners in extremely good years, if their rents weren't already on the high side of market rates.

"The world would be a better place if the culture became, 'You take care of my property, pay me a reasonable rent, and if things get wildly better than dreamed, you share some," he said.

Purdue University's Langemeier believes the key to a sustainable flex lease is to set the base rent at an appropriate level, only paying bonuses in rare and extraordinary years. By that he cites years with a combination of $4.50 or higher corn and "fabulous" yields.

"Some formulas set the base too low. They will have angst in negotiations with landowners if their base is 50% of the fair market rent now," Langemeier said. "If you set the formula right, it should mimic a crops-share lease." Long-term, land has been about a third of the cost of corn and soybean production, he said, so flexes should aim for that range.

The challenge, whether leases are fixed or flex cash rent, however, is that few landowners welcome a pay cut.

Marcia Taylor can be reached at Marcia.taylor@dtn.com 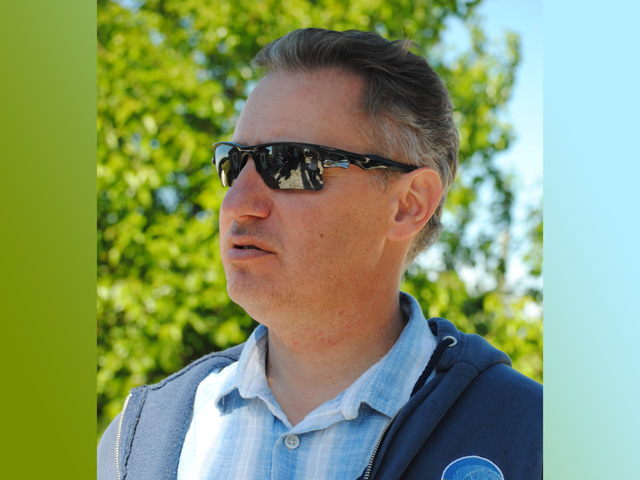