OMAHA (DTN) -- Although one federal appeals court already has claimed jurisdiction in the numerous legal challenges to the waters of the United States rule (WOTUS), there appears to be a split at the appellate level on the jurisdiction question.

A federal appeals court in Atlanta has scheduled oral arguments in an 11-state lawsuit challenging the waters of the United States rule, according to a court order handed down Friday.

The U.S. Court of Appeals for the 11th Circuit scheduled oral arguments on the case for July 8. In that court the states of Georgia, Kentucky, Kansas, West Virginia, South Carolina, Alabama, Wisconsin, Utah, Indiana, North Carolina and Florida have asked the court to overturn another federal court on the question of jurisdiction.

The U.S. Court of Appeals for the Sixth Circuit in Cincinnati stayed the WOTUS rule nationally in October 2015, pending its review. The Sixth Circuit already is moving forward with consolidating numerous cases into a single case likely to play out in 2017.

The states are asking the 11th Circuit to reverse the Sixth Circuit jurisdictional determination, to allow the states to proceed with their legal challenge in Atlanta.

Paul Beard, a Clean Water Act attorney at Alston and Bird, LLP in Los Angeles, told DTN such a division among courts isn't all that unusual.

"The circuit courts, which cover mutually exclusive jurisdictions, simultaneously can adjudicate cases concerning the same legal issue," he said. "That is, after all, how circuit splits develop. So it's not out of the ordinary and I wouldn't read too much into it."

In their appeal to the 11th Circuit Court the states argue an earlier ruling by the Sixth Circuit that it has jurisdiction shows a three-judge panel on that court is divided on where jurisdiction lies.

"The agencies assert numerous policy responses to the states' brief, but none of their arguments change the core fact that the jurisdictional issue presented in this appeal is properly set forth for decision by this court," the states argued in a brief.

Agricultural and other industry groups were unconvinced legal challenges to the rule should be heard by the Sixth Circuit Court. Judges in that court have indicated in previous rulings they may be sympathetic to those groups that claim the rule is a flawed federal overreach.

A February 2016 ruling by the court indicated a split among three justices about whether it was correct to use a pesticide sprayer case, National Cotton Council v. EPA, as a precedent for determining questions of jurisdiction. In the 2009 National Cotton Council case, the Sixth Circuit threw out an EPA rule that would have exempted pesticides sprayed on water from the Clean Water Act rules. Instead, the decision led to states requiring farmers across the country to get permits to spray pesticides.

In a legal brief filed with the 11th Circuit this spring, the EPA and the U.S. Army Corps of Engineers argue the rule cannot be "more stayed than it already is" and should be allowed to play out in the Sixth Circuit.

There are 22 petitions for review involving more than 150 petitioners, according to court documents from the Sixth Circuit.

Since the rule was implemented numerous legal challenges have been launched, raising questions about where those cases should be heard: By district courts or appeals courts.

Last year, the U.S. District Court for the District of North Dakota, for example, ruled it had jurisdiction to hear a case filed by 13 states. It then issued a temporary injunction against the EPA to prevent implementation of the rule in those states. 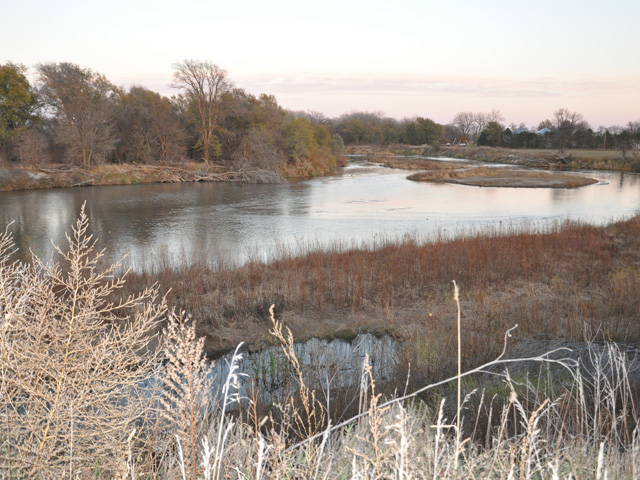