HUXLEY, Iowa (DTN) -- Farmer David Kalsem cracked open the clothbound binder filled with typewritten minutes and meticulously handwritten columns of farm financials dating back to the 1960s. The 78-year-old from Huxley, Iowa, doesn't need an appraiser, but he is conferring with his wife, Cheryl, his 42-year-old son, Mike, and David's older brother, John, to value their family farm corporate stock.

The Kalsems' annual ritual sets a buyout price should any one of the partners die or wish to exit the business in the year ahead. Establishing a pre-agreed value is the best preventative medicine for conflict in farms and other closely-held businesses, consultants say. This will deflect misunderstandings later, and also could avoid legal judgments should a disgruntled partner later take the case to court.

In a landmark 2013 Iowa Supreme Court case, Baur v. Baur Family Farms, the partners had not agreed on a value for their family corporation's underlying farmland since 1984, even after multiple appeals by an off-farm heir to liquidate his shares. The court ultimately ruled that minority shareholders have a right to a fair return on their investment.

Getting consensus at a family meeting is a far preferable alternative than having a court set buy-out terms. "It's amazing how fair parties can be if they don't know who will die or sell their stock this year," said Iowa State University's Neil Harl, an emeritus professor of law and economics.

Harl faults the original Baur partners for failing to plan for a stockholder's departure. To avoid what he calls "open warfare," Harl recommends more families copy the Kalsems and periodically negotiate a fixed stock price. Since formal appraisals are expensive, data from third parties such as state land surveys and farm equipment dealers will do, he said.

Getting consensus on the farm's value streamlines transactions, such as six years ago when John sold a portion of his shares on contract back to the corporation.

"I realized my four kids probably did not want to come back and be actively involved in managing the farm," John said, and the transaction went smoothly.

Valuing a family farm corporate stock is a sensitive issue, especially after average Iowa land values shot up 72% just since 2010. As recently as 2000, Iowa farmland averaged only $1,850 an acre, a far cry from today's $8,700. The unprecedented appreciation means on-farm operators worry about being able to afford to buy out off-farm relatives on demand.

"Over the years, (setting the value) has been a pretty easy process. We might have quibbled about a valuation (of land, buildings, cattle or machinery). But we each give our input and come to a consensus," explained John. "We've never had a time where we couldn't reach an agreement." Going through the exercise every year keeps everyone on the same page.

However, with Iowa farmland near peak, the Kalsems are exploring alternative formulas. "Our dilemma is how do you value your corporate stock in a way that is fair to the remaining operators and won't put them out of business because land is currently way overpriced," David said.

The Kalsems figure their land is worth an average of about $9,000 an acre on today's market. Each parcel's value is based on its book value -- the value when the corporation was formed in 1965 or its purchase price if bought later. Every year they adjust it by averaging the percent change in Story and Polk counties as recorded by Iowa State University in its annual November farmland survey. The Kalsems don't use the actual average land value in the survey, only the percent change to make their adjustments.

"But how can an operating farmer make money at that level if they have to pay that kind of land cost to buy out a partner?" asked David. "You couldn't afford it." So, the Kalsems have come up with a "breakeven" land valuation formula if they need to buy out some shares.

"For example, our costs to produce an acre of second-year corn yielding 165 bushels per acre are similar to ISU's. Using $300-per-acre land cash rent equivalent and a $739 total cost of production, breakeven would be $4.47 per bushel," David said. "Capitalizing $300 land cost at 5% would equal a land value of $6,000 per acre. If we need to buy, that is what we could afford to pay as a land value, assuming crop expenses and incomes stay favorable."

Is a below-market rate fair? "Farmland values have gone up leaps and bounds in the past few years and can come down just as quickly," David noted. "You don't want to lock yourself into an irrational market price that's unsustainable.

Other family businesses often discount farmland values to ease the burdens on farm operators. Some discount stock for 30% to 35% for minority owners because it can't be sold on the open market, a practice courts have upheld. Others use 10- or 20-year installment sale contracts (with interest) at the discretion of the buyer. Some impose a "one-at-a-time" clause so a forced redemption of stock can only occur once every five years. Courts have also approved discounts based on the corporation's tax liability. In some cases, families figure that land sales could trigger a 40% or higher state and federal tax burden.

"Congress in 1990 amended the rules on discounting of stock value to limit the use of agreements fixing value as is used by the Kalsem family," Harl cautioned. Those agreements are still acceptable if it is (1) a bona fide business arrangement; (2) not a "device" to transfer value to family members for less than full consideration; and (3) the terms are comparable to similar arrangements entered into in an arm's-length transaction.

"The issue is certain to remain in the limelight for years to come," Harl added. "Unlike other sectors of the economy, stock of very few farm and ranch corporations is traded on a stock exchange. That means the task is to create a fair and reasonable valuation outside of a market that consistently reflects market values and is acceptable to the parties. The Baur case is a good lesson in what not to do."

EDITOR'S NOTE: DTN's on-going Senior Partners series examines the financial, legal and emotional hurdles families face as they transition farm ownership from the senior to junior partners. To read other features in the package, including more details on the Baur case, go to DTN/The Progressive Farmer In-depth at http://www.dtn.com/… 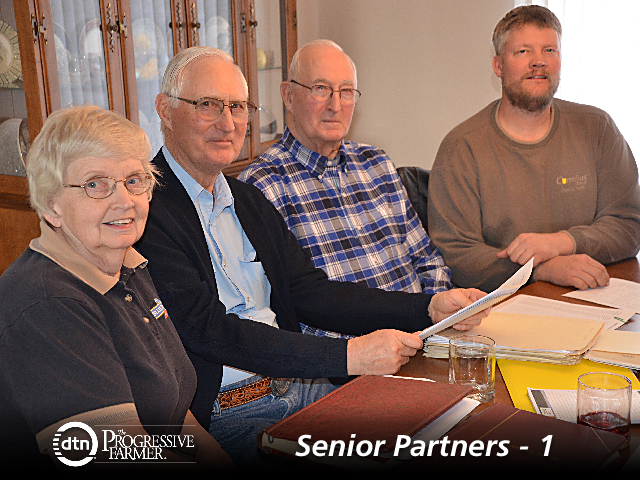