John Deere rolled out its model-year 2023 5M series utility tractors in early September 2022. There are five tractors in the series with horsepower ranging from 75 to 130 hp -- with the same engine already mounted into 6 Series tractors but in a smaller, more nimble frame. The 5130M -- the largest in the series -- mounts duals that can be spaced out for row crops or in a narrower configuration for operations such as mowing in hilly conditions. Most tractors in this series include the PowrQuad PLUS/Powr8 transmissions, giving operators push-button shifting. All 5M tractors are AutoTrac capable. 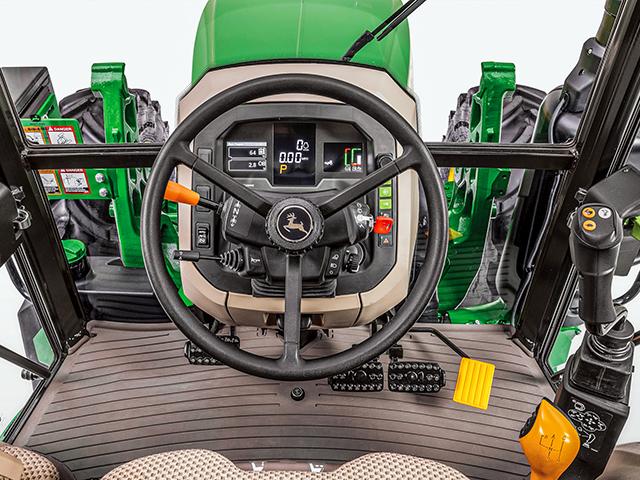