La Nina has been a nearly constant background driver for weather in North America for the last two years. It is poised to continue, and we should expect cooler sea-surface temperatures in the tropical Pacific Ocean to set the theme for the fall. Typically for the United States, that results in a hot and dry period overall. But, La Nina also produces a lot of variability both regionally and with respect to the averages. In other words, La Nina tends to cause some more extreme conditions in the fall season in both temperatures and precipitation. It also favors a more active tropical season.

Here is a look at the overall weather conditions we can expect across each region of the U.S. during the fall season and harvest.

Pacific Northwest (Idaho, Oregon and Washington): An upper-level ridge of high pressure should cause above-normal temperatures and near- to below-normal precipitation overall, but there will be some variability. These variabilities will be important as winter wheat planting heats up. November does look to be a hot and dry month, relative to normal, which could hurt establishment given the trend for falling soil moisture through the summer months.

Southwest: The monsoon was very active this summer and came early, starting in June instead of July. A reduction in drought has been a slow process with the isolated showers, but reservoirs and streamflow have declined despite this. The active monsoon is likely to continue into September but does shut down that month. A turn to a more normal fall season of mild and dry is expected for California and Nevada, but for the Four Corners states, temperatures are forecast to be well above normal. That's likely to reduce some of the drought improvements made this summer, but wintertime is when most of the area's precipitation occurs.

Northern Plains: Active weather has improved drought conditions for much of the region this summer, though it remains in some areas. The fall season is forecast to be hotter and drier overall, which should favor corn and soybean harvest. A lack of rainfall should cause soil moisture to decline for winter wheat planting, but there's likely to be some variability in this forecast. La Nina's variability may bring risks for early frosts later in September or early October, even though the forecast is for warmer temperatures on average. This could damage later-planted corn and soybeans.

Central and Southern Plains: Drought has continued to be a large issue for farmers. Temperatures have also been well above normal, resulting in poor crop conditions and an increasing need for irrigation in many areas. The forecast through the fall season also calls for above-normal temperatures and below-normal rainfall. Harvest conditions should be good for row crops, but planting and establishment for winter wheat is concerning because of the region's deep drought.

Louisiana and Coastal Texas: Until recently, precipitation in the region this summer has been well below normal, while temperatures have been exceedingly hot. Those same trends are expected through the fall season, though there is a caveat. La Nina favors increased tropical activity, and a tropical storm or hurricane moving through the region could completely turn this forecast on its head.

Midwest: Conditions have been widely variable all summer. Along with hot temperatures, this has led to variable crop and soil-moisture conditions. The fall season promotes continued variability but, when averaged out, should be warmer and drier than normal. Much like the Plains, these conditions favor row-crop harvest overall, though some eastern areas could see wetter conditions at some point. Lower precipitation may be a drag on winter wheat establishment, as well, though good soil moisture for most of the region this summer should preclude any drastically poor outcomes. Early frosts will also be a concern, especially farther north in areas that had later plantings of corn and soybeans.

Delta: Hot and dry conditions for much of the summer allowed drought to return through much of the region. There have been some periods of heavier rain, but the drought has won out in most areas, leading to declining conditions for row crops. The fall season favors a bit more variability, though when averaged out, should be warmer and drier than normal. Like Louisiana and Texas, an active tropical season could bring heavier rain during the season, which could mess with harvest but improve soil moisture for winter wheat planting.

Mid-Atlantic and Northeast: Overall, this summer has been characterized by above-normal temperatures and below-normal precipitation, though there has been some wide variability. The fall season also is pointing toward more variable conditions that, when averaged out, are more seasonable regarding temperature and precipitation. As mentioned previously, La Nina tends to produce a more active tropical season. While tropical systems are not known to have much of an impact to most of this region, the upper-air setup does favor an increased risk for tropical storms to move through this fall.

Southeast: While spotty drought developed over the early-summer season, scattered showers finally took over in July and put an end to much of the drier soils in the region. The forecast for fall is a little more daunting, with overall above-normal temperatures and below-normal precipitation. However, an active tropical season could bring some heavy-rainfall-producing systems through the area. 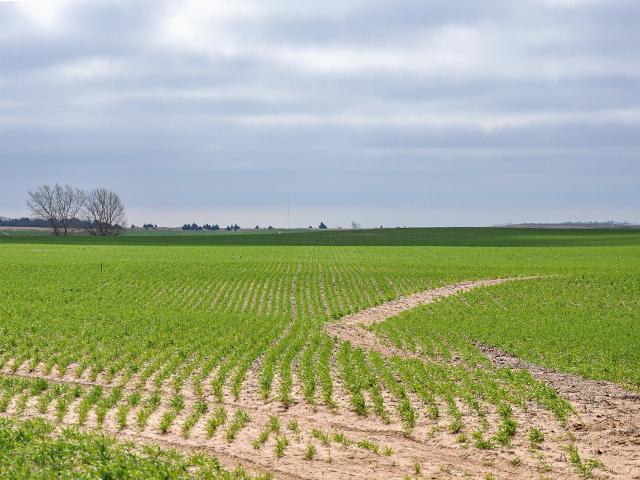