As a longtime observer of commodity markets, I have to say I've had an uncomfortable, yet familiar, feeling lately. In the case of December corn, the internal churning increased on June 23, when prices fell to a new two-month low and below its 100-day average for the first time since the 2021 harvest.

The bullish risks include a short squeeze in the July/September corn spread, which suggests a lack of available corn supplies, the uncertainty of a war in Ukraine that grows worse each month and DTN's hot and dry forecasts for the months of July, August and September. As a customer recently told me, the market just doesn't make sense right now, and I can't disagree.

That is not to say corn hasn't experienced some bearish changes. Like wheat, December corn prices peaked in mid-May and were then influenced lower as talk emerged Russia was willing to offer ships carrying grain out of Ukraine safe passage through the Black Sea.

Russia's phony proposal never had a prayer, and its attacks on Ukraine have only gotten worse. But, it did scare nervous speculators out of enough long positions to send both wheat and corn prices tumbling in late May.

Bearish influence is also coming from Brazil's second corn harvest. In spite of a mostly dry season in its central region, Brazil is on track for record production. If USDA is correct, Brazil will have 1.75 billion bushels (bb) of corn to export in 2022-23, and U.S. corn export sales have already slumped in anticipation.

On the other hand, Ukraine will be fortunate to survive Russia's assaults, let alone export USDA's estimated 354 million bushels (mb) of corn, an amount that is less than three weeks of the world's import needs. There is plenty of room for the 2.4 bb of new U.S. corn exports USDA estimates, meaning the U.S. corn surplus is likely to get tighter in 2022-23, even if corn gets its timely rains.

It is too early to know how weather will go this year, but milder temperatures and rain in the forecast started the month of July on a bearish note. DTN's forecast, however, expects mostly above-average temperatures and below-normal precipitation throughout July, August and September -- a considerable threat to yields that has rarely been seen the past two decades.

Perhaps the most bearish influence on corn and commodities, in general, has come from the threat of recession, as many worry the Federal Reserve could get too aggressive in raising interest rates. The news business has always relied on a certain amount of fearmongering, but with today's increased competition for eyeballs, the daily business news has become downright frothy. I would suggest a 3.4% federal funds rate by the end of 2022, if it happened, is not the end of the world.

There is bearish risk in corn prices, but to date, the bearish fundamental arguments aren't all that convincing, and we shouldn't ignore the bullish risks just yet. Buckle in for a volatile summer as we await weather's final say. 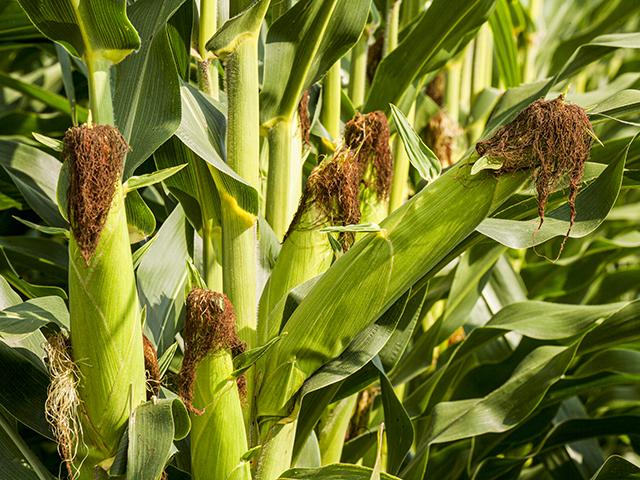