Bayer's SmartStax Pro corn hybrids will hit the landscape this spring, carrying a novel mode of action against the corn rootworm known as RNA interference (RNAi).

Corn roots with the new trait will express a tiny piece of RNA -- the single-stranded companion molecule to DNA.

If DNA is our genetic blueprint, think of RNA as the builder, reading the blueprint and shouting out directions to the workers, an organism's cells.

But, SmartStax Pro corn throws a wrench in those works by carrying a doomed set of directions for the unwitting corn rootworm larva that feed on the roots and ingest it. Once inside the rootworm, the RNA matches up with a gene in the rootworm, DvSnf7, that produces a life-sustaining protein. The RNA gives out faulty instructions to the cells, which don't produce the proper protein, killing the rootworm.

However, this process takes time to unfold, which means rootworms survive a little longer than they would from a fully functioning Bt protein, which delivers a fast-acting toxin to the rootworm's gut.

SmartStax Pro hybrids will also contain two Bt proteins, Cry3Bb1 and Cry34/35Ab1, which, like all current Bt rootworm traits, are compromised by rootworm resistance in some Corn Belt fields. Bayer is hoping the two can work in tandem to support the RNAi trait, says Travis Coffman, Bayer's trait marketing manager for corn and regional crops.

"Bt will be the quick kill, and then the RNAi comes in and provides a second punch for the cleanup," he says. 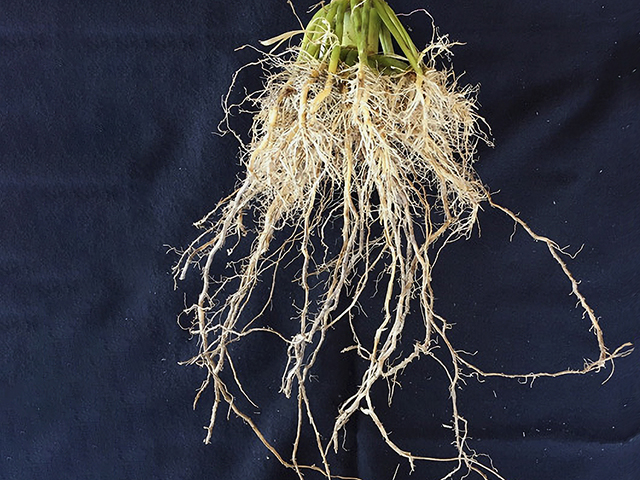