Breakdowns are always a headache. But, farmers learned this year a simple run to the nearest dealership and a sweaty afternoon with a wrench may not have been enough to get a machine back in the field.

International supply shortages ground the supply chain to a halt in many different industries and different sectors of the agriculture manufacturing world. This spring, for example, planter part suppliers set sales records as demand roared and inventory began to shrink. Then, in the summer, the crisis was so acute, manufacturers slashed production and bumped prices to compensate for the dramatic cost increases they encountered on what they could obtain.

There are parts that break once a decade and those that need replacing every few years. For those "every few years" pieces, this is the time to keep a few handy.

"Go through your equipment ahead of time," says Phil Needham, owner of Needham Ag Technologies, in Calhoun, Kentucky. "See what's needed and buy the part, even if you're not going to use it for a month or two or three."

Belts, bearings and anything else that sees wear and tear and needs regular replacement are ideal to stock up on if the opportunity presents itself.

eBay: It's not just for overpriced PlayStations the week before Christmas. There are parts available on the online marketplace, and buying them there is just one example of the lengths farmers have gone to for help this year. In the brick-and-mortar world, suppliers report helping customers who've driven as many as eight hours one way to pick up a desperately needed part. Some are even settling for parts that aren't exactly what they need.

"We also have people buying parts that are close and trying to modify those," explains John Dyke, CEO of All States Ag Parts.

The "check high and low" mantra is something that's been helping at All States, which operates 16 locations in nine states and three Canadian provinces, most of which have an attached salvage yard. They deal in new aftermarket parts, as well, and try to keep those in stock by leaning on an international supply chain.

"We buy some domestically. We buy some from China, from India, from Turkey," Dyke says. "All three of those countries have had problems at one time or another, but we're lucky to have multiple suppliers for all our parts, so if we're having sourcing problems in Turkey, we pivot to India, China or Taiwan."

Used parts have been especially hot this year, up as much as 15%, Dyke says.

That's not as easy as it always has been, of course, as the dearth of new equipment has jacked up the price of the used equipment Dyke's company often scavenges. Equipment that a year ago may have been sold for parts might now be pressed into another year of service.

But, Dyke says his company has found enough to help desperate farmers out.

The company sells used everything, from belts to tires. The tires have been a particularly hot commodity and an example of corners farmers have had to cut.

"Tire revenue is up 15 to 20% over what we'd have expected," Dyke explains. "People are buying certain sizes of tires, and some are so marginal, we'd usually put them in recycling; but they need something that holds air to put on a set of duals, so they take it."

Supply problems are likely to linger into next year.

"We have some bolts that have been on order since January," Dyke adds. "They're still not here."

Typically, there's a lead time on a parts order of two to four weeks, he says. Not so this year.

That could bring the crisis full circle, back to where it first started during planting 2021. Unfortunately, that means waiting until even January or February to make any wholesale planter changes, upgrades or fixes, and it could be too late.

Suppliers have said one saving grace for this year's planting season was it went smoothly with few weather delays.

"We sell more used parts when it's wet," Dyke says.

Conversely, drought in different parts of the country may have helped keep this season's difficult parts situation from boiling over. He says dry conditions usually decrease parts demand. 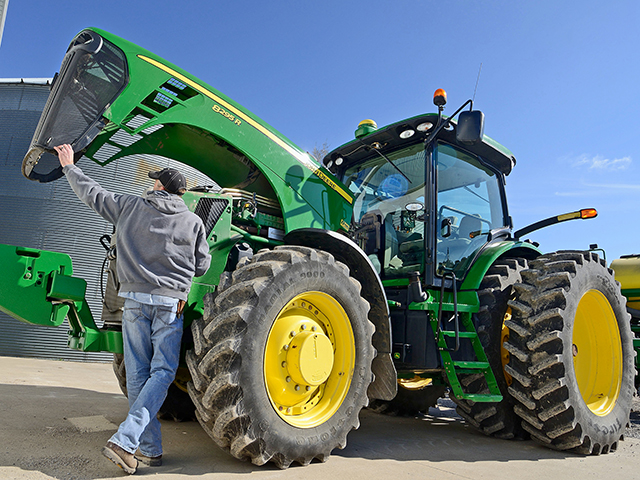