Pretty much no matter who you ask, things are looking up for the cattle market. How much? As always, there is debate over prices; but few would dispute a 5% bump.

Veteran cattle marketing expert with Oklahoma State University Derrell Peel mixed his outlook with a note of caution during South Dakota State University's virtual Beef Day. It all seemed to be tied to a deja vu kind of moment that went back to last year.

"We started 2020 saying we thought there would be modest improvements in cattle prices, maybe 5%. Then the pandemic hit, and we revised everything. We ended down 5% for the year," he said. "This year, we are back looking for modest improvement, whether it's calves, feeder cattle or fed cattle. There will be some seasonal volatility, but modest improvements are possible. Much of this happens in the second half of the year."

Peel stressed, however, the potential impact of drought and higher feed prices, or some other "black swan event" could flip the positive outlook overnight.

"Right now, the industry is really looking for the market to tell it where to go from here," he said at publication time. "After last year, we may actually be back into some mode of expansion. I don't see active liquidation, but we are poised to move either direction depending on what happens."

Peel noted during his outlook the trend he sees is one where cattle supplies are "drifting slowly" lower after peaking in 2019. He forecasts by the end of this year, beef cow numbers will drop about 0.6%, beef replacements will increase 0.1%; feeder supplies will drop 0.2%; and cattle on feed will climb 0.3%.

"In 2020, we saw the calf crop down 1.3%, so we are working toward fewer cattle as an industry. The decline is expected to support prices from a supply standpoint," Peel adds.

Corbitt Wall's outlook is also positive. He is a nationally recognized beef economist and livestock market analyst with DVAuction, and a former agricultural market reporter with USDA.

Wall notes the agency's inventory reports have been a source of frustration for many who felt they were late in showing a decline in cattle supplies.

"Finally, we are seeing evidence with a USDA stamp that shows we are in declining supplies, and that's good for markets," he said in late February.

He noted that entering the second quarter of 2021, producers would see significantly tighter numbers for market-ready fed cattle, giving them a gain in the market because of more demand for yearlings and calves.

There are also sharply higher input costs to contend with, he added, with corn over $5 per bushel, beans at around $13 per bushel and fuel costs rising. In addition, he said, many believe the U.S. will soon see higher interest rates.

"Money has been cheap, grains have been cheap. That is all changing," he cautioned, adding that between the impact of COVID and cheap corn, the beef industry trended toward carcasses in the 1,500- to 1,700-pound range. This is a market negative from a consumer point of view, even if it has been good for grading with over 80% Choice or better.

But, it is the rising cost of gain that will create opportunities for cattle producers, he stressed.

"Before, we saw cost of gain at 60 to 70 cents per pound. Feedlots could go another 200 or 300 pounds easier than getting new animals and moving them through the cycle," Wall explained. "Now, with lower supplies, feedlots will get rid of them sooner with a cost of gain at over $1 per pound. Looking at efficiency, they will want to market at more reasonable weights, and that helps our market. We are moving those animals through faster."

Looking at prices, he sees finished fed cattle getting into the $1.20 range second and third quarter. Feeder steers (#800) should be up to the mid-$1.50 range by mid-summer. Lightweight calves (#500) could hit the magical $2-per-pound number at auction markets.

What do the CattleFax analysts have to say about these projections? At the National Cattlemen's Beef Association's annual February meeting, held virtually this year, the group painted a bullish picture.

Kevin Good, CattleFax vice president of industry relations and analysis, noted the cattle industry has seen gains in productivity, despite a smaller cow herd, at 31.2 million head -- a 1% decline over 2020. Increased carcass weights are the main reason for improved productivity, but the analyst added gains in numbers of weaned calves per cow exposed, as well as increases in the amount of beef the dairy industry is producing, have played important roles in where the numbers sit today.

Good's projections indicate beef cow inventory will drop another 200,000 head this year, followed by another drop of 350,000 head in 2022. He expects U.S. steer and heifer slaughter up 2.4% for 2021, at 620,000 more head. But, cold carcass weights, which have been increasing about 5 pounds each year, are likely to drop 4 pounds for 2021, to 826 pounds. Those declines and subsequent pressure on supplies will be more apparent in the second half of the year.

Good notes beef exports and imports will change approximately the same percentage, with 2021 U.S. beef exports likely up 5%, and imports down 5%. The increased exports are expected to go to China, Japan and South Korea. Declines in imports are expected from Australia and New Zealand. Good notes through 2021 beef export value per head will be at $325, up from $313 in 2020. He says 20% of the value of fed cattle has come from the export market since 2017, and the industry needs to continue to emphasize growth in this area.

Good believes that moving through 2021, a big story will be the shift in leverage between sectors throughout the U.S. cattle business. CattleFax analysts project the fed cattle price, as a percent of composite beef cutout price, will be at 49% -- up from 43% last year.

"There are plenty of dollars in the system," Good said. "Last year, the feeder received the lowest percentage [of fed cattle price as a percent of cutout] on record because they had no leverage. We think leverage in 2021 goes back to pre-COVID levels. Today, there are still record numbers on feed, so there are challenges short term; but it will be easier to get a bigger piece of the pie in the second half of the year."

Looking at price projections, Good said fed steers will average $108 per cwt to $128 per cwt for the year. That's up from $109 per cwt in 2020. Values will trend up as the year progresses, with the fourth quarter bringing the market to its highest levels.

"We will still see lows in the fall run, but they will be less pronounced in the long-term average, and we will see a nice rally into the end of the year," he said. "We can see 10 cents to 15 cents higher than a year ago in the fall run, depending on the back end of the fed board."

Utility cows will hold up well, he added, with average price ranges of $52 to $72 per cwt. He noted these animals will be a bigger part of the check moving forward. Bred cow values will also be good, with an average of $1,200 to $1,900.

As the industry moves into the second half of this year, DTN livestock analyst ShayLe Stewart offers a few cautionary notes to help maximize returns on the year.

"I believe the real market opportunity this year will be in the last half," she says. "I realize it's hard for a producer to sit and wait, and believe. We've seen such a sorry market for years, and now when we are flashed those bids from country buyers or at early spring sales, it is hard to hold back. But, we have to look at the big picture and realize every operation is different."

Stewart points to higher feed costs, higher costs of grass leases and possible issues tied to drought moving through the summer months in some regions. Those areas will demand different marketing strategies.

The analyst says today, some 75% of cow/calf producers market calves in the fall; and this year, that trend isn't likely to change. But, she stresses, more opportunity may well exist later for those who can economically justify holding back calves a little longer.

"I know it's a hard matter to chew on," she says. "If I can get some of my calf crop priced in the spring, why not cover my tail a little and hold back some to ride the market up? It all depends on the size of your operation. You'll lose that advantage if you don't have enough calves to make a truckload each time."

What's just as crucial, she adds, is knowing where you sit when it comes to cost.

"What does it take for you to see a positive balance sheet?" she asks. "You have to know exactly where you sit. What does it cost you to carry those calves into early 2022? Consider feed costs and availability of forages. Realistically, you can't make the best decision if you aren't sure about costs."

Lastly, Stewart says fuel prices have been low for so long, many may not appreciate the impact higher prices at the pump will have on profits moving forward.

"It will affect everyone. Cow/calf producers, packers, feeders, backgrounders. No one will want to absorb any more costs and will look to push those increases to the next guy. Make a plan and have a couple of outlets lined up to give you some choices, and maybe more negotiating power." 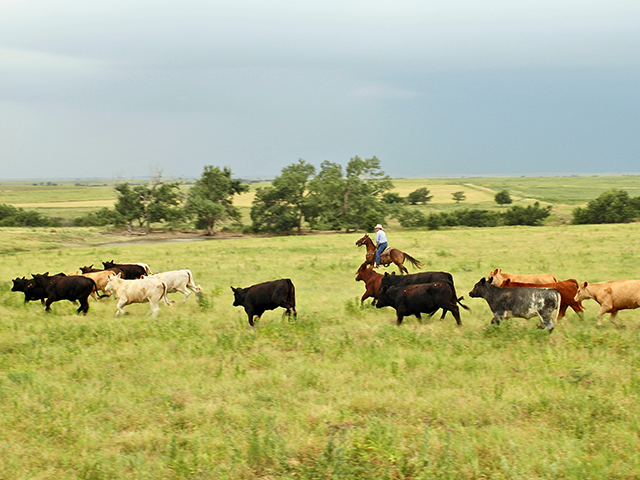