Ever since Austrian monk Gregor Mendel's work with pea plants in 1866 revealed how plant characteristics are passed from generation to generation, scientists have been editing the genetic code of organisms to produce progeny that's better than the previous generation. What has changed through the years are the tools and methods they now possess to do their work.

Nothing has been more transformational than genetic engineering. The ability to insert the DNA of one organism into another so the recipient expresses the trait encoded by that gene helped launch the biotechnology revolution in agriculture.

U.S. farmers quickly embraced genetically modified crops when commercially introduced in 1996. They were thrilled with the ease of use and the level of pest and weed control from planting transgenic crops with Bt insect resistant and herbicide-tolerant traits.

Some 39% of the world's crop acres planted to genetically modified (GM) traits are in the U.S. Other countries with notable adoption of GM crops include Argentina, Brazil, Canada and India. Globally, 48% of soybeans are GM, 32% corn, 14% cotton and 5% canola.

The past 25 years have seen further advances in the science and potential products of genetically altered plants and animals. But, ongoing censure leaves the technology's reputation tarnished in the eyes of its critics.

The first generation of commercial transgenic traits centered solely on farmer benefits. Consumers were left with questions and concerns about the safety of using the technology to fiddle with their food. In turn, the ag industry did a poor job explaining the benefits of genetically altered plants for consumers.

Critics and anti-GM groups sowed further doubt. Outside the U.S., countries (Europe, in particular) took action by prohibiting the planting of GM crops. Multiple groups opposing GM also can be found in the U.S.

This special issue looks at some of the highs and lows of the gene revolution in agriculture, and provides historical perspective on biotechnology, past, present and future. While the issue only focuses on crops, gene-editing technologies are being used in livestock, as well.

What will the next 25 years bring for biotechnology in agriculture? Time will tell. But, it's critical the industry is transparent in telling the public how GM technology works and the potential benefits it can bring to food security, sustainability, the environment and more. Only then will the full advantages of the science be realized, not only in the U.S. but around the world. 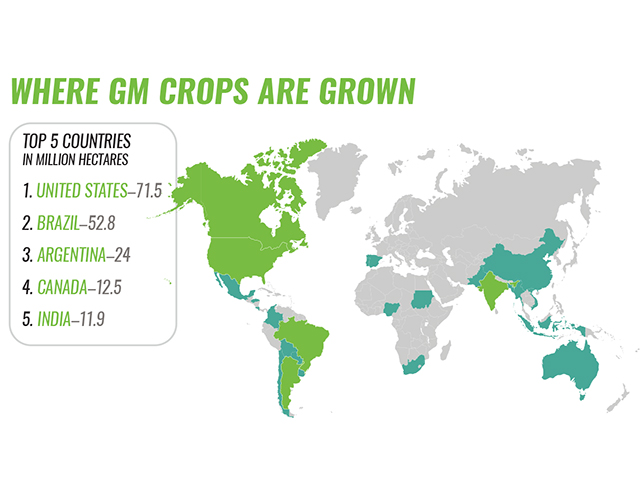