Kevin Stoy is the office guy, the business manager and the marketer of the eastern Indiana farm he, his two brothers, Tom and Ken, and their father, Larry, have grown to nearly 18,000 acres from 1,300 nearly 30 years ago. Their business strategy has been for several years to focus on what they do best: grow nongenetically modified (GM) soybeans and GM corn -- and be able to market the heck out of them.

The Stoys' decisions are all harnessed to the bottom line. The pragmatic approach has led them to plant all GM corn hybrids while planting 100% of their soybeans to non-GM varieties. They've grown non-GM soybeans for years, even when they weren't selling them for a premium.

The bulk of their non-GM soybeans are contracted with two grain elevators that, in turn, aggregate large enough quantities to rail them to a crush facility. The meal is sold to poultry companies and the oil to other specific end users. Premiums run $1.25 to $1.50 per bushel.

"We tried non-GM corn and couldn't get it to pencil out like the non-GM beans," Stoy says. The availability of cost-effective multiple modes of action in soybean herbicides is crucial. So is the good yield capability and lower cost of non-GM soybean seed.

"We've grown beans for as high or higher yields than GMs with lower input costs," he continues. Herbicides that were once under patent -- like Pursuit (Group 2 ALS herbicide) -- could cost $17-plus per acre or more to apply, but can now be applied for $3.50 per acre.

In 2020, there were about 13 million acres in the U.S. devoted to non-GM corn and soybeans -- about 8% of all corn grown and roughly 6% of all soybeans, according to Mercaris, which collects market data and facilitates sales in the organic, non-GM and other IP (identity preserved) markets.

"Over nearly the past seven years, those levels have been fairly stable," says Ryan Koory, Mercaris director of economics. GMs in row crops were introduced in 1996 in the U.S., and their use grew quickly. The numbers would suggest the use of GM crops has plateaued within the U.S. The market for non-GM crops shows potential for more growth, Koory explains.

"The trends have shown consumers are concerned about other aspects of their food -- the social, health and environmental impacts," he says. "I don't see those trends going away anytime soon."

In Cotton Plant, Arkansas, Adam Chappell helped lead the family farm from the brink of financial ruin 10 years ago by moving to what is being referred to as "regenerative agriculture," the use of cover crops to help soil health, manage water and suppress weed production. Part of the equation for them was using significant amounts of non-GM seed, mostly because the seed cost was considerably less.

Chappell uses multiple non-GM public varieties. Including seed-cleaning costs, he reports spending roughly $14 per bag compared to $45 to $80 per bag for GM soybean varieties. He adds yields are comparable between the two varieties.

"My interest is purely about business," Chappell says. "I don't have a problem with GMs, and we still use them for about 30% of our crops." He, brother Seth and their father grow cotton, corn and soybeans, and run cattle on 8,000 acres.

"We can use public varieties on soybeans and save back seed," Chappell says. "It's huge cost savings on the front end and a premium on the back end." Their non-GM soybeans are sold to nearby poultry operations that market non-GM fed chickens. "The extra management I have to do with non-GM is worth it to me."

The non-GM soybeans are contracted to a regional poultry company. Premiums range from $1 to $2 per bushel depending on the year and delivery date.

Should the demand market or herbicide technology change, Chappell says he can certainly shift back. "If everybody goes back to GMs, and there's no more premium for non-GMs, that's fine with me -- it's an easy transition back," he says. He doesn't see the market moving that direction, though.

"What we've learned from the introduction of GM crop technology is that the consumer wants to have an opinion," says Eric Wenberg, executive director of Specialty Soya and Grains Alliance (SSGA), a business trade group of seed companies, wholesalers and transportation firms that supply specialty and identity-preserved soybeans, corn and small grains in the U.S. and overseas. "If you're a food manufacturer, you do what the customer tells you to do."

Formed less than two years ago, SSGA makes sure the issues important to the specialty-crop industry "don't fall off the table," Wenberg says. Certainly, there is more demand for many specialty crops like non-GM soybeans.

"Our members need more food-grade soybeans, and they need more non-GM soybeans, but do they have the premium necessary to activate farmers to grow it?" Wenberg asks. "I think what they've proven is that they are willing to pay."

The value of U.S. soybean exports is about $18 billion annually with non-GMs making up about 10% of the total. That slice of the pie is increasing, Wenberg believes. "I think that when we speak of where agriculture is headed, it is to provide a specified crop for specified customers. "If the past 25 years have taught us anything, it is that we can't market one thing -- we have to market many things well."

Indiana's Stoy may not want to grow many things well at the same time.

Not too many years ago, the Stoys grew three types of soybeans: GMO, non-GMO and Plenish-brand high oleic oil soybeans. Keeping the three separated in terms of storage and equipment was just too much. Likewise, they used to sell crop insurance, run cattle and raise seed for Pioneer. They grew potatoes for two years and parsley for 15 -- crops that went into Campbell's soups. All of that is gone now.

"We've come full circle," Stoy explains as we walk in a field of non-GMO soybeans -- part of the 8,000 acres they grew in 2020. "Sometimes, sidelines can hurt you. In our case, we decided that if we weren't going to be the best at certain things, we wouldn't do them."

For 2021, Stoy says they will likely reduce their non-GM soybean acres because of issues with dicamba moving off-target from neighbors' Xtend soybean fields.

That said, Stoy doesn't rule anything out in the future. "We're always worried about sustainability. We want to be able to compete with virtually any opportunity that comes up, which is really the ultimate sustainability." 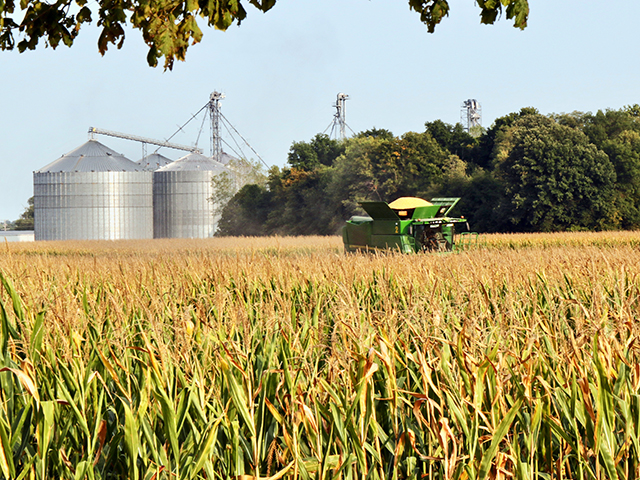