As 2020 began to unfold, Progressive Farmer launched the editorial series "Decade of Disruption." Its intent was to explore various catalysts of change likely to bring both challenges and opportunities for agriculture. Little did we know how prophetic our reporting series would be.

Forevermore, 2020 will be defined by readers of this magazine and DTNPF.com by COVID-19, Climate and China. All three set in motion structural changes in global food-supply chains and food security.

Analysts with Gro Intelligence aggregated myriad agricultural data to forecast how these three "Cs" will reverberate throughout agriculture for years to come. (Editor's note: Gro partners with DTN/Progressive Farmer for our Digital Yield tour in August.)

COVID-19. The pandemic disrupted food-supply chains worldwide, interrupting transportation and distribution, and curtailing demand from institutions (restaurants, hotels, etc). In the U.S., temporary food shortages sprang up along with retail price volatility. Meat and poultry processors limited production or shut down as the virus infected workers. Without a market, some growers were left with the daunting decision to dump milk, leave fruits and vegetables rotting in fields and orchards, and euthanizing livestock.

Global supply chains will be tested even more as we continue to grapple with COVID-19 and as demand recovers in a post-COVID-19 world. Short-term focus for companies will be to shorten supply chains and protect workers.

CLIMATE. Last year saw a record-breaking amount of natural disasters around the world. Australian brush fires followed by torrential rains. Record numbers of hurricanes. A rare derecho windstorm in the Midwest. Wildfires in the West. Swarms of locusts in parts of Africa and India. And, now dry conditions in Brazil and Argentina brought by a La Niña. In the U.S. alone, there were $22 billion weather and climate disasters, according to the National Oceanic and Atmospheric Administration.

In response, U.S. financial regulators began to incorporate climate risk into their regulatory framework. Companies also started to measure and manage their exposure to the effects of climate change.

The Commodity Futures Trading Commission declared for the first time in a report released last September that "climate change poses a major risk to the stability of the U.S. financial system and to its ability to sustain the American economy."

President Joe Biden has announced the U.S. will rejoin the Paris climate agreement and has set up a climate team, naming former Secretary of State John Kerry as his climate envoy.

CHINA. The Chinese began to ratchet up demand for global grain as it rebuilt its hog herd after recovering from the African swine fever. China went on a buying spree for soybeans and corn, and turned to the U.S.

In response to a tightening food supply, China's President Xi Jinping announced, "Food security is national security." Gro analysts contend that signals a tectonic shift in China's priorities from being self-sufficient to a net importer of grain to meet its food demand. That's likely to bode well for the Phase 1 trade agreement between the U.S./China and future agricultural trade between the two countries.

Meanwhile, as the market tightens in 2021, other countries will look to protect their food security either through trade measures or by diversifying their import partners.

There's much we still don't know as events continue to unfold in 2021 and beyond. What is certain, however, is that the decade of disruption shows no signs of easing. 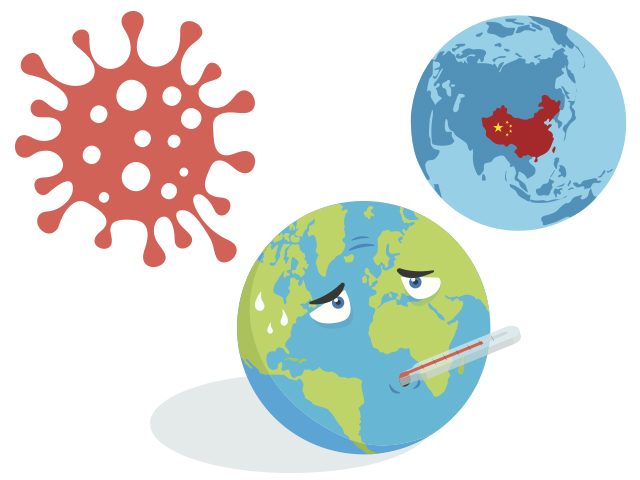