Markets aren't as linear as they used to be. There was a time when a reasonably accurate supply and demand report gave a good crops analyst the data necessary to make well-informed projections about where an industry had been and where it was likely to go in the coming months.

Today's markets are more dynamic, reacting quickly and often emotionally. This year was a good example of how the unexpected can impact prices and a lesson in how to react to that change.

Todd Hultman, DTN lead grain market analyst, has worked in the commodity futures industry for more than three decades. Even with all of that experience, he says 2020 was a year unlike any he'd seen before. Where did it leave commodities? What happens moving forward? Expect the unexpected next year. But, most producers can also expect a little good news when it comes to prices.

For corn producers, 2019 started bad and pretty much got worse as the year progressed. Hultman recalls some of the worst planting conditions on record, followed by the 2020 global pandemic that hit corn in two big ways.

"First, we saw energy demand drop dramatically, which meant ethanol demand dropped. So, we took a big hit on that side. Ethanol production as of early October was still down 9% compared to a year earlier," he explains.

The other shoe the market heard drop was on the feed demand side. "Livestock producers were in a dramatic financial bind as we saw packing plants close. Cattle and hog production stopped throughout the Midwest, putting considerable financial stress on producers. This caused concerns for corn markets due to grain usage."

All of this weirdness flipped the typical seasonal patterns for corn prices. Normally, the best opportunity to sell grain is late spring into early summer. Hultman notes this year, prices dropped in late February and early March, and the market started seeing lows when it typically saw highs.

"Then we had a late surprise," he says. "The big windstorm that blew through Iowa on August 10, coupled with drought, took off some yield expectations. About that same time, China started to dramatically increase purchases of corn."

Hultman is cautiously optimistic when he brings up what he calls a "bullish hope" that China will continue to buy corn at an increased pace.

"It's hard to tell what their actual supply and quality situation is," he says. "Their domestic corn prices are now close to $9 per bushel. All of their food prices seem to be elevated as we move into October. So, that tells me there could be more export sales in our future with China."

Trade disputes and dueling tariffs with China set a worrisome tone for the soybean market early.

Those early disappointments were compounded as COVID-19 became a global concern. By June, Hultman says the feeling in the market was that soybean prices were healing.

"Part of that was the fact that soybeans didn't have the energy exposure corn did through ethanol. And, part of it was that we looked at Brazil's soybean prices and saw that just a couple of months after recording a large soybean harvest, they were making new market highs due to China's aggressive buying."

This added up to good news for U.S. soybean producers, as USDA reported 74% of the crop was considered "good to excellent," the highest such rating in 10 years.

Moving into the fall, China's aggressive buying continued, and Hultman noted that at press time, the U.S. export sales commitment looked pretty solid, at 1.55 billion bushels -- more than half of that to China. "Since early August, this market has almost been straight up, and I think there's still some room on the upside."

For five years, the U.S. has held a large wheat surplus, hovering around the 1-billion-bushel mark. Moving into 2021, USDA reports that will drop modestly, to 883 million bushels.

"Wheat competition is stiff all over the world," Hultman says. "We are vying for second place in the wheat export market right now against Canada and Europe. Russia is king when it comes to wheat production. We are looking at a record world wheat crop for 2020 and a record world ending stocks level."

There may be a glimmer of positivity shining through all those wheat supplies though. "Winter wheat is being planted as we go to press, and there are two areas of concern," Hultman says. "Russia and the western U.S. both have drought issues. La Niña conditions remain in effect, and that generally means the Southern Plains will be drier possibly into early 2021. The fact that we are planting a winter wheat crop into dry conditions is generating bullish enthusiasm."

Cheap oil prices coupled with a global pandemic didn't do the cotton market any favors. By press time, USDA was looking for an average price of 61 cents per pound. Hultman notes earlier in the year, the commodity had some bounce-back in it when prices were in the 70s, but as the pandemic hung on month after month, prices dropped.

"Oil prices are cheap now, and that is creating some tough competition for cotton," he says. "There have also been concerns over whether China would import much cotton. I think at the heart of the issue is that cotton is not the necessity of something like rice or wheat. Both of those held up through the pandemic, in large part, I think, because they are common human diet staples for the poorest levels of society. You can do without buying cotton for a year, but people have to eat."

Cotton exports slid by nearly 1 million bales compared to a year ago, the analyst adds. As 2020 ended, he says the market isn't excited about more cotton with ending stocks around 7.2 million bales.

Its reputation as a basic staple for so many diets around the world served rice well through 2020. Demand held despite multiple global challenges.

He notes there were good pricing opportunities for the grain this year, as spot rice prices peaked in June at more than $20 per cwt. "That's off the charts. You have to go back 12 years to see prices like that. It's encouraged increased production in the U.S., where we are looking at one of our biggest plantings in memory. As a result, ending stocks are expected to go up from 28.7 million hundredweight to 47.7 million hundredweight."

There is some caution in the market, he adds, as speculators are on the long side, leaving no strong argument for higher prices.

"Overall, world demand for rice doesn't fluctuate that much," Hultman explains. "It's good news, bad news in a way. We don't see those big upswings when the economy is good, but we don't necessarily see downswings when it's bad either." 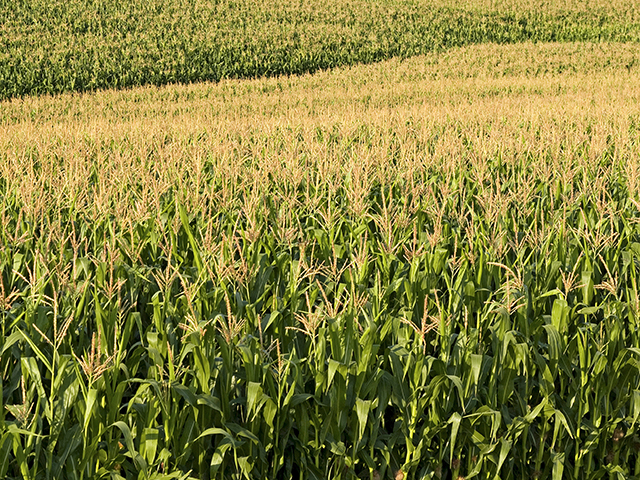