But, given spring and summer weather extremes, soil variables and aversion to risk, farmers are planting soybeans at varying flat rates -- from 100,000 to 180,000 plants per acre.

Low commodity prices continue to drive growers, such as David Beck, of St. James, Minnesota, to reduce input costs. Lower soybean seed prices in the past two to three years have helped, yet many farmers want to decrease seeding rates further as long as they can maintain yield.

"As long as we can keep an acceptable final stand of around 120,000 to 125,000 plants per acre, we will continue to work rates lower, just no big reductions," Beck says.

He plants 160,000 seeds per acre for his 15-inch-row drilled no-till soybeans and 140,000 for his drilled conventional tilled beans. "On the advice of our crop consultant, we planted a couple of fields at 130,000. This gave us a final stand of around 110,000 to 115,000, so we'll see if the yields go down. Some years we have just as good of yields with thinner stands, depending on the soil types and varieties," Beck adds.

Crop consultant Stephan Melson, who works with Beck and other farmers across four counties in southern Minnesota and northern Iowa, says more farmers are seeding below the normal 140,000 seeds per acre. "Seeding rates are trending lower except when planting earlier or into cooler, wetter no-till situations where there's going to be more stand loss."

"In our heavy clay soils, there's always a chance for hail or windstorms or smacking, packing rains that can quickly cut stands by a third," Burns says. "If we start at 110,000 plants or less, and lose a third or more, we're in a replant or interseed situation. So, my growers often reduce their replant risk and seed 135,000 to 150,000 seeds per acre."

In Arkansas and the Mid-South, current soybean seeding rate trends are around 140,000 to 150,000 seeds per acre, says University of Arkansas System Division of Agriculture Extension soybean agronomist Jeremy Ross.

Growers in the Mid-South should also consider inoculants when planting in mid-May and June, Ross adds.

"We're a bit warmer than the Midwest, which increases our insect and disease complex," he continues. "And, some years we see more issues with seed germination and accelerated aging scores, adding to the need for treatment to protect the stand."

Researchers and farmers who have varied seeding rates understand that higher populations in lower-productivity field zones are more agronomically optimal; the same is true for lower rates in higher-productivity areas.

"We found a lot of field variability, where optimal seeding density could be anywhere from 75,000 to 175,000 plants per acre," Leverich says.

The lowest seeding rates were statistically the lowest yield on a whole field average at Site 1, Leverich reports. At Site 2, the yield was greater in 2018 on average (64.9 bushels per acre) than 2019 (47.5 bushels per acre), likely because of pressure from white mold, late planting and other agronomic factors. The opposite was true at Site 2: 75,000 seeds produced the highest yields in 2018, and 100,000 seeds delivered the best yields on average in 2019.

University of Minnesota researchers went beyond just bushel results to find the economic optimum seeding density (EOSD) for each 1-acre block on each site by year.

The researchers are now going after the real challenge: determining how to predict future seeding rate responses on every acre. 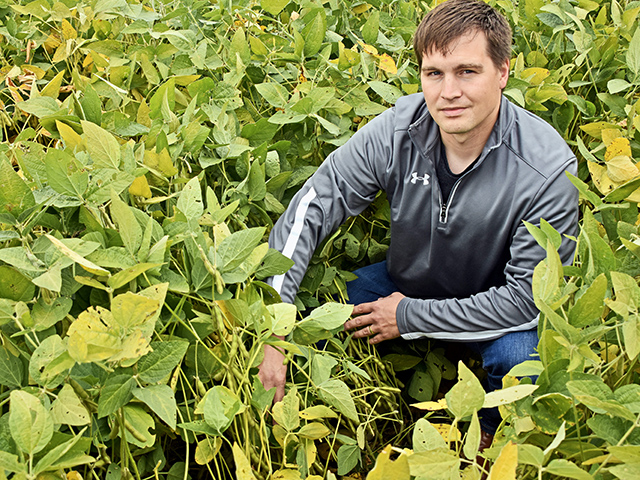