By Gregg Hillyer, Editor In Chief

Carbon is cool again. Policymakers, private and public companies, and institutions are looking for ways to reduce heat-trapping greenhouse gas (GHG) emissions such as carbon dioxide linked to global warming and climate change. They are turning to agriculture as one solution to reduce GHG emissions.

Multiple initiatives have been announced or proposed that pay farmers to adopt practices that sequester carbon on their farms and ranches. Embracing carbon smart systems like cover crops and no-till stores or sequesters carbon in the soil, reducing atmospheric carbon dioxide, the primary GHG.

According to the American Farm Bureau, when total emissions and removals are factored in, total land use, land-use change and forestry represented a net emissions reduction of 774 million metric tons (mmt) during 2018. While not all of these carbon sinks are directly related to the activities of farmers and ranchers, they more than offset agriculture's direct contribution to GHG emissions of 659 mmt in 2018.

Agriculture, of course, can't do it alone. In EPA's most recent data, ag represented 9.9% of all GHG emissions by economic sector in the U.S. in 2018. At 28%, transportation is the largest contributor, followed by energy (27%) and industry (22%).

> Bayer's Carbon Initiative rewards farmers in the U.S. and Brazil for generating carbon credits via practices that reduce agriculture's carbon footprint. It's part of the company's sustainability commitments aimed to reduce field GHG emissions by 30% in 2030. The pilot program in 2020 will enroll about 1,200 row-crop farmers and eventually expand to other countries.

Growers willâ?¯receiveâ?¯compensationâ?¯at a flat rate per acre enrolled in the program (not by theâ?¯estimatedâ?¯amount of carbon sequestered).â?¯They will use their existing Bayer PLUS Rewards account and will be able to redeem their rewards for cash.

> More than 20 million acres have been submitted to participate in The Terraton Initiative, launched by Indigo Ag. Its website states farmers have the potential to be paid $15 per verified carbon credit, with each acre earning a possible two to three credits.

In addition, food companies like General Mills and Kellogg have directed suppliers to pay farmers who use carbon-sequestration practices so the firms can claim carbon credits to meet their sustainability and GHG emission goals.

Even Congress is taking renewed interest in carbon. The Senate has introduced the Growing Climate Solutions Act, which would create a program at USDA to set standards for carbon-sequestration markets. According to a story by DTN Ag Policy Editor Chris Clayton, USDA would provide technical support for farmers and establish third-party certification for carbon credits. There's a potential $5-billion market for carbon credits on farm ground and forests, according to industry studies.

Efforts to pay farmers for sequestering carbon aren't new. In the early 2000s, the Chicago Climate Exchange was the first national attempt to establish a carbon market. Farmers and ranchers generated offset credits by adopting practices that reduced GHG emissions. Companies and local governments could buy the credits to offset their own GHG emissions. Unfortunately, farmers flooded the market with offset credits, and prices crashed. With too few buyers, the exchange failed by 2010.

Will many of these initiatives face the same fate? The time may have arrived when carbon farming will be as commonplace in your operation as corn, cotton or cattle. 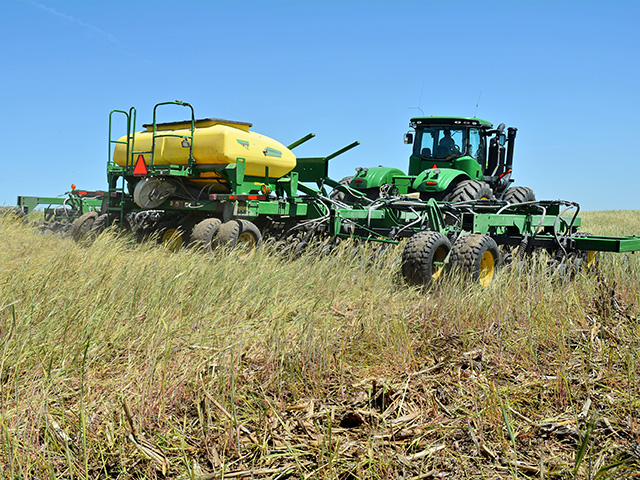