The 335 cow herd at UF, in Gainesville, is custom-made for studying the effects of heat stress. Cows here range from 100% Brahman to 100% Angus, with varying degrees of both in the crosses. Mateescu's study here is in its fourth year. She and her crew divide heifers into six categories based on the amount of Brahman. An empty controlled internal drug release device holding a tiny thermometer is placed in the vagina of study subjects. It records internal temperature of the animal for five days, while weather stations keep track of the outside temperature and humidity. 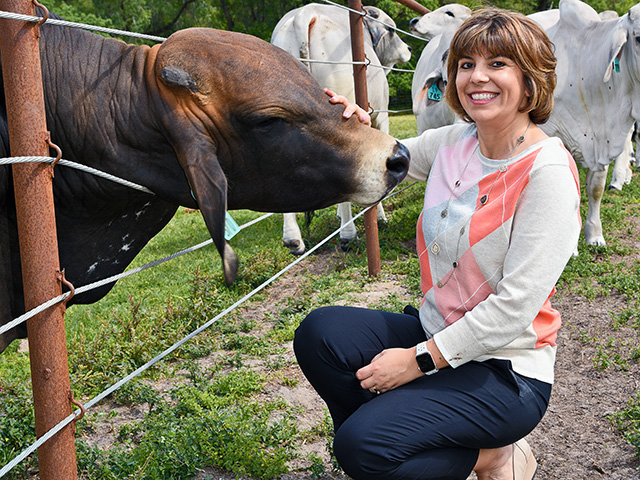