This is a tale of two wheat champions.

First up is Rick Pearson, who from the rich, river-fed soils of his southern-Idaho farm, grew a field of densely packed, soft white winter wheat plants brimming with 211.59 bushels per acre (bpa).

Then, there is Shawn Kimbrell, who coaxed 70.93 bpa from a hard red winter wheat variety on his dryland soils in the semiarid High Plains of Texas, where wheat is more often forage for livestock than award-winning grain.

Wheat has long been an everyman's crop. It has the reputation of growing wherever you put it with whatever you give it. The National Wheat Foundation's annual wheat yield contest wants to recognize that, while also pushing growers to ask more of the tough, versatile grain crop, says Steve Joehl, director of the wheat contest.

To this aim, the contest now recognizes two tiers of winners: high-yield winners and winners who produce the highest above-average yields for their region. It also recognizes two overall winners for the highest-yielding irrigated and dryland wheat, called Bin Buster awards.

"My concern has long been that wheat genetics are outstripping the management ability of the average wheat farmer," Joehl says. "But, not these winners. They get it -- they understand wheat's potential."

"There's a systems gap between the average yield-producing farmers and these top-end-yielding contest winners," Joehl explains. "That's the information we have to spread. If you want to make wheat productive, you have to manage it as intensively as corn -- maybe more intensively."

"I never go a day that I don't see my farm," Texas's Kimbrell says. "I heard a quote once: 'The best fertilizer you can put on a crop is a farmer's shadow,' and I thought that was perfect. If you don't go out and see your fields every week, you can't provide what it needs in a timely manner."

That kind of attention allows a wheat farmer to be as responsive as possible, says Alec Horton, whose family runs Horton Seed Services, near Leoti, Kansas. The Hortons scout their wheat weekly and take tissue samples every two weeks throughout the growing season. By late April, they noticed the ample moisture and mild temperatures of the season were setting some of their 2019 wheat fields up for higher-than-normal yields.

Some fields were displaying up to 75 heads per foot per row, Horton recalls. "Normally, we wouldn't be able to sustain that many heads toward the end of the growing season," he says. "We realized we needed to do something extra quickly or those plants would run out of nitrogen." In April, the Hortons applied extra nitrogen to a field that went on to surpass 146 bushels per acre, landing them fourth place in the high-yield category for dryland wheat.

The result of this intensive management isn't just high-yielding wheat, it's also high-quality wheat, Joehl says. Protein levels in hard red winter wheat entries were consistently high, with most ranging from 11 to 13%, despite growers' towering yields. Most of the hard red spring wheat entries had protein levels ranging between 13 and 17%.

"We need to start changing our thought process toward growing more high-quality wheat and, even more importantly, understanding what that quality is and being able to communicate it to the end user," Arnusch says. His farm has recently started adding value to its wheat operation by growing some wheat acres to supply Colorado's celebrated craft beer industry.

Through tireless soil and tissue sampling, the Hortons have learned that sulfur builds protein in addition to improving nitrogen use efficiency. They've fine-tuned their nutrient program to get the maximum quality results from both their nitrogen and sulfur applications.

"We discovered if we give the plant more sulfur [at topdress], later in the season when the plant is mobilizing nutrients, it can use the sulfur to build proteins and leave nitrogen to pump up the yield," Horton explains. "If you don't have enough sulfur, the plant will lack protein if you have the environment to have really high yields."

With low commodity prices, a global glut of wheat and record low wheat acreage in the Great Plains, profit margins are a top concern, even among contest winners.

Pearson treats his wheat acres the same, contest fields and all. In fact, his winning contest entry lay within 65 acres that averaged an overall yield of 191 bpa. "It was some of our best ground," he says. "I drove by it every day, but I never dreamed it was that good."

For growers in less fertile climes, less is more. Kimbrell believes the most influential and profitable practice on his no-till Texas operation is letting each acre rest one out of every three years. Each growing season, one-third of his fields grows wheat, one-third grows cotton and another third lays fallow. "Everybody talks about wheat not being profitable, but I disagree," he says. "I'll make more money off growing wheat on one-third of my acres than I would farming the whole thing every year."

The contest is building a valuable database for the industry, as wheat yields and quality results are gathered along with the contestants' wide range of management practices each year, Joehl says. He hopes someday, this trove of agronomic insights will push generations of wheat growers to discover new and more profitable ways to grow high-quality wheat.

For some, the contest is already doing that.

"Our approach to this wheat yield contest isn't one of coffee-shop bragging rights," Arnusch explains. "It's putting our management style up against the very best in the industry and learning from it. I've drawn a lot of good information and thought processes from other winners in past years. It helps me try to think about the crop differently than I ever have before."

The National Wheat Foundation unveiled a new organization for the contest's awards and rankings in 2019. In addition to two Bin Buster awards for the top yield in irrigated and dryland wheat, each category of wheat now has two tiers of winners. One tier is based on high yield alone. The second tier is based on how a field's yield compares to the five-year average yield of the county where it is grown. Each tier also has a different number of winners to reflect actual U.S. wheat acreage.

THE FARM: Rick farms with wife, Susan, in the fertile, irrigated Magic Valley of south-central Idaho. Fed by a complex series of canals off the dammed Snake River, the Pearson's land is primarily devoted to soft white wheat, corn, hay and potatoes. They farm with help from seedsman Robin English.

THE FIELD: Pearson's winning field got 110 pounds of nitrogen, 50 pounds of sulfur, 12 inches of irrigation water, a fungicide pass and a growth inhibitor to help stiffen the stalks of the grain-heavy plants.

KERNELS OF WISDOM: Keep profit foremost in mind, Pearson says. "In my opinion, if you can't make this work on a scale that you can stay in business with, then you're wasting your time," he says. "I made it a point that I wasn't going to do a lot of extra fertilizing or management to win the contest."

THE FARM: Tom is the fourth generation on his farm in western Oregon, where he has been farming since he was 5 years old. He grows wheat, grass seed, clover seed and a range of vegetables and berries. The Tualatin Valley where he farms receives a generous annual bounty of rainfall, ranging from 35 to 40 inches per year.

THE FIELD: Duyck immediately noticed that his field planted to Rosalyn, a public variety created by Oregon State University, was thriving early in the season, and weather conditions were good. So, he devoted a little extra fertilizer to the field, finishing with 165 pounds of nitrogen, 18 pounds of sulfur and a fungicide pass.

KERNELS OF WISDOM: Nitrogen, good genetics and crop rotation are key for his wheat production, Duyck says. "This field's rotation coming out of a legume -- green beans -- helped a lot."

THE FARM: Arnusch is a third-generation farmer in the Prospect Valley of Colorado. He and his family grow alfalfa, corn, seed barley and seed wheat.

THE FIELD: In addition to 6 acre-inches of irrigation, Arnusch applied 140 pounds of nitrogen via dairy effluent, two fungicide passes and an insecticide.

KERNELS OF WISDOM: "Keep the crop as stress-free as possible, and get out of its way," Arnusch says. "When Mother Nature is on your side, the genetics can do great things."

THE FARM: Stout and his family primarily grow chickpeas and different types of wheat on a three-year rotation, with some canola, as well.

THE FIELD: Stout uses variable rate to apply 130 to 260 pounds of nitrogen depending on soil zone, as well as sulfur, potash, zinc and a fungicide and insecticide pass.

KERNELS OF WISDOM: "Getting the technology to do variable-rate fertilizing and control where we're putting all our nutrients rather than use one cookie-cutter rate has really pushed our yields to a new level," Stout says.

THE FARM: Friehe grows potatoes along with a broad range of vegetables, grasses and grain crops, such as sweet corn, peas and wheat.

THE FIELD: The field got 16 inches of irrigation water, 260 pounds of nitrogen, boron, an insecticide pass and two fungicide applications. Friehe also adds wastewater from a local potato plant to add phosphorus and potassium.

KERNELS OF WISDOM: "You need a willingness to smartly spend the dollars required at a certain time," Friehe says. "Sometimes, I think we've written off wheat because we didn't think we could get those yields. It's an eye-opener to see you can get those high yields and justify the cost to get there."

THE FARM: Stout farms with his father, Doug, who also won a High-Yield award. He and his family grow chickpeas and wheat.

THE FIELD: Using variable-rate applications, Stout treated the field with 195 pounds of nitrogen, 25 pounds of sulfur, 25 pounds of phosphorus, 10 pounds of potassium and micronutrients throughout the season. A year of good rainfall and moderate summer temperatures helped finish the crop off, Stout says.

KERNELS OF WISDOM: "We take soil samples of each soil zone in the fall before we seed," Stout says. "Then, we take tissue samples in June. We're always keeping an eye on the fields."

THE FARM: Kimbrell grows cotton and wheat, and owns a seed company, Seed Inc., which is managed by his stepson, Damien. His farm has been no-till for 20 years, and he lets one-third of his acres lay fallow every year.

THE FIELD: Low seeding rates rule in this dry land. Kimbrell applied 50 pounds of nitrogen to his field in March just in time for it to receive a rain event and start growing. A low disease and insect year allowed him to skip pesticides, and timely rains finished off the crop.

KERNELS OF WISDOM: "No-till made a huge difference for me," Kimbrell says. "The first year I experimented, I started with a field that averaged 15 bpa. My average yield when I stopped farming that field was 40 bpa."

THE FARM: Derrick farms with his wife, Alison, and his family in eastern Montana. On their no-till operation, they grow a diverse mix of crops -- wheat, durum, peas, chickpeas, lentils, corn, sunflowers, alfalfa, soybeans and canola.

THE FIELD: Using variable-rate application, Enos applied an average of 119 pounds of nitrogen to the field, along with sulfur and potash. Moderate summer temperatures and above-average rainfall helped push the field to its winning yield, he says.

KERNELS OF WISDOM: "Other than crop rotation, the most important thing for us is timeliness and attention to detail," Enos says. "And, we are so thankful for God's abundance, since 99% of our success was the growing season's conditions this year." 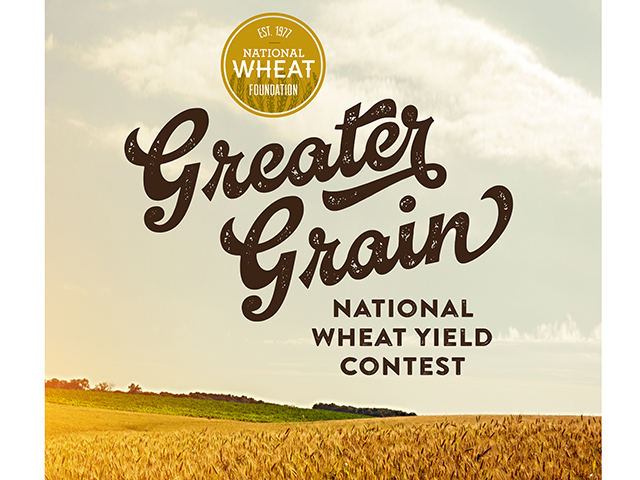