If you owned one pair of blue jeans and wore them every day for two decades, you'd expect some wear and tear.

In much the same way, the genetic resistance you depend on to protect against soybean cyst nematode (SCN) is fraying. Some 95% of the commercially available SCN-resistant varieties depend on a single source of resistance called PI 88788.

"In the last decade, we've seen a reduction in the effectiveness of PI 88788 in the prime soybean-growing areas," says Kaitlyn Bissonnette, a University of Missouri plant pathologist. "Soybean farmers need to be clamoring for increased access to new sources of varietal resistance."

Soybean breeders have been working for years to insert other types of genetic resistance into elite soybean varieties. PI 548402 (Peking), PI 90763 and PI 437654 (Hartwig) are the most promising, but they are much more difficult to work with than the PI 88788 variety.

Brian Diers, a University of Illinois plant breeder, explains that PI 88788 involves one major gene: Rhg1. Peking, on the other hand, involves two genes: Rhg1 and Rhg4. It's simply harder for breeders to work with two genes, and it takes time to achieve yield parity.

"But, as you continue cycles of breeding, you are able to incorporate these genes more readily into elite, high-yielding lines," Diers says. Better genetic markers also help breeders select the genes needed and speed varietal development.

Soybean growers, particularly in the Midwest, are seeing more soybean varieties enter the market with the Peking source of resistance, offering farmers more opportunities to rotate sources of varietal resistance. "We have a large amount of evidence showing that this reduces selection pressure on SCN populations to continually adapt," Diers says.

More cultivars with PI 437654 (Hartwig) are coming, too. Diers says his Illinois program released two high-yielding lines, which were commercialized by companies through licenses from the university.

Diers' team also recently released a variety with a three-gene stack. "We combined the two resistance genes from wild soybean with Rhg1 from PI 88788 and have shown that this combination gives greater resistance than Rhg1 alone," he says.

Farmers battling aggressive nematode populations should note that not all varieties containing PI 88788 are created equal. Simply rotating between soybean varieties may be helpful, Diers notes. 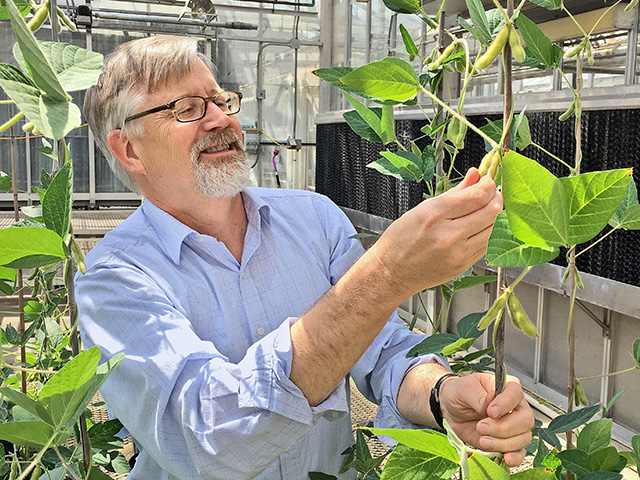