Praises of crossbreeding have long been sung far and wide across cattle country. Bumps in weaning weights, improved health and fertility are all gains the industry has come to expect with heterosis. But, just as doggedly as producers pursue hybrid vigor, they also want to improve end-market factors, namely carcass traits. Genetically speaking, the two just don't get along.

There is an inverse relationship between heterosis and heritable traits. Heritable traits tied to carcass merit, for example, are high. That's not the case with these same traits when it comes to hybrid vigor, which positively impacts things like fertility and longevity. Is there a way to build a cow/calf system that can do both simultaneously?

Bob Weaber, cow/calf Extension specialist at Kansas State University, calls this inverse relationship between heritable traits and crossbreeding "the beef geneticist's dilemma." He notes there is a real ongoing challenge in keeping heterosis within a commercial herd while also improving the quality of animals being produced. Working within these limitations, he says producers have three options, all with varying resulting degrees of heterosis (hybrid vigor).

Everything starts with sire selection, something Weaber says contributes more than 87% of gene flow to a herd over time.

"Since sires produce many more progeny per year than cows, spending time to make sure bulls accomplish our goals in terms of both the heterosis they produce, especially in retained females, and the genetics they contribute for traits that are economically relevant to the herd is critical," he says.

Weaber describes sire selection as a two-step process. First, evaluate the breeding system being used, and make sure it is accomplishing the goals of breed complementarity and heterosis.

"Identify the breeds and/or breed combinations that make sense to achieve those benefits that are unattainable with single-breed systems," he says.

Second, Weaber explains it's important to figure out which individuals to use based on a selection index value, or economically relevant EPDs. Selection index values should align with marketing and production circumstances and goals.

The goal of most commercial breeding systems is to build an environmentally adapted cow and breed her to a market-targeted bull.

Depending on the operation, Weaber says, there are three proven approaches, all with varying levels of heterosis (hybrid vigor) likely to result.

"We all are looking for a breeding system that captures maternal heterosis," he notes. "This accounts for about two-thirds of the economic value of heterosis from crossbreeding commercial producers should capture. A first-cross, or F1, cow has 100% maternal heterosis."

1. An F1 Heifer System. Producers who like to keep their own replacements can build F1 cows. This requires a set of straight-bred cows mated to a second breed of bull, resulting in F1 heifers. This is 100% maternal heterosis. It also may not be the most practical or economically feasible, depending on herd size or management constraints.

2. Two-Breed Rotation System. Conducted in two breeding pastures, or sequentially, the two-breed rotation may be easier to deploy. It won't bring as much heterosis to a program, though. Weaber says it produces 67% of the heterosis of an F1-terminal sire system.

3. Composite Bull System. In this scenario, the producer uses a two-breed composite bull. When mated to the same type of female, the system retains 50% of the heterosis of the F1-terminal sire system. This is as simple as straight breeding. No separate mating pastures or herd groups are required. This may be optimal for small herds or where labor and management are constrained.

In choosing between the systems, Weaber says producers should consider breeds in the herd to get complementarity. Also, factor in whether one purchases or raises replacements, what the marketing end point is and what the environmental and management limitations are. These last two points consider things like mature weights, lactation potential and even tagging and sorting.

"There's no one-size-fits-all solution," Weaber emphasizes. "Each herd has a set of systems that may make sense to deploy and others that wouldn't achieve production goals."

As efforts to maximize hybrid vigor in commercial herds continue, a new genetic tool, Envigor, has just been released in the U.S. to measure heterosis levels in individual animals.

Part of a genetic ranking system, this test, by Neogen's Igenity Beef, can score hybrid vigor alone or in combination with already-existing tests for parentage and additive genetic variance (heritable traits).

Envigor's genesis is in a Canadian company, Delta Genomics, purchased by Neogen in January 2019. Delta Genomics developed and released a DNA test for beef cattle in 2017, described as a three-in-one product. It used DNA to show parentage on a calf and to calculate hybrid vigor. It is now part of the Igenity Beef system.

Stewart Bauck, vice president of agrigenomics at Neogen Corp., predicts commercial producers will be heavy users of this new heterosis measurement tool. He's convinced the company has developed a truly balanced index that can give commercial producers not only a score for heterosis on an animal but the additive genetic components, as well.

Until now, Bauck explains, genetic testing for commercial cattle focused on the additive genetic variance, or the heritable genetic component, of the equation. "We use that tool not only to select the female for what will genetically positively impact her performance but also for those genes she will favorably transmit to the next generation. We call that the 'additive genetic variance.' It is adding something."

In addition, there has been the parentage test, key in knowing which calves are coming out of which bull and how much each contributes to the genetics of a herd.

"Some bulls are much more active than others," Bauck explains. "About 10 years ago, researchers looked at eight yearling bulls, and they found that two of the eight bred over 20 heifers in a limited season. Two of those bulls bred four heifers each. So, there was a huge disparity. We don't want to keep replacements out of low-serving capacity bulls -- so we can test parentage."

With parentage and additive genetic variance firmly entrenched in the genetic capabilities of the commercial side of the cattle business, Bauck, like Weaber, says the heterosis side has been more challenging.

"The problem is you get heterosis in that F1, that first generation, but not in the next. There is this conflict. Commercial producers set up crossbreeding to capitalize on heterosis, but that turns counter to a lot of the things they want to do from the additive perspective. It's a numbers game."

He goes on to explain that as a commercial producer who is using crossbreeding starts to select for additive traits, the benefits of heterosis are often lost in the stable cross.

"Just because it's a stable cross (Santa Gertrudis, Beefmaster, Brangus, etc.) does not guarantee you have hybrid vigor," he says. He points to Brangus as a breed where through the selection for specific traits, specifically a focus on carcass traits, the Angus alleles have been stacked.

An allele is one of the possible forms of a gene. Most genes have two alleles, a dominant and a recessive. If a cow has both a dominant and recessive allele (heterozygous for that trait), she will express the dominant trait.

"In other words, over time, she becomes more like an Angus than a Brahman. You lose the very things you are trying to get with heterosis -- fitness, disease resistance, tolerance to parasites, suitability for southern climates. You are removing Brahman alleles and replacing them with Angus as you select for those Angus-dominant traits."

This is where a tool to calculate heterosis genetically can offset the natural tendency to breed the hybrid vigor out of a herd. Bauck says Envigor scores hybrid vigor. It can be used along with profiles on parentage and additive genetic variance to identify superior productive replacement females.

Jamie Courter, product manager for Envigor, says it all sounds complicated, but it's user-friendly and easy.

"First, this is a weighted index, which is what Igenity users are accustomed to. Producers look at the Igenity total cow index, a maternal trait index, to help them make replacement choices based on individual needs and desires for herd development," she explains.

"Now, in addition to this maternal index, we have introduced Envigor, which is a 1 to 10 ranking of hybrid vigor," Courter adds. "Taken together, these two are a total package where one side complements the other."

Bauck says for the small segment of commercial producers who want a lot of detail, an online dashboard continues to be available where they can build a custom sorting index. Most producers, however, want a simple sorting tool. For them, predesigned maternal indexes will rank heifers from top to bottom based on areas of emphasis.

"The goal is for that commercial cattle producer to be able to easily select replacement females that will stay in the herd a long time and make them money," he notes.

Pricing for Envigor is $20 ordered alone. If added to the full Igenity profile, which costs $29, Envigor is just $5 more, for a total price on the full package (Envigor plus Igenity) of $34. 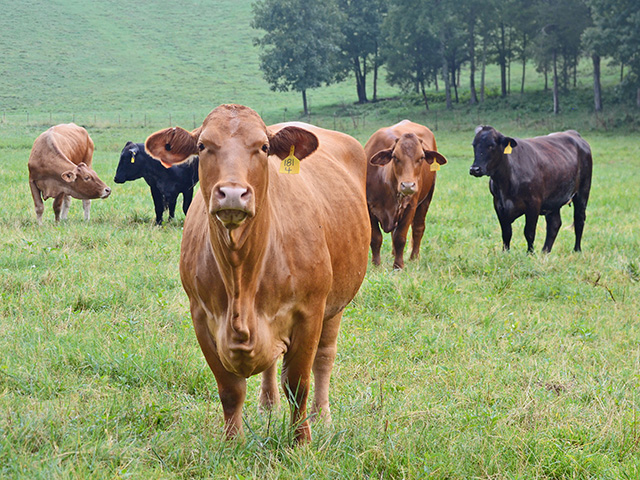