For the past three years, members of Bates Next Generation Farms, in northern Illinois, have been competing against 20 other operations. The friendly competition isn't necessarily to get the highest corn yields -- though high yields are always a goal -- but to be the most efficient producer for the money they spend.

In 2018, the Bateses were the winners of the 40-Acre Challenge, a contest between members of the national management consulting organization Family Farms Group. Bates Next Generation Farms produced 0.87 bushels per dollar spent on the 40 acres selected for the competition. Their actual corn yield on that 40 acres was 244.5 bushels per acre.

By contrast, the highest corn yield in the competition was 270.7 bushels acre. But, in achieving that yield, the second operation didn't match the Bateses' yield per dollar spent, getting 0.8630 bushels.

"We joined Family Farms Group in 2016 and jumped right into doing this challenge," says Michael Bates, one of three brothers who farms along with their father and grandfather, nearRockton, Illinois. "It was a good way of giving us an idea of cost of production and profitability," he adds. "This exercise has really reinforced the need to watch costs -- to do as much with as few passes as possible."

In fact, the Bateses weren't the original winners. Initially, the honor went to Chris Gould, a member of the group whose family farms about an hour away from the Bateses, near Maple Park, Illinois. When rechecking his numbers, Gould realized he hadn't initiallyincluded the cost of a fertilizer pass on the 40 acres from the previous fall. Gould conceded first place, but not by much.

"This competition gives you a chance to evaluate yourself against others without risking too much time or money," Gould says. "We then get to kick the results around with the other competitors to see what they did. It causes some experimenting."

As someone who admittedly isn't given to suddenly make changes in the operation, Gould credits the 40-Acre Challenge competition with encouraging him to try no-till when planting corn behind soybeans.

"I always poo-pooed no-till corn because I didn't feel like we could get a good stand or be able to plant precisely enough," he explains. But, that's exactly what they did with the 40 acres in the challenge, using the latest planting technology, with good results. "Now, I know we can use no-till this way. This trial has given me the confidence."

As a rule, farmers don't generally share among themselves financial performance data, so this kind of competition jumps that hurdle, explains Michael Gunderson, ag economist at Purdue University. "It is much easier to share yields with your peers, which won't necessarily reveal your financial situation."

As for the Bates family, in 2017, they entered 40 acres they were renting for the first time. "It was kind of a risk, but we used this farm based on a good yield history," Michael Bates says. "We planted corn after beans with minimum tillage." They didn't win the challenge that year but liked the experience. In 2018, they entered another 40 acres that were part of a farm they had rented for years.

"It seems the margins between the best and worst operations really isn't about the marketing," Michael Bates says, "but the cost of production. That's where we are putting our efforts. It has been nice to be in this group that honestly shares data and compares results."

The Bateses' operation has gradually ramped up the use of technology and test plots to maximize yield while trying to reduce costs. They put these technologies to work, as well, in the 40-acre Challenge.

In particular, the Bates family works to watch costs by:

> Not planting seed where it isn't warranted. Their corn seeding rates this year ranged from 28,000 per acre to 37,000 per acre based on recommendations from their dealers using yield analysis and soil maps. "Each year, we are making these recommendations more accurate," Michael Bates says.

> Using variable-rate fertilizer prescriptions based on soil-sampling and yield results. "We are soil-sampling every year to every other year rather than every third or fourth year," he explains. "We're trying to keep a closer eye on fertility that way, and we think that's been a big part of our success."

> Buying inputs in bulk. "We have our own anhydrous storage tanks," says Kyle Bates, "so we can get semiloads at the right price."

> Spraying generic crop-protection chemicals. Some might be up a third less in cost to the brand names. But, the Bateses make sure the generics can handle the issues presented on their farm, and the herbicide applicators are fully aware of any mixing/interaction issues. "We've definitely heard stories about trying to mix something generic to spray, and the product gels up and settles out in the tank," Kyle Bates says. "That could be a real nightmare to clean up."

The cost-per-bushel philosophy isn't new with this group. Purdue's Gunderson argues looking at the crop this way changes the way you perceive the benefits versus the cost of new technology.

"If you are only focused on cost per acre, you are less likely to consider technology that can have big payoffs in yield," Gunderson says. Put another way, a producer may be looking at two different brands of seed, with one that costs more because it will have a higher yield.

"If you are only focused on cost per acre," Gunderson says, "you would choose the cheaper bag, which would adversely affect your yield."

Looking at the costs and benefits in the same units -- dollars per bushel -- makes comparison easy, Gunderson explains. "For example, assume that corn is earning $3.50 per bushel, and budgeted costs are $900 per acre. It is difficult to know whether there is a positive margin on each bushel of corn given that the units don't align," he says.

This type of contest isn't unique to Family Farms Group but did arise out of discussions among members and the organization's staff.

"There had been a discussion among members as to prices they were paying for inputs like seed or fertilizer, and whether those decisions were paying off," says Allison Jonjak, Family Farms Group precision ag analyst. "It occurred to us we should be looking at how many bushels you can get per dollar spent -- this is what we should be comparing."

They devised a format and tweaked the competition parameters over the years, Jonjak says. And, they have used generally accepted same costs for various field passes and aerial applications. The competition doesn't take into account land or machinery costs.

About 20 of the group's 90 members have participated, and the results have generally ratcheted higher over the five years of the competition.

"This year, about 80% of the farms had a number for 2018 that was better than the first-place winner in 2017," Jonjak says. "We definitely saw fertilizer budgets were smaller in 2018, while yields were still very good." Producers had generally determined their fertility was still pretty good going into 2018 -- and they were looking to cut costs based on commodity prices.

In determining the competition's fixed costs, Jonjak and others were surprised to find that producers involved who lived in the South detailed costs for aerial applications that were several dollars cheaper per acre there than in the Midwest. In at least a couple of cases, Midwest producers hired southern aerial applicators to do their applications. Even with the added transportation expense, the application costs were still cheaper than what the Midwesterners could find locally.

In the first two years of the competition, 2015 and 2016, the winners had gained an edge using conventional rather than GMO seed. They weren't necessarily selling those crops for non-GMO premiums, but the more affordable seed had given them the winning edge, Jonjak explains. Based on that, the winner in 2015 had a yield of 205 bushels per acre, while the highest yield in the competition overall was 256 bushels. As in 2018, when the highest yield in the competition was 270 bushels per acre, that yield came at a slightly higher-per-bushel cost. 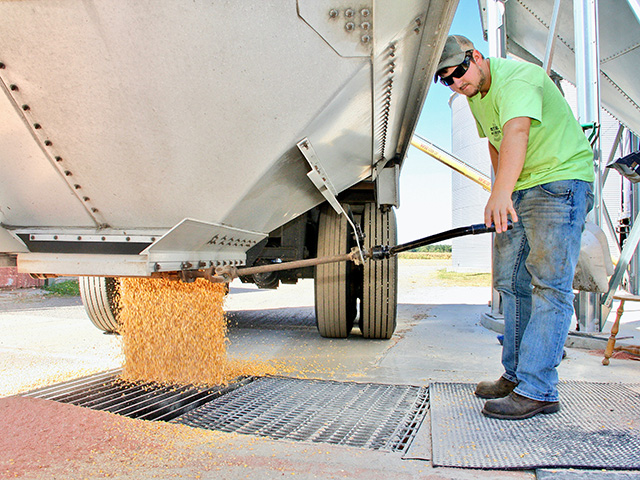