Ever since USDA came out with its 13.9-billion-bushel crop estimate on Aug. 12 based on 90 million acres of planted corn, prices have been under bearish pressure. DTN's National Corn Index hit a low of $3.40 in early September, a level that was unexpected a couple of months earlier.

Compared to the July high of $4.45, when Twitter was full of pictures of flooded fields, and there was still hope corn plantings were less, the steep drop in prices was a sober slap in the face and may have been as excessive on the downside as July's prices were on the upside.

I say that for two reasons: First, we know from the "Commitments of Traders" report that speculators were heavily net long on July 16, holding 318,221 contracts. Not only do specs add to buying pressures and take prices higher than they would otherwise have gone in July, they also add to selling pressures on the way down.

The second reason I have for being skeptical of $3.40 corn comes from USDA's own reports. USDA's "Acreage" report on June 28 stated that only 83% of the intended corn acreage was planted at the time of the survey, taken in early June. As USDA pegs corn acres at 90 million, we need to remember that 14 million of that 90 million were planted in mid-June or later.

At the time of this writing, temperatures have been safely warm enough to accommodate this year's late-planted corn. Even so, it seems reasonable to believe, given the slow pace of development in northern states that a significant amount of late-planted corn will show more loss than usual -- either in the form of lower yields or in fewer harvested acres as some immature corn gets cut for silage.

Problems at the tail end of the 2019 corn-crop harvest may first surface as anecdotal harvest reports in November. As far as USDA estimates are concerned, loss from late-planted crops may not show up until the January "WASDE" report.

With USDA estimating more than 2 billion bushels of U.S. ending stocks for 2019-20, and early-harvest reports apt to showcase the year's best corn, I don't expect selling opportunities to be generous this fall. There are a few areas in the eastern Midwest where cash prices are higher than usual, but for most, the traditional seasonal pattern of corn trading higher after harvest is likely to hold true again for the 2019 crop.

Given the choices corn producers have for selling crops this fall, my advice is to wait. May 31 is the traditional time for peak corn prices, but even hanging on until March 1 should find better opportunity than the current scenario. 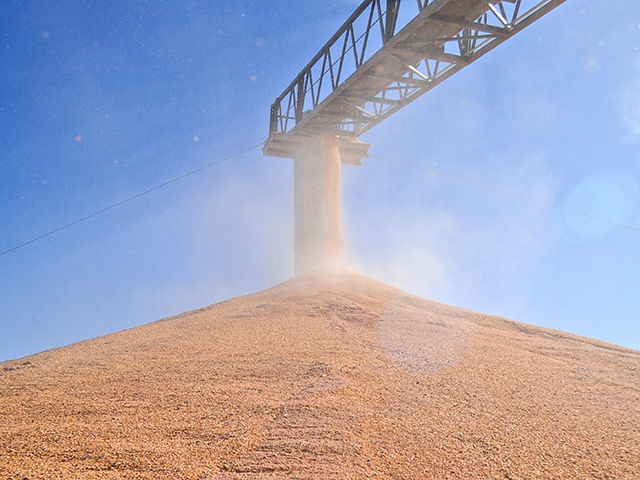