As a guy who has studied and written about commodity markets a long time, something I had to come to terms with years ago is the joy of publicly being wrong now and then. Baseball players strike out in front of hometown crowds, quarterbacks throw interceptions that cost them the game, and at times, this analyst gets it wrong.

In this case, I am referring to my talks to audiences last winter, starting with DTN Ag Summit in December in which I showed a chart of cash soybean prices over the past 22 years indexed for inflation and plotted according to USDA's ending stocks-to-use ratios for each price.

As I explained at the time, I got no joy pointing out USDA's heavy supply ratios corresponded to cash soybean prices in the low $6s. If there was any ray of hope, it was that actual prices show a lot of variance with ending stocks-to-use ratios; but overall, it was not a pleasant message to deliver.

Given the bearish scenario, I recommended producers consider buying November 2019 $7.60 soybean puts, priced around 4 cents at the time, as a form of disaster insurance. It was a simple and relatively inexpensive way to limit the risk of falling prices.

Well into summer, I was glad to say DTN's Soybean Index was not trading in the low $6s but instead stood at $8.22 a bushel on July 24. Granted, that is not a profitable price for many, but it's much better for producers than what I envisioned last winter.

So why the difference? For starters, the bullish tone of trade talks with China early in the year helped soybean producers not throw in the towel on selling soybeans. Up until early May, when talks fell apart, there was a sense that the two sides were making progress and were close to a new trade agreement. No one wanted to sell ahead of a possible agreement.

Second, we can't ignore the impact of trade aid to farmers. The $1.65-per-bushel payment for soybeans in 2018 offered significant help to offset the cost of lost soybean exports. It wasn't clear how the payments might affect market behavior, but we can say it helped prevent panic selling, often seen in times of distress. A second round of aid from the Market Facilitation Program is expected again in 2019.

Last and certainly not least, unusually wet and late planting conditions in 2019 are going to result in a smaller soybean crop and ease the bearishness of ending stocks projections for 2019--20. Just how much smaller has yet to be seen, but USDA's lower July ending stocks estimate of 795 mb takes significant bearish pressure off of prices for 2019--20.

If I could do last winter's talks over again, I would still issue the same $6 warning, not knowing the twists and turns ahead. We still have a risk of bearish harvest pressure this fall, but even if the 4-cent puts expire worthless on Oct. 25, they served us well in a year when the circumstances could have been much more bearish.

Thanks to the bullish help described above, soybean prices probably won't drop as much as feared in 2019, and that is one thing I am glad to be wrong about. 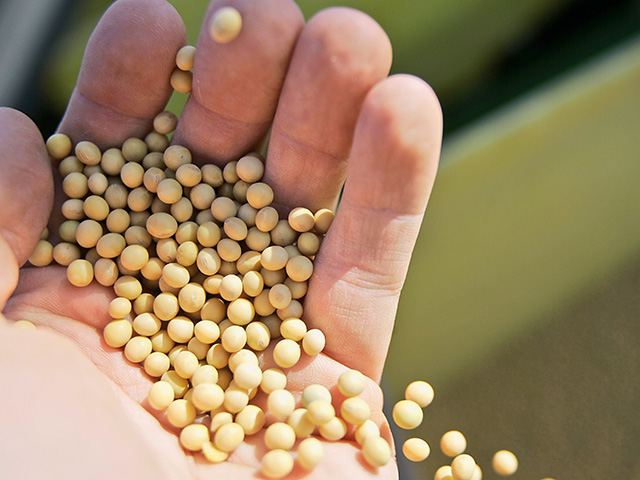