JBS made big promises to investors in its sustainability-linked bonds, which are now being called "misleading" and "fraudulent" in a new complaint filed with the U.S. Securities and Exchange Commission (SEC). The Washington, D.C.-based nonprofit Mighty Earth filed the complaint, calling for a full investigation into the billion-dollar-plus bond issues.

Mighty Earth's complaint states JBS issued $3.2 billion in four separate debt issuances, which it refers to as "green bonds." JBS calls the bonds "sustainability-linked bonds." The bonds were tied at issue to JBS's stated goal of cutting carbon emissions to a net-zero level by the year 2040.

The SEC complaint follows an announcement by JBS USA that it successfully issued a sustainability-linked bond tied to its "efforts to combat climate change." The 10.5-year, $1 billion sustainability-linked bond was said in a 2021 news release from JBS to be "aligned with JBS USA's ambition to achieve net-zero greenhouse gas emissions by 2040 and its commitment to reduce greenhouse gas emissions in its operations by 30% by 2030.

JBS USA CEO Andre Nogueira was quoted in the company's release as saying the sustainability-linked bond was "a further demonstration of our commitment to reduce our environmental impact and become a net-zero company by 2040, the most ambitious sustainability pledge in our sector." The bonds resulted in the lowest borrowing cost in the company's history.

Reports on the JBS USA website state the company is "on track to meet the 30% scope 1 and 2 emission intensity reduction required by this bond and our investments will continue to grow."

Alex Wijeratna, senior director at Mighty Earth, called JBS's bond issue, "greenwashing so severe that we hope the SEC investigates it as securities fraud. We're urging the SEC to conduct a full investigation into these $3.2 billion of JBS green bonds, in order to protect investors from wrongdoers who mislead, conceal, and massively under-report their climate emissions."

Mighty Earth reports its numbers indicate carbon emissions from the corporate giant have actually increased, growing 17% to 56% between the years 2016 and 2021. Mighty Earth CEO Glenn Hurowitz said the group cites estimates that put JBS's emissions at 288 million metric tons (mmt) of CO2 equivalent, a level he said exceeds the entire emissions of the country of Spain.

That 288 mmt level, claims Mighty Earth, is likely below what JBS is actually emitting because that number does not include supply chain emissions and omits key information investors should have been provided regarding actual numbers of animals slaughtered annually tied to JBS's supply chain. This lack of information, the group says, is "denying U.S. investors vital information to make fully informed decisions about JBS's net-zero and climate-related claims as they decided whether to purchase these SLBs (sustainability linked bonds)."

Asked if he believes it possible that JBS can reasonably be expected to meet its stated goal with this bond issue of net-zero emissions by the year 2040, Wijeratna said, "No, not really. Not unless drastic and dramatic changes are made to its business model. That really is the whole point of asking for this investigation."

At time of issue of the bonds, Wijeratna told DTN, JBS estimated total carbon emissions at around 6 mmt CO2 equivalent for 2020. But he said researchers at the Institute for Agriculture & Trade Policy (IATP) put the actual emissions footprint for JBS at 288 mmt of carbon equivalents.

"We believe there is a massive difference between what independent research says their emissions level is and what they have been telling investors," said Wijeratna. "We have to have some sort of baseline that is accurate, otherwise it's hard to tell a lay investor if this company is on track to do what it says it will do, or even if it can possibly achieve the goal it has set. That's why we are asking for full disclosure of their emissions numbers."

Mighty Earth's CEO has stated that they do not support investment dollars aimed toward decarbonization going to "industrialized meat processors." Asked about that position, Wijeratna told DTN they favor more pressure and less incentivizing.

"There really needs to be severe pressure on companies like JBS and Cargill to come clean about emission levels and to get aggressive about reducing them," he said. "Can we realistically reach net-zero carbon emissions and keep temperatures rises down when we have these big companies stalling and distracting everyone with their fake targets. That is where we need to see more regulation, and I believe that is the role for government. It's true that investors can play a role and put pressure on the JBSs of the world, but those companies need to get on the right side of history and reduce their climate footprint urgently. That's what the world is depending on." 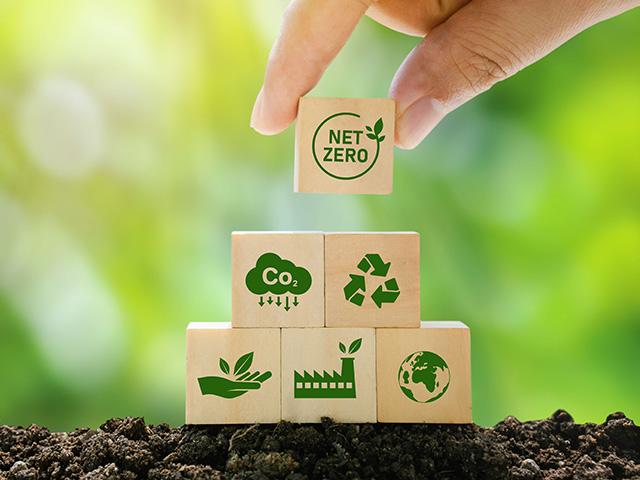