As positive as the beef industry is on the price front these days, it appears no one will be immune from recession as 2023 looms ahead. Economic pressures are projected to take a bigger bite out of profits and create ongoing uncertainties in the markets ahead.

A new outlook report from CoBank, "Forces That Will Shape the U.S. Rural Economy," holds out little hope that agriculture gets through the next 12 months unscathed as inflation pushes the U.S. deeper into recession territory.

Tom Halverson, president and CEO at CoBank, noted in the new report that "The era of easy money has come to a close. The onset of high levels of inflation in early 2022 forced the U.S. Federal Reserve onto an aggressive tightening path, as evidenced by six rate hikes totaling 375 basis points in the span of just nine months. It has been the steepest series of rate increases since the early 1980s, and it signals a paradigm shift for the world's central banks and for borrowers as well."

Dan Kowalski, vice president of CoBank's Knowledge Exchange Division, wrote in "The U.S. Economy: Some Pain is Necessary" that there is currently a high level of pessimism among economists, with nearly half of those surveyed expecting a U.S. recession in 2023 that may exceed what the country saw in 1979-80. The fact that the labor market remains tight to date and corporate profit margins are at record levels, indicates it will take several months for any recession to show its face fully. Kowalski said second-quarter 2023 is most likely the timeframe to watch.

"As financial conditions continue to tighten, we expect the U.S. economy to steadily soften through the first half of 2023, ushering in a brief, modest recession," he wrote.

"The number of jobs available and jobs filled will decline, adding slack to the labor market, and easing the upward pressure of wages. The unemployment rate could rise as high as 5%, indirectly leading to a decline in consumer spending. Without this softening in the labor market, and associated slowing of wage gains and spending, it will be difficult to stabilize prices. Improving supply chain conditions and moderating commodity prices will generate additional downward pressure on supply-side inflation. We estimate that this painful, yet necessary, chain of events will reduce headline inflation to a range of 3.5% to 4.5% by late 2023, and lead to flat GDP growth for the year."

Despite recessionary fears, DTN Lead Analyst Todd Hultman finds reason for underlying growth in the economy looking to next year.

"Supply chain issues have improved greatly during 2022," he said. "The cost of shipping soybeans via Panamax to China, for example, is down 30% from the peak we saw in May. For agriculture, the main supply chain concern will be trying to make adequate fertilizer supplies available, while barge traffic is impaired on the Mississippi River.

"The underlying key for inflation," he noted, "continues to be energy prices. So far, U.S. crude oil supplies are at their lowest level in eight years, domestic production is stuck near 12.1 million barrels per day, and with the current push for low-carbon fuels, oil companies have been reluctant to make investments to increase long-term production. It's a difficult situation with no easy solution in sight."

Hultman does not anticipate any moderating when it comes to energy prices in 2023. As for commodity prices, however, he said that will depend on a lot of unknown factors.

"In the case of corn and soybeans, it will largely depend on weather in 2023, for both South American and the U.S." he said. "Wheat prices, I believe, are unlikely to moderate in early 2023, but may have a chance later in the year weather permitting."

The CoBank report, which covers the global economy and major agricultural areas of interest, includes specifics for protein markets, marking the road ahead for beef producers.

Lead industry analyst at CoBank's Knowledge Exchange Division, Brian Earnest, wrote that even with strong consumer demand, record-high feed costs, labor shortages and supply chain issues will challenge, or end, what he called a "broad-based era of profitability" next year.

Specific to retail grocery sales, Earnest wrote that while they have risen, unit volume sales have been declining and are giving way to the reality of declining incomes and shrinking savings accounts.

"This trend is expected to accelerate into the first half of 2023, as the Fed's escalating interest rates take their intended toll on the U.S. economy. After reaching an all-time high of more than 226 pounds per capita (projected) in 2022, we expect U.S. meat and poultry consumption to be flat at best in 2023, with marginal gains in chicken and pork offsetting a decline in beef."

After eight years of growth, the report noted that red meat production (specifically beef) will see "a rather substantial contraction during 2023, down 2 billion pounds annually year over year, as a result of shrinking cattle supplies. The decline reflects an estimated 5% annual reduction in total beef cow inventory and comes at a time when beef still has a tailwind of support from consumers. As a result, prices will remain historically strong, in both live cattle and beef markets." 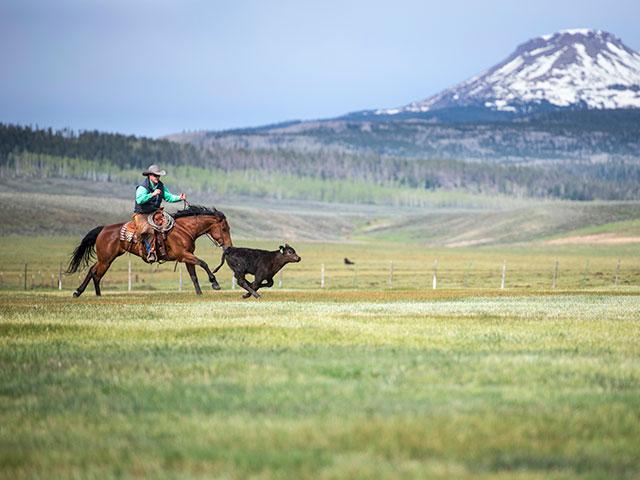