It's been a year since the Bernard family opened a farm store on land they own in Robertson County, Tennessee. But legal battles over their right to do so have been in the courts for nearly two years now and appear likely to continue.

At its most basic, the storyline pits a small Tennessee town, Orlinda, against the county it sits in, Robertson, and a fourth-generation farm family, the Bernards. A complicated issue, rife with real -- or imagined -- small-town jealousies and personal vendettas, the legal question of whether Julie and Steve Bernard's farm store sits on land correctly zoned is today in the hands of the Tennessee Court of Appeals, Middle Section, where sitting judges include Judge Andy Bennett, Judge Frank Clement, Jr., Judge W. Neal McBrayer and Judge Jeffrey Usman.

Part of that Chancery court's opinion stated: "Because the Bernards had been selling their meats and produce to the surrounding population of Robertson County for years, and because there are no retail food stores in Orlinda or the surrounding area, this zoning ordinance was not arbitrary or capricious."

A ruling from the appeals court is expected within the next few weeks.

BUILDING FOR THE NEXT GENERATION

While the legal issues have been exhausting for Julie and Steve Bernard, they believe the fight is worth it. Their long-range view remains fixed on a goal of diversifying farm income and creating opportunities for the next generation. It is a conviction they say has already cost them upward of $40,000 personally in legal fees. In addition, Robertson County taxpayers are paying to defend the county's zoning order; and Orlinda's citizens, (population 965, according to projections of the latest U.S. Census) are paying to bring these legal challenges.

Steve told DTN he is dedicated to creating future opportunities in agriculture for his and Julie's young children. He wants them to be able to stay on the family farm, and he recognizes this will require new income streams.

"I was always told that if you take care of the tobacco, it would take care of you. But today that is no longer our main source of income," explained Steve. He said the Bernard family has diversified over the years, and in addition to tobacco, they now produce soybeans, corn, wheat, pigs and cattle.

"We added the livestock and the meat side to our farm so that we would have a foundation built where our kids could have an opportunity, if they want it, to be a part of the farm. You have to plan for the income to support a family, and they would be the fifth generation of Bernards here. We have fought this legal thing for them, but we also truly believe that this farm store brings something positive to our community. We have had a lot of trouble understanding the push-back."

Plans for the farm store were already in place when Julie said they learned about USDA grant money that might be available. They applied for funds intended to help increase meat production capacity in rural areas and received $250,000. They initially wanted a small slaughter and processing facility, but they dropped the slaughter facility plan in response to concerns by the nearby city of Orlinda.

"We were planning this already. We already had everything in place. It just happened that this grant money became available, and we were excited about it because it would help us move things forward. We were able to open October 2021," said Julie.

When the Bernards opened the farm store on a 14-acre site, their neighbors and friends told them they were happy to have a place to buy meats, dairy and produce -- especially during COVID when the area's big-box store shelves were often empty. It helped cement a relationship that continues to grow.

Julie was not a new face for many of those customers. She had been going to farmers markets for seven years, and the family had started direct, farm-to-consumer sales prior to 2020. The new farm store not only met her goal of finding a way to provide year-round, farm-direct sales for her own family's farm products, but also for that of other small producers in the area.

"Our relationships with our customers are so important," said Julie. "They tell us they trust us, and they want to see this land stay in farming."

Like many farm stores, the Bernard's store offers a few cooked products as well as fresh-off-the-farm goods. While almost everything sold at the store is from the Bernard farm, or other area artisans or farms, Julie told DTN they do sell soda and chips to go with their sandwiches, which she sees as commonsense. She also recently held a fall festival, featuring vendors whose products she sells through the farm store. And on one occasion, they had a small, coffeehouse-style group playing live music outside of the store.

Asked for some idea about the number of customers coming to the site, which currently has nine paved spaces as well as grass parking, Julie was forthcoming.

"This week was an average one for us," she told DTN, referring to the week of Oct. 24, 2022. "We've had 140 sales this week. For the year, I'm looking at my sales report and we had 9,534 sales. We are often talking about repeat customers, and that number includes the two events we've hosted."

Parking and use of the county road has been a point of contention by the city of Orlinda, but Julie explained that the store is a mere 500 feet off State Highway 49. That 500 feet is over Clay Gregory Road, which she described as "chip and tar" and said they have had zero complaints from customers about parking or the road.

ORLINDA CITY SETS OUT ITS CONCERNS

It's all been too much for Orlinda's long-time city manager, Kevin Breeding. With 23 years at his appointed position, Breeding spoke to DTN at length about his concerns over the farm store and why he believes the city was right to challenge the county's zoning.

Breeding owns property across the street from the farm store, but insists the legal challenge is based purely on the zoning issue and is not personal, despite what he believes the Bernards, or others in the community think.

"Some things you can't argue in court, but they are a big factor," Breeding told DTN in discussing the issue. "If you and I were to meet at the general store and you asked me what the real problem is here, I'd start by telling you that we aren't suing the Bernards. The only way to appeal a zoning decision by the county is to ask a chancellor to look at it. We are not seeking damages. We just want the courts to see if this is lawful and just."

Breeding acknowledged that Tennessee has a strong Right to Farm Act, and this does allow the Bernards to have a farm store and to sell what they grow and some percentage of other goods/services.

"Our city council has farmers on it, and I farm, so we are certainly not opposed to farming here," said Breeding, who described himself as a hobby farmer with some 30 acres.

Breeding explained that the issue for him is more the scope of what the Bernards are selling and what they are using the property for today. He refers to a drive-through window at the store, what he calls a "flea market," outdoor concerts and "just a wide array of goods far beyond the scope of farming."

"So, this is no longer a farm store, it is an outright commercial property," insisted Breeding. "To do that, you have to find zoning to allow it, and the zoning they used, 'neighborhood commercial,' has never been used in Robertson County. This was the first time it was attempted. It is a way to shoehorn a business into a residential area. If this is allowed to stand, it means any neighborhood in our city could have a convenience store in the middle of it. It is an egregious idea."

Given that Breeding is a neighbor of the Bernards, one question is why the issue has been approached as a rezoning challenge, as opposed to that of a personal landowner asking the court to issue an injunction against the farm store based on the right to peaceful use and enjoyment of property. Breeding said the city of Orlinda followed their attorney's recommendations as to how to approach the issue. He added that he sees no conflict between his personal concerns about how the land is being used and his position as city manager.

"There is absolutely no conflict of interest," he said. "As a property owner, I have a right to say I don't want the smell, the lights, the traffic. I share the concerns of other landowners. The Bernards don't think I should have a voice; they think my personal interests are the sole reason for this. But I have seven bosses who made the decision to move forward with this, and they did not do it for my benefit."

Today all 50 states have enacted Right to Farm legislation. These laws vary widely state to state, but one of their purposes is to protect those in agriculture from nuisance-type litigation.

In Tennessee, the state's Supreme Court determined in a 2013 case that this protection isn't without limit. In Shore v Maple Lane Farms LLC, the court held that the protection did not extend to amplified music concerts. They said that these events did not meet the definition for "agriculture."

The court explained the nuisance protection applied to the land, buildings and machines that are used in commercial farm production, stating the following: "Despite our diligent search, we have found nothing that suggests the General Assembly considered noise from amplified music concerts held on a farm to necessarily have a connection with producing farm products. Nor have we found any basis to conclude that the General Assembly considered music concerts to be some sort of farm operation. The plain language of the Tennessee Right to Farm Act reflects a close connection between producing farm products and the conditions or activities shielded by the Act."

To be clear, in the present case between the city of Orlinda, Robertson County and the Bernard family, nuisance is not the issue in question. Rather, this has been strictly a zoning issue to date.

This case, and others across the country should, however, be a clear signal to farmers who aspire to add income streams to the family business. It is important to be clear on what is and is not allowed under each state's Right to Farm legislation, and to consider zoning, as well as potential nuisance issues that might arise.

Editor's Note: To read more about Bernard Farms, find them on Facebook under "Bernard Farms VIP." 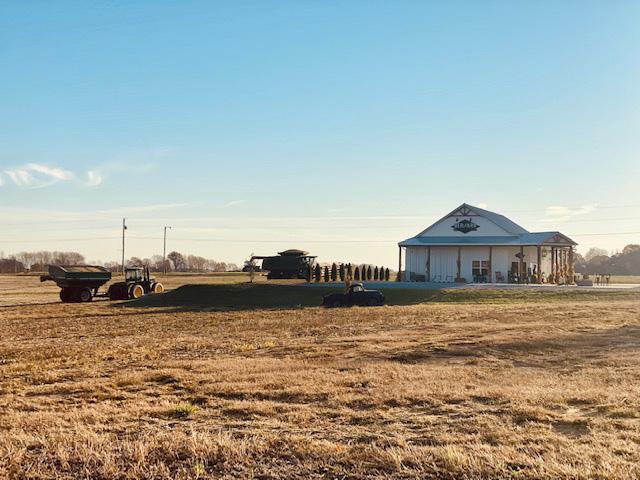