A new top 10 list of industries most likely to lose your personal data should put those in agriculture on especially high alert.

The list comes from a study conducted by cybersecurity experts at VPN Overview. The group analyzed major data breaches registered since 2004 to determine which industries are most prone to losing data. The top 10 should be a call for agricultural entities to improve security.

1. ONLINE COMPANIES. Top on the list for losing data are online (web) companies, with 53 major breaches since 2004. Those breaches accounted for more than 5 billion pieces of data lost, with 81% of the breaches caused by hacking, 7.4% by accidental publication and 3.8% by poor security. Three billion records were breached in the 2013 hacking of Yahoo, reported four years later by the company. This is the largest data breach in history, according to the report.

2. HEALTHCARE. The healthcare industry was reported to have had 47 major data breaches, affecting nearly 200 million records. Of this number, 43% were due to a stolen computer and/or stolen media, 38% to hackings and 10% to poor security. The largest breach reported was suffered by Anthem Inc., the second-largest health insurer of the U.S., where in 2015, 80 million records were hacked. This targeted personal information, including social security numbers, emails, home addresses and employment information.

3. FINANCIAL. The financial industry was reported to have had 38 major breaches for a total of nearly 2 billion records lost. VPN Overview reported that 50% of the breaches were data being hacked, 18% were due to stolen media, 16% were breaches by company insiders and 5% were due to poor security. Within the industry, the largest leak took place in 2019, when 885 million records from insurance giant First American Corporation's website were found to be publicly accessible. The breach included bank account details, Social Security numbers, wire transfers and other mortgage paperwork dating back to 2003.

4. GOVERNMENT. Thirty major breaches were reported over the time under review.

A spokesperson for VPN Overview commented on the findings in its release, saying: "The digitalized era comes with plenty of pros, but lots of cons at the same time, with possible data leaking probably being the most dangerous one. In fact, while it is wise to remember that everything we put on the internet cannot be 100% deleted, it is also important to be able to trust organizations which are supposed to protect and store their consumers' data safely. The hackings and data leaks on this list, as well as may others, should serve as a reminder of what can be done to improve security within plenty of industries, as it (makes it) clear that no company is really safe from them."

VPN Overview's Mirza Silajdzic reported that about 51% of passwords are reused in North America today, and that nearly 21% have been compromised. He sources that from a report by password manager software company Dashlane.

Dashlane's report noted that the average internet user has 240 online accounts that require a password.

One of the best ways to improve password health and security includes using a password manager, replacing reused or compromised passwords, and using more secure sign-in methods including two-factor authentication. 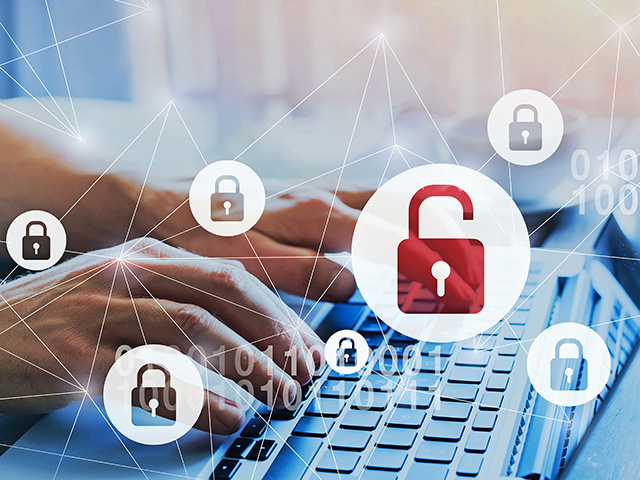