A lost calf is always a punch to the gut, not to mention the pocketbook. But as prices continue to trend up, those losses really cut into an operation's profitability.

Reducing the percentage of calves lost to unknown causes is one of the best ways to shore up those numbers, and there are some smart ways to go about it that don't add up to a necropsy for every dead calf.

Kansas State University's Bob Larson addressed calf mortality on a recent podcast from the Beef Cattle Institute (BCI). He spoke with DTN and shared additional thoughts on how today's market environment makes it especially critical to find ways to limit calf losses, especially those due to unknown causes.

"Because of the value of calves, and the expenses that go into getting that calf born today, producers are looking for ways to track down the reasons behind any losses they have. This lets us see what we can do differently in the future," he explained, adding that necropsies are generally recommended whenever the reason for a loss is unknown.

To help limit the expense, however, he said one strategy is to focus investigations on "clusters of problems." These are cases where calves of similar ages, born to similar dams, or held in similar pastures die of unknown causes.

"I want to really investigate these clusters, because that helps me figure out what is going on in those groups," he told DTN. "While it might be nice to know why a single calf died, that information is not as likely to help in my management moving forward. But investigating clusters of problems, that can help me make positive changes."

Larson added that the first three weeks of a calf's life is the most at-risk period for loss.

"The majority of calves we see in the data that have died did so at less than three weeks of age," he said. "Usually, these are cases of weather stress or scours or having a difficult birth. A smaller percentage die after that three-week mark, and that's when we see more losses due to respiratory issues, blackleg and injury."

The most recent detailed breakdown from USDA on U.S. beef calf mortality, and its causes, estimates overall losses at 3.3%. Some regional differences stand out in the numbers.

The highest states for calf losses in the report were Texas, California, Oklahoma, Wisconsin, Missouri and Iowa. By far, most losses were nonpredator in origin across all of these states. Across the U.S. as a whole for 2015, 1.9 million head of calves were reported as nonpredator losses and 238,890 as predator losses. 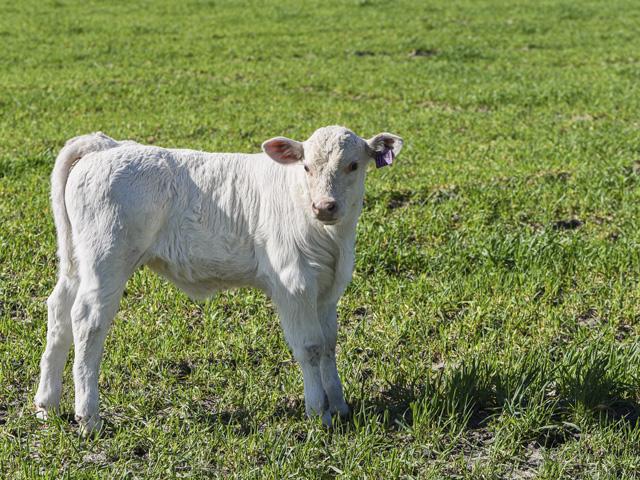