America's cattle producers have survived drought before, but as harsh conditions continue across many key beef regions, options to help keep cow herds in place are evaporating along with the hope for rain.

Lance Zimmerman, North American beef analyst with Rabobank, told DTN herd contraction in the United States today is almost entirely environmentally driven, and he expects to see liquidation continue through 2023, and perhaps even into early 2024.

"We are on pace to have a beef cow herd culling rate this year at 13.5%," he said. "We've never seen that high of a culling rate. It's an extreme we are going to have to digest and it's a paradigm shifter for analysts who earlier this year believed the odds of revisiting inventory lows of 2014 and 2015 were not likely. Well, they look pretty likely now."

Zimmerman said Rabobank's analysts are now suggesting that as the U.S. comes to the end of this liquidation phase the cow herd, along with overall beef production and supplies, will be close to those prior years' lows.

In many ways the current liquidation phase is worse than the last one, he added, due to high freight costs which have made it too expensive to ship hay.

"We just don't have as many tools this time around to deal with the challenges we're facing. The first time we saw this level of liquidation driven by drought, every day you saw hay supplies being shipped to help carry those cow herds. That hay came from all across the country. Today's freight rates won't allow that. Hay supplies are staying close to where they were produced," Zimmerman said.

With that level of liquidation, analysts are considering how consumers globally will react to even higher beef prices. A new report from Rabobank's animal proteins team of analysts anticipates many will "trade down" in the coming months to lower-value beef cuts and cheaper overall proteins.

Senior animal protein analyst Angus Gidley-Baird advised in the report that the pace of liquidation in the U.S. cow herd will be a key factor for the market, moving toward the end of 2022. This will influence upside potential for lean trimmings prices the rest of the year and into early 2023.

"Current forecasts indicate that the likelihood of La Nina for 2H (second half) 2022 has increased slightly, suggesting no change in seasonal conditions, and we expect the cow liquidation to continue until the weather improves," reported Gidley-Baird. "Current high volumes of domestic production (in the U.S.) are reducing the need for imported products, but if domestic production contracts higher import volumes would be needed."

"Boxed beef is operated in a very narrow trading range really back to April," he said. "I interpret that to be really kind of a sign that beef demand has been sort of capped, or muted if you will, at the consumer level."

By July, U.S. on-feed cattle inventories were near year-earlier levels at 13.4 million head. Outside of the feedyards, however, the nation's herd size continues to shrink.

The latest "Livestock, Dairy, and Poultry Outlook" from the USDA's Economic Research Service, showed both beef and dairy herds continuing to contract.

USDA analysts Russell Knight and Hannah Taylor reported the U.S. cattle herd was at 98.8 million head (some 2 million head below year-earlier levels) in July. Their report breaks out beef cows from dairy cows, to help gauge where in the cattle cycle the industry stands, as the estimated number of beef cows and heifers are strong indicators of producers' intentions moving forward.

They reported the number of beef cows at 30.4 million head (a 2.4% drop from year-earlier levels). As for replacement beef heifers, producers indicated they planned to keep about 4.2 million head, some 3.5% below 2021 retention levels. The analysts noted this is one of the lowest retention estimates of replacement heifers as a percent of beef cows since 2011. At the same time, number of heifers on feed increased, with 4.4 million on feed, a 3% increase over 2021.

Rabobank's report underscored the impact drought continues to have over much of the U.S., and projected a more noticeable shortfall of market-ready cattle by winter. But even with carcass weights down about 2 pounds, a 1.5% increase in 2022 slaughter more than offsets that, leading to a 1.2% boost in U.S. beef production for 2022.

While U.S. producers have been culling heavily, just across the border in Mexico the cattle supply was reported 380,000 head larger in January 2022, than a year earlier. This makes it the largest beginning inventory in a decade for Mexico, and a continuation of an upward trend that goes back to 2016.

Expected total cattle slaughter in Mexico is projected to increase 2% this year, with production forecast to grow 3%. Beef production for the first half of 2022 was up 2.1% (compared to a year ago).

Even with those larger supplies to the south, Rabobank's Zimmerman said he doesn't believe Mexican beef will cap market prices for U.S. producers moving forward.

Despite those improved supplies, feeder cattle and calf exports from Mexico to the U.S. were down 43% for the first half of the year. This was due to those drought conditions that pushed more American calves and feeders into feedyards. July on-feed inventory in Texas, for example, was up 3%, marking the largest inventory since the same time in 2007. This limits bunk space for Mexican cattle.

"As we look at the type of cattle and beef we import, there is no country on the globe that can produce as much high-quality beef as the U.S.," said Zimmerman. "Yes, we've seen gains in both Mexico, and in Canada. But they aren't perfect substitutes for what we produce in the U.S. We will see some of that come in as a replacement, but at the end of the day the U.S. beef system is unique enough that we won't see cattle cyclical price trends muted as a result of it."

While inflation and today's economic challenges are an added consideration for the beef market, Zimmerman noted

"the positives today are a strong job market, and the fact that incomes aren't rolling over yet like we'd see in a full on recession. We may see weaker demand the next several years due to these factors, but the supply will be tight enough to be supportive of our market and may even lead to price increases." 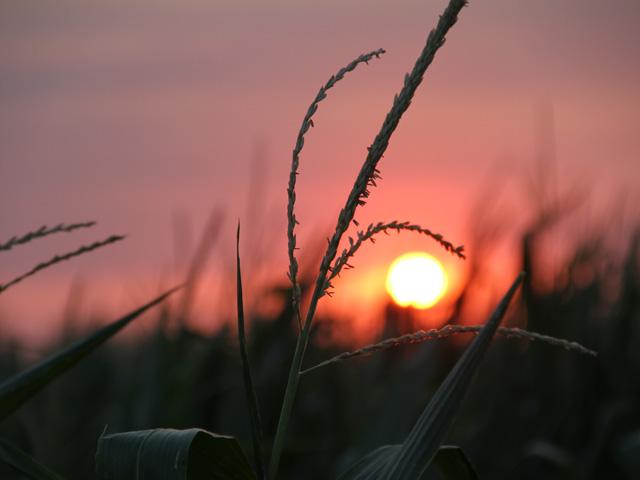