In the beef industry, early weaning traditionally means taking a calf off its dam anywhere from 90 to 150 days of age. The practice can ramp up management requirements, because not only is a producer caring for the cow and her nutritional requirements, but he is adding those of the calf to his list of responsibilities.

Early weaned calves need a significant amount of protein and energy, more than those that are conventionally weaned. Typically, it's important to compare the costs of these more nutritionally dense feeds and supplements when evaluating whether the practice makes sense. But in a drought, everything can change. Early weaning can literally become a tool to keep cows off the culling line.

Jason Smith, Texas A&M AgriLife Extension beef cattle specialist at Amarillo, explains that early weaning is a situationally dependent management strategy meant to influence, or inflict, positive change on a cow herd. The bottom-line goal should be to use early weaning to make the cow herd more economical to manage. And early weaning can bring some unexpected payoffs, he says.

"We saw increased marbling development by nearly 10% and improved feed efficiency by about 5%," Smith says. "If you are looking to retain ownership or feed out your own calves, this is something to consider. But there are a lot of variables to factor in when considering early weaning, and this is just one of them."

Probably one of the most common scenarios where early weaning comes into play is when forages are limited, often because of drought.

He adds: "When we've retrospectively applied economics to research data, it generally only made sense to early wean across the entire cow herd in one out of every five years."

In Nebraska, Jim Jansen says producers historically consider early weaning if a female is not in the best shape and they need to get a calf off of her to cull her. A more pressing concern today may be the availability and cost of feedstuffs because of drought or feed supplies.

While a lot of considerations focus on the female when an early weaning decision is made, there are important factors on the calf side of the equation.

"Where there is a strong herd-health program, generally there is not going to be an issue with early weaned calves. A comprehensive, preventative program is key. Vaccinations, deworming, all normal preventative health practices are very important. If we are doing what we need to from the cow standpoint independent of how we wean, health on those calves will generally be good."

Smith adds they have observed some situations where aggressive feeding of early weaned calves to promote a high rate of gain or growth led to higher incidences of bloat, acidosis or founder. "It all comes down to feeding management," he stresses. "If you're overly aggressive or not as timely or consistent with feed delivery as you need to be, there can be issues." 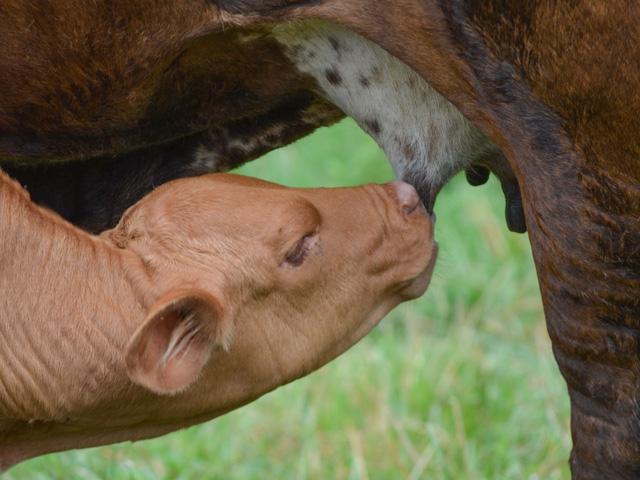