This year's drought is drying up any hopes many ranchers in the Lone Star State had for a good season. The door to opportunity can be heard slamming shut across counties west of I-35 as ponds and livestock tanks start to show up empty.

All of this continues to contribute to what David Anderson describes as "big runs of cattle at a lot of auction markets," beginning the week after the July Fourth holiday.

Anderson, agricultural economist with Texas A&M Extension, noted it's pretty common to see somewhat larger runs of cattle after the week of July 4, because many markets are closed for the holiday.

Anderson, who is based at College Station, said temperatures set records recently, hitting 111 degrees Fahrenheit in the Brazos Valley on July 11.

"The all-time high here is 112, and there is simply no relief in sight," Anderson told DTN. "The hot weather is forcing some people's hands when it comes to selling cattle. Once folks start running out of water, and it becomes a question of hauling it; that is a whole other level of difficulty and expense."

Evidence of this difficulty has been visible in many counties, as photos and videos of cattle trailers backed up for miles to get to area sale barns show the level of desperation many producers have reached.

One of the region's sale barns, Emory Livestock Auction, reported on its website that on July 9, 3,495 head of livestock came in for sale from 527 sellers. Most of the livestock (2,763) were cattle, and of that, 935 head were breeding stock.

This market, based about 60 miles east of Dallas, maintains back sales lists on its website. It is worth noting how 2022 sales compare to what the area saw in 2021.

In other media reports, Texas station KXAN televised a story on the Lampasas Cattle Auction, which also reported many more cows coming to market than usual -- a sign producers are culling herds.

Prices for cull cows, added Anderson, have thankfully been a positive, as demand for ground beef continues to support that market.

The U.S. Drought Monitor, which is updated weekly, provides little hope for relief across much of the state. As of July 19, only 7.35% of the state showed no drought, with more than 92% of the state reported at some level of drought.

MORE THAN THE HEAT

Texas ag economist Anderson told DTN that in addition to heat and water shortages, cattle producers here are struggling with higher fuel, feed, and fertilizer costs. Everything is extremely expensive, and he added that calf prices have not kept up with these higher input costs.

All of this will set the stage for record-high prices again in the next couple of years, reminiscent of what producers saw in 2014 and 2015.

"We are shrinking the cow herd at such a rate that beef production is going to decline," Anderson remarked. "We are going to have even fewer cows next year, and we will see reduced production for the next two years. I know producers want to hold onto cattle to be prepared for those high prices, but that long of a wait is going to be very difficult, particularly with feed costs and this ongoing drought."

Anderson added that many ranchers have already made quite a few culling decisions to try to keep some portion of their herd intact for those coming higher prices.

Recovery from this year will take time, however. Anderson points out that it could be two or three years before producers are back at full stocking capacity and the cow herd has settled back into a more typical pattern as far as calving and conception percentages.

"Drought is something that really weighs on people," Anderson said. "I don't think there's anything worse because it affects everyone and covers such large areas. It can take multiple seasons to recover, especially when we are talking about range animal production.

"After a drought, you will typically see fewer calves the next year due to the stress the drought put on the cows. There is also the time required for range and pastures to recover. A one-year drought may ruin a row crop for a year, but for a cattle operation that depends on grasses, we can be looking at multiple years to recover." 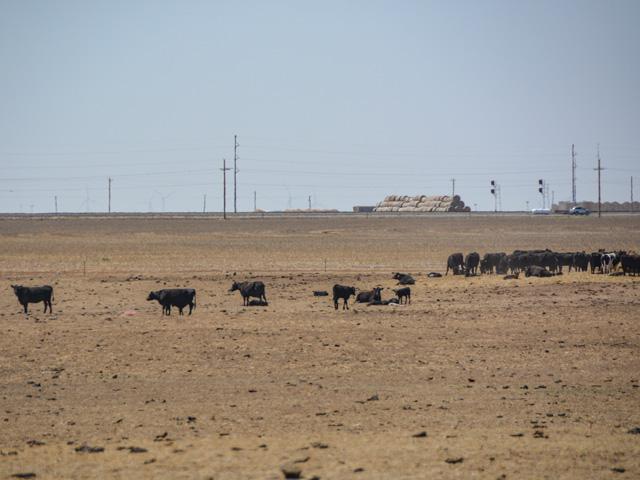