Research in cattle tends to show that some of the negative effects of heat stress might be mitigated with a yeast probiotic supplement. That can be good news when beef prices continue to climb, and anything that negatively impacts weight gain is enormously costly.

USDA reports that economic losses associated with heat stress originate from three primary factors: decreased performance, increased mortality nd decreased reproduction. An estimate of losses over a summer season in the U.S. sets the average loss associated with feedlot cattle at some $369 million. That estimate, reported in a 2003 study, would be even greater in today's market.

David Ledgerwood, technical services manager at Chr. Hansen, shared in a new report that probiotics can help with these losses by creating a more effective feeding strategy.

"The main benefits of probiotics within the rumen are to remove oxygen," he explained, adding that in doing so, an increase in cellulytic bacteria and lactic acid utilizers is encouraged, lactic acid producers are reduced, and pH is stabilized.

In laymen terms, a probiotic helps increase the digestibility of feed. It has also been shown to help alleviate leaky gut syndrome, which can lead to inflammation, poor nutrient absorption, and an increase in the introduction of pathogens.

Commonly used bacteria as probiotics are Lactobacilli (lactic acid bacteria), Bacilli, and Saccharomyces cerevisiae. Ledgerwood recommended a combination of effective probiotic bacteria and live yeast to help before, during and after the hot, summer season.

A 2019 study published by "Frontiers in Veterinary Science" by a team of researchers from USDA's Livestock Issues Research Unit in Lubbock, Texas, and the Phileo Lesaffre Animal Care unit at Cedar Rapids, Iowa, looked at negative effects heat stress might have, specifically on feedlot heifers and how to mitigate it.

The group, led by research microbiologist, Rand (Paul) Broadway, compared a standard finishing ration with a ration that was supplemented with a combination of a live yeast and yeast cell wall product. After 50 days, the heifers were moved to an environmentally controlled facility for testing.

Heifers supplemented with the combined live yeast and yeast cell wall product had decreased vaginal temperatures and respiration rates, and increased water intake in comparison to non-supplemented control heifers. Yeast supplemented heifers also lost slightly less weight during heat stress. In summary, the researchers reported that some of the negative effects of heat stress could be mitigated by supplication prior to a heat stress event. To read the study go to: https://www.ncbi.nlm.nih.gov/…. 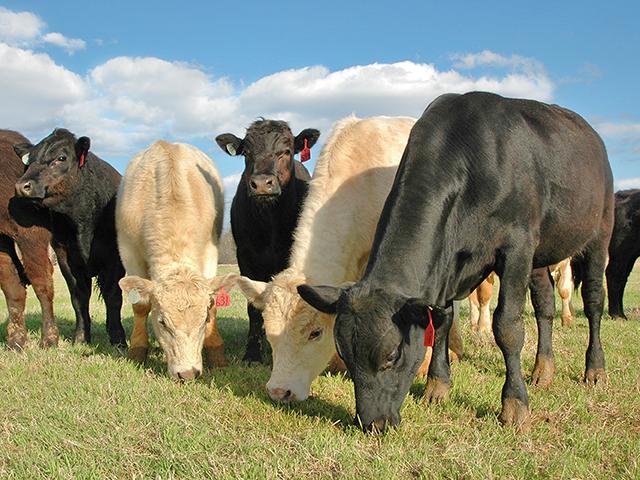