It's not easy being green. Beyond Meat and its founder, Ethan Brown, continue to fight lawsuits on multiple fronts in defense of their product line. The latest suit is a proposed consumer class action filed at the end of May in Illinois.

Named representatives of the suit included Angelique Roberts, Hannah Offutt, Dylan Rushing, Orlandra Hawthorne, Nisha Albert and Adam Sorkin, all of Illinois. The complaint was filed in the U.S District Court for the Northern District of Illinois, Eastern Division.

This is a civil action on behalf of all consumers who bought Beyond Meat products for personal or household use. The complaint lists seven actions, including false and misleading statements regarding some of the maker's products' protein content levels.

From the complaint, plaintiffs allege: "Beyond Meat Products' labels, and Defendant's related marketing claims, are false and misleading because Defendant (1) miscalculates and overstates the Products' protein content, which is measured in grams per serving determined by nitrogen testing; (2) miscalculates and overstates the quality of the protein found in its products, which represented as a percentage of daily value and calculated by the Protein Digestibility Amino Acid Corrected Score method; and (3) misleads consumers into believing that the products provide equivalent nutritional benefits to that found in traditional meat-based products."

The plaintiffs' counsel commissioned testing of Beyond Meat's products, according to the complaint, which showed, for example, that the Beyond Beef Plant Based Ground 16-ounce patties, labeled as having 20G per serving and a 40% DV (daily value) for protein, actually contain 19G protein per serving and just 7% DV for protein. This, states the complaint, is an "underfill of 5% for protein content and an underfill of 33% for percent DV of protein."

The complaint doesn't just pertain to the 16-ounce Beyond Beef patties, but also to Beyond Chicken tenders, Beyond Meatballs Italian-style meatballs and Beyond Breakfast sausage patties and breakfast links. Plaintiffs aver that, "Defendant knew that the claims are false and misleading, yet still advertised, labeled, and packaged the products with false and misleading claims."

This class action falls on the heels of complaints from Don Lee Farms, which also alleged overstatement of protein values, as well as false representations regarding a lack of synthetic ingredients, misappropriation of trade secrets, breach of contract, fraud and negligence.

Don Lee Farms and Beyond Meat have a history. Don Lee Farms, established in California in 1982, had been an exclusive supplier to Beyond Meat. They were the first organic plant-based burger and crumble company in the U.S. The company sued Beyond Meat and founder/CEO Brown in 2017. Beyond Meat countersued Don Lee Farms, alleging that company breached its supply agreement and failed to address serious food safety concerns. Final judgments on many of the major issues remain pending.

Media reports have quoted a spokesperson for Beyond Meat as saying the allegations lack merit and that they will fight them vigorously in court.

Beyond Meat went public in 2019 and was the most successful initial public offering (IPO) of stock since the 2008 financial crisis, according to a report in Bloomberg. The report, released at the end of last year, summed up the feelings of many investors when it said that "two-and-a-half years later the company is still struggling to turn that buzz into products on the shelf, leaving Wall Street disappointed and some customers empty-handed as the competition closes in."

Last year saw Beyond's sales slump, and the company forecast of $120 million to $140 million in sales was reduced by October to $106 million.

Editor's Note: Attempts to reach a Beyond Beef spokesperson to respond to these allegations prior to our deadline were not successful. We will continue to follow the case and update readers as additional information becomes available. 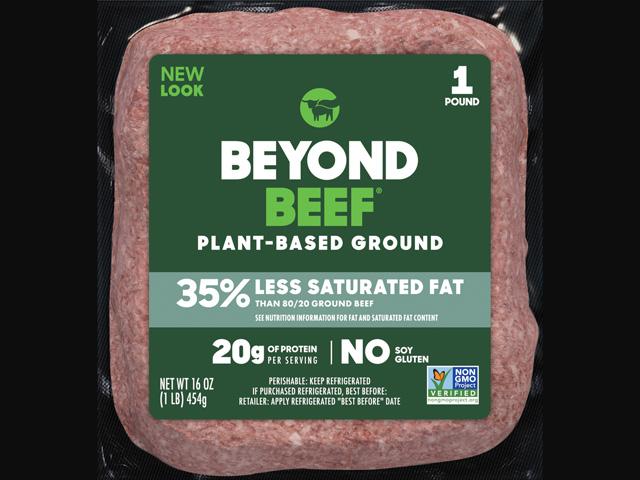