WASHINGTON (DTN) -- As Congress tries to clear off some legislation before wrapping up the year, the House on Wednesday passed four bills the House Agriculture Committee had urged the full House to approve, including overwhelming support for an extension of the Livestock Mandatory (Price) Reporting Act and the creation of a library of cattle contracts.

House Agriculture Committee Chairman David Scott, D-Ga., said on the House floor before the vote that Livestock Mandatory Reporting provides necessary transparency for livestock producers. The bill extends the legislation through September 2022, providing more time for the congressional committees to consider broader reforms proposed by lawmakers from both parties

"In talking about our great livestock producers, I've heard time and again how important it is to extend this mandatory reporting program and that if we let it lapse, it would cause significant problems for our farmers and ranchers. And we're working together to make sure we get the job done the right way," Scott said.

Scott added the extension allows continued negotiations to occur for other potential reforms even as cattle markets are recovering and prices have rallied. "This change in market dynamics is important to account for as we look to reach a consensus point on the framework of our reforms," Scott said.

The National Cattlemen's Beef Association noted that the LMR reauthorization passed by a vote of 418-9.

The Cattle Contract Library Act, H.R. 5609, passed by a vote of 411-13. Sponsored by Reps. Dusty Johnson, R-S.D., and Henry Cuellar, D-Texas, the bill directs USDA's Agricultural Marketing Service (AMS) to establish a contract library for cattle contracts. This will provide cattle producers with more market transparency, by requiring USDA to publish reports on the details of contracts between producers and packers for the sale of fed cattle.

"The fact that House Agriculture Committee Chairman Scott and Ranking Member (Glenn) Thompson, (R-Pa.), have both been vocal champions for LMR reauthorization is yet another indication of the broad-base support this measure has among producers across the country. LMR is absolutely essential to fair, competitive, and transparent cattle markets. We appreciate Chairman Scott's leadership, and the heavy engagement we have seen from both sides of the committee on this issue. We also thank Rep. Johnson and Rep. Cuellar for their work to equip producers with vital market data through a cattle contract library," said NCBA President Jerry Bohn.

The creation of a cattle contract library and the reauthorization of LMR are both widely supported across the cattle and beef industry, NCBA added. When livestock groups met in Phoenix earlier this year to identify common goals and priorities, those two measures were agreed upon as urgent. The pork industry already has a similar contract library. In October, the North American Meat Institute (NAMI) had asked the House to "pause" and include packers in the talks for the library since the packers would bear the burden of complying with a new federal mandate.

Both bills would still need a vote in the Senate and signature of the president to become law.

Zippy Duvall, president of the American Farm Bureau Federation, thanked House members for passing both bills to provide cattle producers with more information "which is needed now more than ever as prices skyrocket at the grocery store while payments to farmers lag behind."

Duvall especially thanked Chairman Scott as well as Reps. Johnson and Cuellar while calling on the Senate to pass similar bills.

"Their work on behalf of America's ranchers helped create overwhelmingly bipartisan support for both pieces of legislation. We urge the Senate to work together in a similar fashion to ensure market fairness for farmers and ranchers working to put food on dinner tables across the country," Duvall said.

Another bill backed by the Agriculture Committee, H.R. 5608, sponsored by Rep. Ron Kind, D-Wis., and Thompson authorizes $70 million annually for fiscal years 2022-28 for research and management of chronic wasting disease, with the money to be split evenly between research and management, administered by USDA's Animal and Plant Health Inspection Service (APHIS).

The House also passed H.R 4489, sponsored by Reps. Kim Schrier, D-Wash., and Doug LaMalfa, R-Calif., which would allow the U.S. Forest Service to retain interest on settlement funds and apply those additional resources to complete necessary restoration work on lands damaged by mining activities and wildfires.

The House also got involved in supply chain challenges at major ports by passing the Ocean Shipping Reform Act, H.R. 4996, introduced by Reps. John Garamendi, D-Calif., and Dusty Johnson, R-S.D., by a vote of 364-60.

Garamendi said the bill would establish reciprocal trade to promote U.S. exports as part of the Federal Maritime Commission's (FMC) mission. It would require ocean carriers to adhere to minimum service standards that meet the public interest, reflecting best practices in the global shipping industry. Ocean carriers or marine terminal operators would be required to certify that any late fees -- known in maritime parlance as "detention and demurrage" charges -- comply with federal regulations or face penalties. The bill would also shift burden of proof regarding the reasonableness of "detention or demurrage" charges from the invoiced party to the ocean carrier.

Just as importantly for agricultural shippers that have seen products left at docks, the bill would prohibit ocean carriers from declining opportunities for U.S. exports unreasonably, as determined by the FMC in new required federal rulemaking. Another provision would require ocean common carriers to report to the FMC each calendar quarter on total import/export tonnage and 20-foot equivalent units (loaded/empty) per vessel that makes port in the United States.

The U.S. Dairy Export Council and the National Milk Producers Federation, which support the bill along with other U.S. agricultural interests, said, "If passed by the Senate and signed into law, the legislation will help alleviate delays and disruptions at U.S. ports that have cost the U.S. dairy industry well over $1 billion this year. American dairy exporters since late 2020 have faced unprecedented challenges in securing shipping container accommodations on ocean vessels while contending with record-high fees and shipping access volatility, most of which has been driven by foreign-owned ocean carriers."

National Fisheries Institute President John Connelly said, "The bill is a good start and is a recognition that Washington can and should play a role in fixing a broken value chain. Especially for small businesses, the supply chain crisis continues unabated, and whether it's preventing shipping lines from sending empty containers back or expanding U.S. enforcement powers, a focus on these issues now is needed." 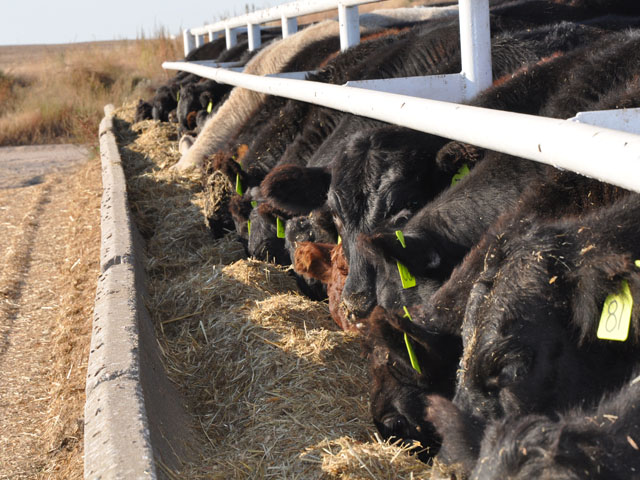