For 36 years, Walt Prevatt coached producers on ways to squeeze a profit from their cattle operations. Now, the retired ag economist is practicing those same principles, starting with flexibility, on the operation he owns and runs with wife, Peggy, and son, Chris.

"A lot of people don't recognize how important flexibility is in marketing and production," says Prevatt, who says he started his Alabama cattle business on the back of what most in the business would consider "thin" cows.

"Our grass wasn't good enough for stockers, but it was for thin cows," he says of the family farm in Pine Apple. Prevatt purchased the former hunting property in 2011. It was in foreclosure, overgrown with head-high weeds and only fenced on one side. To put it simply -- the place needed work.

After fencing the perimeter, they bought the first cows in the fall of 2012. There was a small, run-down orchard, maybe a quarter of an acre, that had been fenced to keep animals out. The Prevatts used this, starting out by buying just 12 to 14 cows at a time and training them to graze designated areas with a strand of electric fence strung across one side of the orchard, deworming them and turning them out.

When the Prevatts started the operation at Pine Apple, they were still living in Auburn. Arriving on the farm on Friday, they used poly wire and step-in posts to give the cows enough stockpiled fescue to last until Sunday. Then they'd move the wire to give the cattle five more days of grass. With the 120 acres they had fenced, along with minerals, they put 250 to 300 pounds of gain each on 65 cows.

"It was amazing the difference the weight gain made in the appearance of those thin cows," recalls Prevatt.

For three years, while they worked fences, built facilities and improved forages, they continued to buy thin cows, put weight on them, and sell them.

"Twenty to 30% of them were pregnant, so we'd get little bonuses. We liked that," adds Prevatt. He explains that any "bonus" heifer calves were the start of Peggy's cow herd, which now numbers 40 cows and is on leased land. While they both enjoy the cow-calf enterprise, growing it large enough to be a main enterprise wasn't economical.

"We have 270 grass acres and the most we can run is 120 head of mama cows. That isn't enough to be an economic unit," Prevatt explains.

Chris Prevatt, Walt's son, is also an ag economist, working at the University of Florida. He has a special interest in forages and has put his expertise to use on the home operation.

When the Prevatts bought the farm, it was a mix of tall fescue, dallisgrass, johnsongrass and clovers. Since then, they've added Red River and Quick N Big crabgrass, which flourishes in the summer and helps dilute the toxin in the fescue.

On half the land, they stockpile the fescue and use it as standing hay during the winter. On the other half, they drill in a mix of winter annuals and small grains including rye, ryegrass, oats, triticale, vetch, clovers, and brassicas.

The key to success on the forage front is the same as on the cattle side -- flexibility.

Walt Prevatt admits, "I was a ryegrass person and didn't see the value in a mix. But it worked well to raise forage quality and spread out forage production over a longer grazing period."

He has also seen the value in switching supplements.

"We used to use a lot of whole cottonseed when it was $165 a ton. Now it is $325 to $350 a ton," Prevatt says. They changed over to soy hulls for $212 a ton. Because of their high quality and abundant forages, they only supplement about 2 pounds per head, per day. Most years they don't feed any hay.

Stockers brought a new stream of income to the Prevatts' cattle business.

"With stockers, we easily run 250 head and get out three, maybe four, truckload lots," Walt Prevatt says. "I'm a firm believer in board sales, I helped organize a dozen of them. However, you have to have a truckload unit to sell."

That reasoning gets a thumbs up from Oklahoma State University (OSU) Extension livestock marketing specialist Derrell Peel. "When and where you sell, along with larger lots that are uniform, all add value. There is lots of data to back that up."

Prevatt buys most of the stockers, 10 to 20 head at a time, at auction markets within a 100-mile radius of the operation. He also buys direct from a few local producers. He typically buys 250- to 400-pound black-hided or Charolais-cross calves in the fall, aiming to sell in the spring and summer at around 900 pounds.

While stockering male calves has worked well, the last couple of years, the Prevatts have switched primarily to heifer stockers. They target a sale weight of 750 pounds. Their decision isn't completely based on margins. About 70% of the males he bought were bulls, and the Prevatts do their own processing.

"It was too much of a job to castrate them," he says. "Plus, Peggy gets the cutbacks on the heifers for her herd."

In 2021, the Prevatts adapted from a fall-spring backgrounding program, to a winter-fall program. Last year they weren't able to plant winter grazing until November, so Prevatt delayed buying until late winter and early spring.

So far, the change has worked, he notes, explaining the key has been the abundant forages in 2021 which have helped keep the cost of gain low.

This ability to quickly adapt to markets and environmental changes, says OSU's Peel, is another plus for stocker operators.

"There is some opportunity for profit virtually every year. In general, stocker operators have the flexibility to change different parts of their operation, whether the size of the animals they buy or sell, the length of time they own them, the time of year they have them, or whether they buy steers or heifers," he says. "It may also be a function of quality. They may buy number one animals and take advantage of increased gain or buy animals that are lower in quality but more of a bargain.

"Walt really understands the economic drivers and is truly flexible." 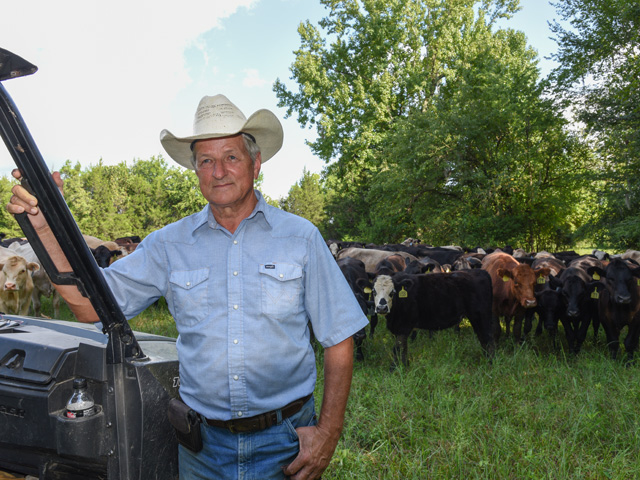