The House Agriculture Committee on Thursday, Oct. 21, advanced a bill on a voice vote to create the new cattle contract library, to help producers understand terms of contracts, and to see the number of contracts committed to individual packers.

Johnson co-sponsored the bill, HR 5609, with Rep. Henry Cuellar, D-Texas. Johnson made his case for the bill, which would amend the Agricultural Marketing Act of 1946, noting that price discovery is critically important to any functioning market.

"You can't have price discovery if you don't have transparency," said Johnson before the committee. "This [price discovery] used to be easy in the cattle market, when a majority of cattle went to the sale barn and everyone could see exactly what the bids were. But as sales moved away from cash markets and to alternative market agreements, transparency has been harder to come by. This bill injects transparency back into the marketplace."

The bill, as it stands today, would require the secretary of agriculture to establish and maintain a library or catalog of each type of contract offered by packers to producers for the purchase of all or part of the producers' production of fed cattle (including cattle that are purchased or committed for delivery), including any schedules of premiums or discounts associated with the contract.

This information would be made publicly available in weekly or monthly reports. It would include: total number of fed cattle committed under contracts for delivery to packers within the 6-month and 12-month periods following the date of the report (by region and contract type); number of contracts with an open commitment along with any limitations on number of cattle to be delivered under such contracts; total maximum number of fed cattle to be delivered within the 6-month and 12-month periods (by region and contract type).

Not everyone involved in the beef industry believes all the consequences of HR 5609 have been fully vetted. Shortly after the hearing, during which the bill received enthusiastic, positive comments, the North American Meat Institute issued a statement calling for a slowdown. The Meat Institute is a trade association for meat and poultry packers and processors. The statement said the group was still analyzing the bill and considering how it might affect their operators.

"More time is needed to consider how the bill will affect livestock producers, feedlot operators and packers and processors," said Julia Anna Potts, president and CEO of the Meat Institute. "Due to the limited time allowed to consider the legislation, we ask the House to pause and include packers in the conversations, since the packers would bear the burden of complying with this new government mandate." She added, "There is already robust price discovery provided by beef packers on a daily basis."

Rep. Tracey Mann, R-Kan., noted in the hearing that it was important to know if the opportunity would exist in the future, should the act be adopted, to go in and adjust it. He said, "Kansans deserve to know if we can reexamine the legislation."

Johnson responded that there would be opportunities to go in and change provisions if the committee felt that was necessary in the future, as it would be reauthorized as part of Livestock Mandatory Reporting, which is itself reauthorized every five years.

Rep. Abigail Spanberger, D-VA, supported the cattle contract library and noted she had heard concerns over market transparency directly from her state's livestock producers. She said it is clear greater transparency would best serve the cattle industry.

"Competition, price discovery and transparency are desperately needed and are good for the functioning of any marketplace," said Spanberger to the committee. "The concept behind this bill is not new. USDA and Congress have already recognized the value of contract libraries in context of the pork industry, and this committee has heard testimony from several voices in the cattle industry asking that the same concept be applied to the sale of cattle. This legislation is commonsense." 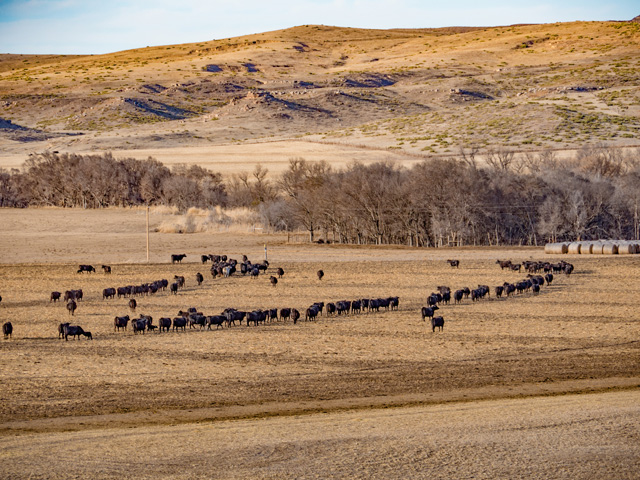