News of continued high inventory numbers for cattle on feed was enough to fuel some bearish talk among livestock analysts last week. But producers shouldn't let that spur them to underprice feeders, as time is on their side.

In his market report, Oklahoma State University Extension livestock marketing specialist Derrell Peel commented on the data, adding that August 2021 placements were the largest total for that month since 2011. He said weight distributions for those placements showed the unexpected increase was almost entirely in heavy weight placements.

COW-CALF PRODUCERS IN A GOOD PLACE

Corbitt Wall, livestock market specialist with DVAuction out of Texas, told DTN the more analysts looked at those cattle on feed inventory numbers last week the more bearish they appeared. But he believes a lot of what the industry is seeing is really a function of people being fearful about feed costs late fall into winter.

"A lot of those cattle were in backgrounding operations," he said. "They were already on feed, just not in a big feedyard, which is what the report follows. So, a lot of these cattle were likely being fed a concentrated ration, they were also being held on grass for cheap gains as long as possible. It's those cattle that added to this number, and that's why we saw so many heavy placements."

While analysts dissect the numbers and wait for the next data drop, Wall says cow-calf producers need to keep their eyes on the prize.

"The reality of this is that we're short on cattle, and numbers are dwindling quickly. As dry as it's been in the big range country of the Northern Plains this summer, they've whittled and whittled and culled the cow herd. Cow slaughter has been huge. And heifer slaughter has been really big. All spring, we saw ranchers bringing replacements to market because it has been so dry they couldn't hold both their cows and those replacement heifers. I'm telling you, if you're a cow-calf producer and you can hold your herd together right now, you're in the driver's seat."

Moving toward the end of the year, Wall said anyone with feeders to sell will be in a good position. While recent prices for 8-weight steers have been in the $150s, Wall said he thinks the market will do better moving forward.

"The 150s is not terrible, historically," he said. "I think we'll see better though. The problem right now is that most of those 8-weight steers are not yearlings, they are big calves. If you're a feeder you'd rather buy a yearling because they are going to gain more efficiently. Those big calves won't give you the catch-up a yearling will. But having said all of that, and recognizing this will hold the market back a little, the numbers on those 8-weights will still be in the seller's favor. I think we'll see in the 160s on that 8-weight steer toward the end of the year. And the longer it's been since they've seen their momma, the better."

Asked if producers can add onto today's prices with premium programs, Wall said they absolutely can. In fact, he added, he used to be one of those people who said the cattle market didn't have premiums, only discounts.

"I don't say that anymore. Today, there are definitely premiums for health programs, if they are third-party verified. Non-hormone-treated cattle (NHTC) and verified natural (no antibiotic) absolutely bring a premium today and there is a big demand. What holds most producers back is the third-party verification. But at a $30-per-hundredweight premium, I think people need to take a look at it. As recently as three to five years ago, we didn't have the demand for these cattle we do today. Many producers are already doing the work, they just need a marketing program to take advantage of it." 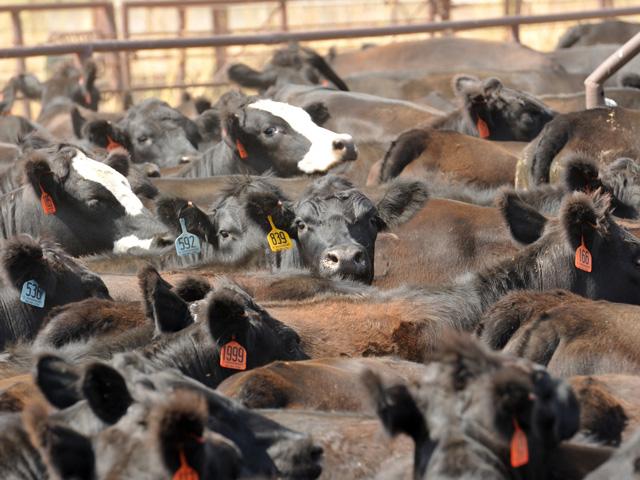