Cow herds in some areas are being hit hard this year by the blood-borne disease anaplasmosis. Severe anemia caused by anaplasmosis can lead to sudden death, with mature cows especially at risk. In years past, this has been a big concern as cow-calf producers moved into restocking phases for their operations.

Concern is heightened as new adult cattle are brought into existing herds. The new animals may be anaplasmosis carriers, or they may be clean but lack herd immunity the home herd (which may carry anaplasmosis) has developed. Either way, results can be devastating.

Initial infection periods are especially dangerous and are most often when sudden death results. Once an animal is infected, if they survive, they carry the illness and can pass it on for the rest of their lives.

Texas has historically been a prime area for anaplasmosis concerns, due to environmental conditions that a common carrier, ticks, thrive in.

Thomas Hairgrove, Extension veterinarian and professor at Texas A&M, has researched and written on the topic of anaplasmosis for many years. He explained in an earlier interview with DTN that the blood-borne disease is most often spread by ticks, biting flies and use of contaminated instruments to work cattle, including needles and ear taggers.

"In carriers, we can't find anything to support the idea that there are more abortions or conception rates," he said in that earlier interview. He added that bulls may also be infected, and research was continuing to look at whether this could affect their fertility.

"If you think you're dealing with an anaplasmosis situation, be very gentle in animal movement. You don't want them running. Keep them as quiet as you can as you move them," he said.

Treatment options should always be dictated by the herd veterinarian, but Weaber noted there are antibiotics to help infected animals get past critical time periods. Some producers will feed antibiotics in a daily supplement, and he said some antibiotics are approved for use in a mineral mix. These are only available with a Veterinarian Feed Directive (VFD).

"Self-feeding is an issue," Weaber said. "Not all of the animals will eat minerals at a dose we want them to every day. So, there are challenges when it comes to controlling the disease."

In some cases, veterinarians in endemic areas have recommended an anaplasmosis vaccine as a type of control program. This is a multi-vaccine approach, which some producers have limited by first testing for anaplasmosis and then only treating animals with positive test reactions.

Developed by Louisiana veterinarian Gene Luther in 2000, the University Products LLC (UP) vaccine has FDA approval for experimental use. Based on literature from UP, the vaccine is a 1 cc dose, administered subcutaneously in the neck. The first year, two doses are required (four weeks apart), with annual boosters each year thereafter. Protective immunity, according to UP, occurs "in a week to 10 days after the second injection of vaccine." This is a killed vaccine, and stable at environmental temperatures. The vaccine is reported safe in pregnancy. It is produced in Louisiana at LSU by Gene Luther.

There may be other options on the horizon when it comes to vaccinations. Last year, a one-dose implant vaccine was reported under development by researchers at KSU and Iowa State University. The objective was reported by KSU to be an implant to provide "long-term immunity against anaplasmosis infections by releasing vaccine contents over an extended period." It is administered in the back of the ear. Based on reported research results, the implant protected against clinical anaplasmosis up to two years.

Editor's Note: At publication time, a commercial release date for the one-dose implant had not been announced. Calls to researchers for updates on the vaccine were not returned in time for this article. 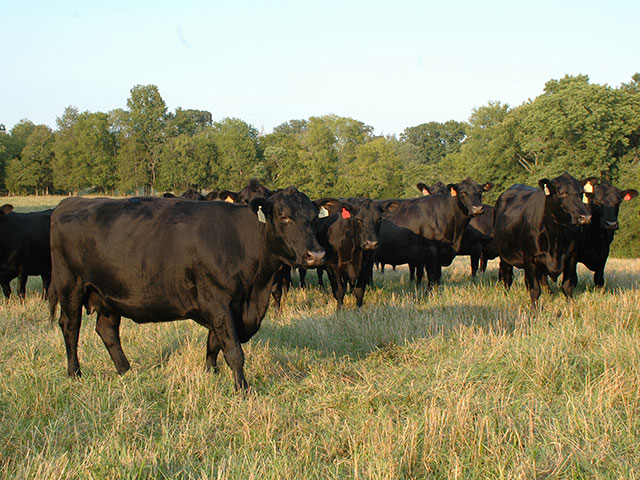