LINCOLN, Neb. (DTN) -- Animal rights groups do not have a First Amendment right to lie in order to gain access to agricultural facilities to conduct undercover investigations, the U.S. Court of Appeals for the Eighth Circuit ruled this week, in overturning an Iowa district court's ruling against the state's 2012 so-called "ag-gag" law.

In 2017, a coalition of animal, environmental and community advocacy groups led by the Animal Legal Defense Fund, challenged the law's constitutionality. In January 2019, the U.S. District Court for the Southern District of Iowa in Des Moines struck down the law, ruling that the ban on undercover investigations at factory farms and slaughterhouses violated the First Amendment.

The state has since passed a number of other laws designed to prevent undercover investigations at animal and other facilities.

The Eighth Circuit said the law's access provision was consistent with the First Amendment because agriculture facilities could be awarded compensation for damages that are not necessarily physical in nature.

"Nominal damages are not 'purely symbolic, a mere judicial token that provides no actual benefit to the plaintiff,'" the court said.

"Even without physical damage to property arising from a trespass, these damages may compensate a property owner for a diminution of privacy and a violation of the right to exclude legally cognizable harms."

The Eighth Circuit, however, upheld the lower court's ruling that an employment provision in the 2012 law was unconstitutional. That provision makes it illegal to make false statements to gain employment at animal facilities.

"Insofar as the state has a compelling interest in preventing false statements made to effect offers of employment, a prohibition on immaterial falsehoods is not actually necessary to achieve the interest," the court said in its ruling. "There is a less restrictive means available: proscribe only false statements that are material to a hiring decision."

The 2012 law came about after at least a couple of widely publicized investigations into hog operations.

Immediately following the Eighth Circuit ruling, the Animal Legal Defense Fund, People for the Ethical Treatment of Animals, or PETA, filed a civil rights request for injunctive relief from a 2021 Iowa bill signed into law in April in the U.S. District Court for the Southern District of Iowa.

The new law makes it an aggravated misdemeanor to enter private property without the consent of the owner and take samples of soil, water, or animal products. It also criminalizes placing a camera or other surveillance device on such properties. The law provides protection to property owners beyond agriculture.

In the injunction request, the groups say the new law also violates the First Amendment by restricting undercover investigations at animal facilities.

"Like other ag-gag laws passed after courts rejected early attempts to suppress advocacy groups' investigations, Iowa Code 727.8A seeks to create the gloss of legitimacy by applying to industries beyond agriculture, so that the state can claim its aim is not just to prevent pro-animal speech," the groups said in their court filing.

"And it targets speech alongside other activities, so that the state can claim its real aim is to prohibit conduct, not speech."

The state now has a number of laws on the books designed to protect animal agriculture from undercover investigations into animal facilities.

It also does not pertain to people having "lawful authority" to enter onto a property, including federal, state and local government officials.

On March 12, 2019, the Iowa Legislature passed a bill making it a trespass crime to conduct undercover investigations at livestock farms.

It was signed into law by Reynolds two days later. Animal rights groups filed a lawsuit on April 22, 2019. In December 2019, a federal judge in the U.S. District Court for the Southern District of Iowa granted a preliminary injunction preventing Iowa officials from enforcing the law.

The 2019 law makes it illegal for a person to gain access to an ag facility through deception if the intent is to cause an "injury" to the "business interest" of the facility. 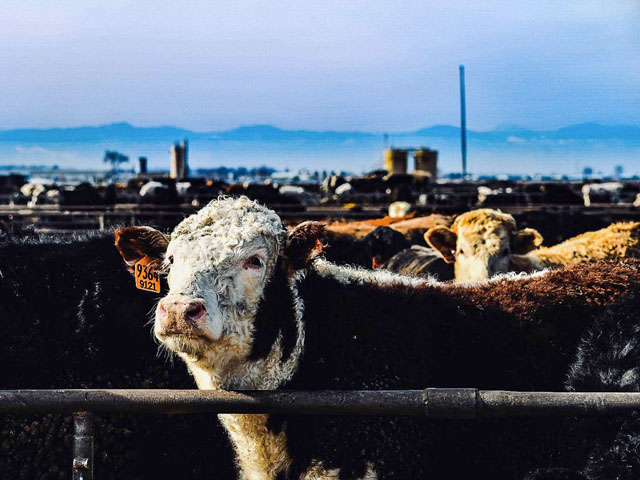