Schaben added, "If we process more than a half a million cattle a week in the fed cattle industry, in my simple math that's a half a billion a week that is eroded out of our rural economy. As we all look for ways to stimulate the rural economy, if we can bring a functioning cattle market back and bring that spread narrowed down, that's the way we can infuse more cash into our rural sector."

Senators have been focusing on concentration and consolidation issues in the cattle market, particularly exploring the reasons for price disparities, lack of price transparency and what can be done to expand competition in the industry.

Sen. Charles Grassley, R-Iowa, ranking member on the committee, questioned Tyson Fresh Meats Group President Shane Miller as to why such a price disparity is occurring.

Miller told the committee a lack of packing capacity isn't to blame for a divide between live cattle and boxed beef prices, even as the Biden administration is investing in expanding smaller meatpacker production capacity as one solution to expand competition.

"What we pay our cattle feeders truly depends on the market conditions," Miller said in response.

Whether producers choose to sell cattle through sale barns or formula contracts such as alternative market agreements (AMA) is up to the producers themselves, Miller said. It differs regionally, he said.

"For instance, in the upper Midwest a larger percentage of cattle feeders prefer to use cash basis as a method to sell their livestock," Miller said. "And as you go further into the South they prefer the AMA. So, the AMA is guaranteed to market for these specialized cattle, but they also ensure that the producer is compensated for the value that they add to the market."

Schaben, later asked about AMAs by Sen. Ted Cruz, R-Texas, said all the contracted cattle ahead of time take away from the cash market. "Yet all of those formula cattle are based on the cash market," Schaben said.

Miller told senators difficulty finding labor brought on by the COVID-19 pandemic is at the root of the price disparity.

"The present divide between live cattle and boxed beef prices is not the result of a consolidated industry, lack of competition or the cash markets," Miller said in prepared remarks to the committee.

Miller told senators the lack of workers slowed down chain speeds, adding that Tyson is still producing less food at facilities than before COVID-19 hit.

"Going back to the pandemic, we were throttled down tremendously," he said.

Miller said when COVID-19 hit Tyson was at the "top of the cattle supply cycle." The country as a whole already had an ample supply of live cattle, he said, and any "significant disruption in existing harvest capacity" would have created a backlog of live cattle.

"Many processors, including Tyson, are not able to run their facilities at capacity in spite of ample cattle supply," Miller said.

"This is not by choice. Despite our average wage and benefits of $22 per hour, there are simply not enough workers to fill our plants."

Though much has been made by federal lawmakers and others about the negative effects of growing market consolidation in agriculture, Miller said Tyson believes "market forces are working as they should."

Grassley said independent cattle producers in Iowa and across the country "deserve a free and fair market."

"The amount of cattle traded on the cash market in the early 2000s was more than 50%, but today it has dropped to only 20%," Grassley said in prepared remarks.

"All other cattle contracts use the cash market as base price for their negotiations. My home state has 60% cash trade and Iowa cattle producers are frustrated that they're shouldering this burden of price discovery."

Although some producers have gained advantages through alternative marketing agreements, Grassley said a lack of price transparency undermines such efforts.

"Captive supply is unfair and anticompetitive when packers use these types of arrangements to fill their needs and small producers can't get a bid for their fed cattle," he said.

"Many of us believe that packers have so much power that they unfairly leverage it against other players in the market and to the detriment of consumers."

Large beef packers have incorporated more processing capacity into their own operations and there has been a shift toward more AMAs and a "thinning" of cash or spot markets, said Rob Larew, president of National Farmers Union.

Larew told the committee more anti-trust attention should be given to the packing industry and if "breaking them up" is needed it should be done.

"This puts producers at greater risk of experiencing lower prices and consumers are more likely to see high prices at retail."

President Joe Biden recently signed an executive order designed in part to bolster competition in agriculture, including reforming the Packers and Stockyards Act.

Though USDA recently touted a new program -- and $500 million in funds -- to grow livestock processing capacity through smaller facilities to address market concerns, Miller said the move will likely have little effect.

"Support for small and local processors might benefit local economic ecosystems and increase customer harvest operations for producers," he said.

"But these operations, because they lack economies of scale, must focus on quality and service to be competitive, and are such a small part of the national industry that investments at this size are unlikely to significantly alter the aggregate industry capacity."

"Whether we are setting ourselves up in five years' time for another situation in the packing sector like the one experienced in 2014 and 2015 remains to be seen," Lusk said. "Additional government investments in capacity for the purpose of improving cattle prices, may be fixing yesterday's problem."

In 2014 and 2015, producers retained heifers and expanded their herds to capture the benefits of higher prices.

Adding processing capacity could be seen as "insurance" against unexpected capacity reductions like what was seen during the COVID-19 shutdown, Lusk said.

"My research indicates that even if we would have had a more distributed packing sector consisting of more small- and medium-sized plants instead of a small number of large plants, the price spread dynamics and beef supply disruptions would not have likely been appreciably different than what we witnessed," Lusk said.

"The problem at the time was not the size or localness of the plants but total industry capacity."

Dustin Aherin, an animal protein analyst with Rabobank, told the ag subcommittee if announced plans for processing plant construction come to fruition it would add about 8,000 head per day of fed cattle capacity in the next five years.

"A note of caution," Aherin said. "There is a point where industry capacity expansion goes too far to withstand cyclical periods of tight cattle supplies. The long-term cattle cycle, drought risks and market fundamentals must be considered."

Even though expanding the small- and medium-sized processing capacity would provide benefits to local markets, Lusk said such an expansion could hurt the industry as a whole.

"Excess capacity is expensive and it is in no individual packer's interest to routinely operate at significantly reduced capacity," he said. 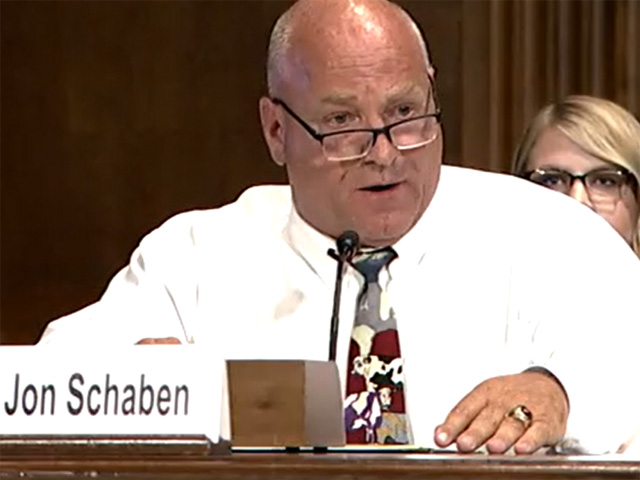